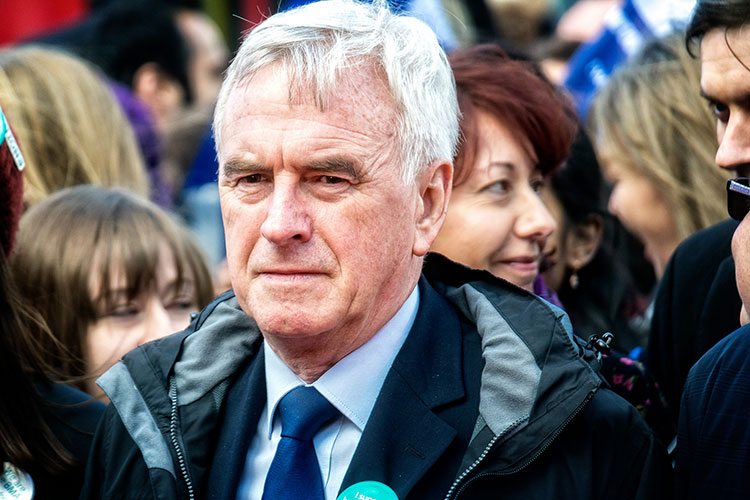 Throughout the attempted Labour leadership coup, a particular criticism of Corbyn has cemented its place in the cultural consciousness. After the initial buzz of ‘Corbynomics’ had died down to a frustrated grumble, both former supporters and determined detractors accused the leadership of having ‘no policies’.

However, on 18 July, Shadow Chancellor John McDonnell, was in Sunderland talking policy and laying out an economic pledge which he claims will “lay the foundations of a new economic model for British prosperity”.

McDonnell pledged that on coming to power, Labour would set up a national investment bank, alongside regional banks, to mobilise £500bn. The national strategy aims to “transform Britain”, and the regional banks would “rescue Britain’s communities from decay and rebuild Britain’s industries after years of neglect”. This is based on a German initiative, in which the government runs a national ‘development bank’.

As the window for registering as a Labour supporter passes through its 48 hours, McDonnell has taken the opportunity to lay out the Labour leadership’s grandest plan yet.

Because – in theory – we are so far away from the next general election, the proposed policies and plans by the Labour leadership so far have not been costed out, or written down in fine detail in a manifesto. This is the basis for the criticism of their ‘lack’ of policies. In fact, Corbyn and his cabinet have advocated numerous initiatives and ideas over the last year. These  criticisms of Corbyn’s leadership originate elsewhere or are simply politically motivated.

Owen Smith, one of the contenders for the leadership, has just launched his plan for ‘Britain’s New Deal’, in an attempt to posit his policies in comparison to that of US President Franklin Roosevelt’s post-war New Deal which boosted the country’s economy, industry and morale. Smith also referenced the criticisms of the Labour leadership in his campaign launch, saying: “you have to be pro something”.

Nick Cohen at The Guardian took on his colleague Seumas Milne, Guardian journalist and Corbyn’s strategy and communications director, in an article that branded Milne as a “killer” and the party with a “stench of death”. Cohen accused Milne of being:

Cohen is seemingly, in his cocksure certainty, accusing Milne of lacking the vision Cohen believes the party needs. Their lack of a first-year manifesto means for Cohen that Milne and the “Corbyn insurgency” have left an “L-shaped hole where a leftwing programme should be”.

And infamously, earlier this year, when forced to discuss his own legacy as Labour leader and military strategy, Tony Blair said Corbyn had the ‘politics of protest, not power’.

In numerous speeches, statements and interviews, Corbyn and his shadow cabinet have made it clear that they pledge to borrow money to invest in the country’s public services and infrastructure, tackle inequality by breaking up banks and media monopolies, and give workers more rights to control their workplaces. But the lack of a manifesto-style slate of gathered propositions has meant that many are unsure of what the shadow cabinet is working towards. This is, of course, not helped by the vast and many attacks on their suggested ‘lack’ of policy.

The long-rumbling contest of Corbyn’s leadership has seen him, his team, and close allies such as McDonnell, accused of incompetence. Richard Murphy of Tax Research UK has noted that there was a ‘Corbynomics’ manifesto based, in part, on his own work, but which is no longer active online. He claimed that while there have been progressive policies proposed by the Labour leadership, there have been strategic and logistical failures and/or difficulties in communicating and mobilising them.

But given the tumultuous current political climate, this position is even more testing. 2016 has seen an unprecedented increase in the rate of violent attacks globally and on several fronts, and a sharp turn for climate concerns. These are all complex, volatile, and disheartening situations that will further morph before the opposition gets a chance to even make a dent in them. Numerous political campaigns have descended into nothing more than solid spin, and then proven to be false, leaving the public trust shattered.

It is always difficult to ‘do politics’ from the seat of the opposition, but this year has been particularly vicious to all.

There are genuine examples of failures in communication and ways that Labour could perform better. But it cannot be argued that they do not have any policies at such an early stage; they clearly have many plans from which to make policy come election time. These plans are supported by, at the very least, hundreds of thousands of people.

It is time that this is recognised, and not least by Labour themselves – visibly, in one place. Now that a snap general election seems less likely, there is less pressure to produce a manifesto. But to deal with the current instability and controversy of leadership – all over the spectrum of British politics – the Labour leadership may need to bring forward the precision of policy they’ve been reserving for 2020.

Write to your MP about what policies you want to see.