With one comment, Theresa May just proved that nasty politics didn’t end with Cameron (VIDEO) - The Canary 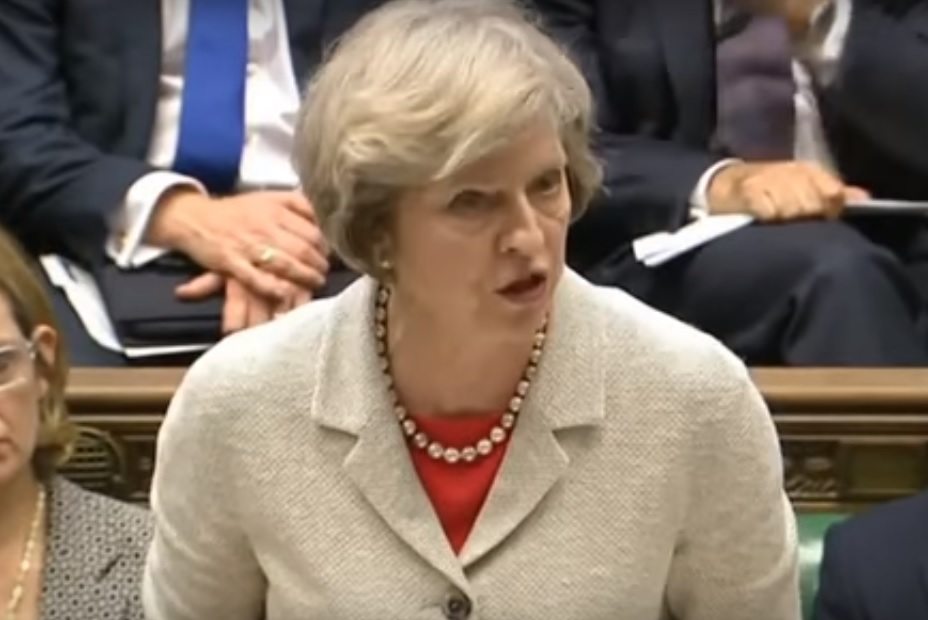 Some optimist types might have hoped that the tactics of slander had left 10 Downing Street along with David Cameron. But Theresa May just made it perfectly clear that she has no plans to overturn what has become one of the Conservative government’s main methods of disagreeing with its opponents.

Responding to an intervention by Green MP Caroline Lucas in the debate to renew Britain’s sea-based nuclear weapons system on 18 July, May suggested that anti-nuclear MPs were “the first to defend the country’s enemies”.

Lucas had exposed the dangerous logic behind the decision to renew Trident, saying:

If keeping and renewing our nuclear weapons is so vital to our national security and our safety, then does [Theresa May] accept the logic of that position must be that every other single country must seek to acquire nuclear weapons?

Does she really think the world would be a safer place if it did? Our nuclear weapons are driving proliferation, not the opposite.

May responded by saying:

No, I don’t accept that at all and I have say to the honourable lady that sadly she and some members of the Labour Party seem to be the first to defend the country’s enemies

The same Tory MPs that cheered David Cameron’s nasty politics over the previous six years responded to this comment with roars of agreement.

Due to the roar from the Conservative benches, Lucas could hardly be heard saying “how dare you?!”

So later, she responded to May on Twitter, saying:

Outrageous for PM to say I defend the UK's enemies. It's because I care about OUR safety that I oppose #Trident: https://t.co/3EU4OyJP6D

Nothing new in the nasty party

With her ill-judged abuse, May showed that she had taken a leaf right out of David Cameron’s book. In December 2015, Cameron uttered a similarly slanderous sentiment when he insisted that MPs opposing Britain’s bombing campaign in Syria were “terrorist sympathisers”.

But both May and Cameron were essentially using the same kind of language spoken in the past by other powerful figures to discredit peace activists like Gandhi, Nelson Mandela, and Martin Luther King Jr. – who all resisted repressive governments and were dubbed troublemakers and terrorists as a result. And as such, Lucas should feel proud to be placed into that category by Tory warmongers and their pro-nuclear friends in parliament. For if they think she is dangerous and anti-patriotic, that probably means she is more interested in the safety of British citizens than they could ever dream to be.

If anyone is defending the enemies of peace and justice in the world, it is the current Conservative government, the one which:

In short, Lucas and other peace activists are not the ones undermining the fight for peace in the world. If they thought bombing or nuclear proliferation would actually do any good, or that unacceptable numbers of innocent civilians would not be killed in the crossfire, they would probably be the first to campaign for it.

The reality, however, is that Britain is led by an establishment that believes force, or the threat of force, is somehow the answer to international disagreements. And all of this comes as they prop up repressive regimes throughout the world and encourage a race towards more and more confrontation.

See the exchange between May and Lucas here:

Read more from The Canary on Trident and show your support if you want us to keep challenging establishment warmongering.