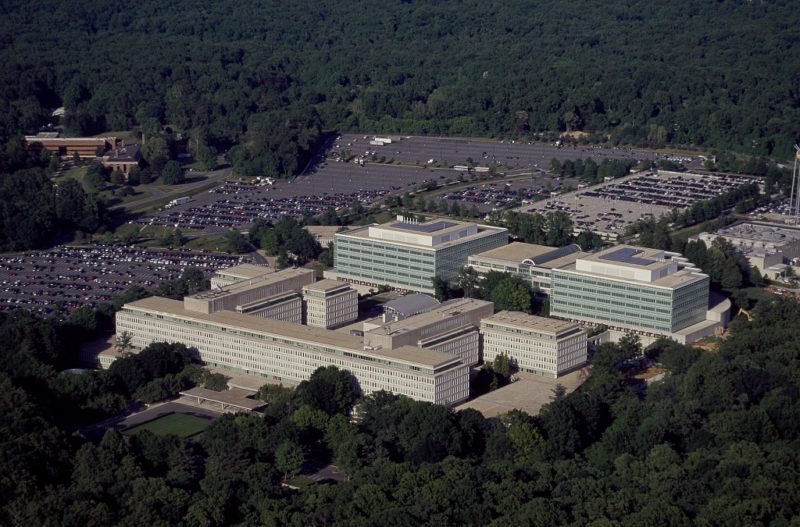 Douglas Laux claims he was the Central Intelligence Agency’s (CIA) top spy operative in Syria, tasked with drawing up plans for regime change during the crucial early years (2012-2013) of Syria’s grinding civil conflict. He was considered the CIA’s “eyes and ears on the ground” in war-torn Syria. Yet it turns out he knew very little, if anything, about the country.

Laux spent most of his eight year career as a CIA operative in Afghanistan, where he was lauded by superiors for his ability to “go native” with his scraggly beard and fluency in Pashto. His attempts to develop an Afghan spy network capable of infiltrating the Taliban and tracking al-Qaida are the focus of his memoir, written after leaving the CIA and entitled Left of Boom: How a Young CIA Case Officer Penetrated the Taliban and Al-Qaeda (St. Martin’s Press, 2016).

The book went through the CIA’s review process prior to publication, standard procedure for former employees wishing to write about their work, which left entire pages of what the CIA deemed sensitive or classified material blacked out. Laux and co-author Ralph Pezzullo left the thick black lines in place throughout the book, perhaps to underscore the authenticity of Laux’s narrative.

But it’s what Laux chooses to tell readers regarding his role in Syria that is most shocking.

After years in Afghanistan, and while recovering at home from a substance abuse problem and broken ankle, he was unexpectedly tasked with making contact with anti-government militants in Syria as part of a sensitive nascent CIA operation.

He soon emerged, in his words, as the CIA’s “lead task-force representative” in Syria, despite having no prior expertise regarding the country and only knowing that “Syria had been front-page” news for over a year.

Laux describes the moment he was given the assignment in the lone chapter in Left of Boom which focuses on Syria, wherein he admits having to “read up” and “learn” about the country:

Then I stopped drinking, bought myself a cool cane with a cowboy boot on the top, rode a bike at the gym daily, and read up on Syria. I learned that the situation on the ground was extremely complex and reflected the ethnic and religious diversity of Syria itself.

Additionally, Laux has acknowledged in multiple media interviews that he only spoke limited Arabic.

By his account, he would eventually write a high level “ops plan” detailing strategies the United States and its allies could implement to topple the Syrian government after a short tour spent secretly embedded inside rebel-held areas of Syria.

In effect, the CIA’s top guy in Syria made-up the agency’s ‘regime-change’ strategy in the country on the fly. No wonder it failed so badly.

The concluding line from Laux’s actual classified plan, circulated widely among intelligence officials, summarised the end goal of CIA covert action in Syria at the time (2012) and is presented in the book as:

[this is] what must be enacted to achieve the desired result of removing President Bashar al-Assad from power.

According to the New York Times, then CIA Director David Petraeus adopted some of Laux’s recommendations on arming “moderate” rebels. Ironically, Laux would later conclude of the jihadi rebels which came to dominate the war:

there were no moderates.

The CIA has formally acknowledged Laux’s legitimacy as a former CIA operative to the New York Times and other media outlets (the CIA rarely confirms or denies who worked for the agency and in what capacity).

But could it really be true that a regime change plan that would impact the fate of millions of Syrians and potentially alter the Middle East forever was authored by a CIA officer who knew little about Syria, couldn’t speak the language, and who admits to having merely seen some media headlines before being given the task?

I posed the above question to a current high-level CIA official who spent part of his career as daily intelligence briefer for the US President. The official spoke to me on condition of anonymity, and said that while Laux possesses an exaggerated sense of self-importance, it’s often the case that officers running foreign operations lack adequate knowledge of their assigned country. They added:

Much as any of us would like to assume that the Agency always has people with expertise in any particular area of the world, one simply can’t assume that. It’s a fact that certain kinds of experts have a hard time getting through the door. Like it or not, the institution prefers a bias for action over substantive expertise. I run into this all the time. We do have amazing experts, but they don’t get sent to run things in-country. We’re fortunate if the experts are consulted.

This very candid explanation reveals uncomfortable truths about the inner workings of secretive organisations like the CIA and how western intelligence agencies keep getting the Middle East so wrong. From Afghanistan to Iraq and from Libya to Syria, the institution apparently prefers “a bias for action over substantive expertise”.

Imagine if a Russian spy were sent to the US tasked with destabilising the US government, but did not speak English and had to start by reading up on the basics of American culture and demographics.

Such an absurdity might be hard to imagine, but the case of Douglas Laux and CIA confirmation of his role in Syria suggests that just such a scenario occurred under the watch of arguably the world’s most powerful intelligence agency.

See Douglas Laux speak to the ‘Book of the Month Club’ below:

See other international articles from The Canary and more on Syria here.