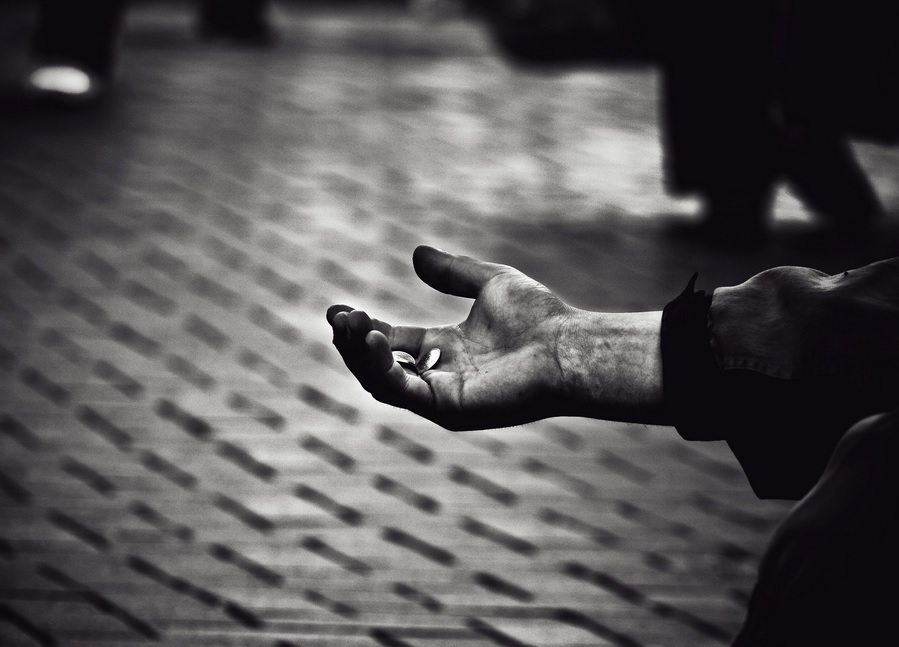 A jaw-dropping report on poverty has just been released by the Joseph Rowntree Foundation. It identifies the amount of taxpayer money needed to fund the levels of hardship in Britain today.

The total figure stands at a massive £78bn, or £1 in every £5 of spending on public services. Simply put, the Conservative government’s ideological assault on the poor is costing the general public billions.

That’s what ‘economic credibility’ in Tory Britain looks like.

The report, Counting the cost of UK poverty, breaks down the total by different areas of public spending. It found that:

It also includes estimates for certain “knock-on effects” of poverty, based on a 2008 study, such as a loss in tax revenue and extra benefit spending. The report does not include benefits such Income Support, Working Tax Credits or Job Seeker’s Allowance.

It is unacceptable that in the 21st century, so many people in our country are being held back by poverty. But poverty doesn’t just hold individuals back, it holds back our economy too.

Taking real action to tackle the causes of poverty would bring down the huge £78 billion yearly cost of dealing with its effects, and mean more money to create better public services and support the economy. UK poverty is a problem that can be solved if government, businesses, employers and individuals work together.

As Unwin says, it’s “unacceptable” that so many people live in poverty – a fact made even worse when we consider that the UK is the world’s sixth biggest economy. She’s also right that we could drastically reduce poverty if “government, businesses, employers, and individuals” all worked hard to make it happen.

But that isn’t happening in today’s Britain.

Cut it all, no matter what the cost

Responding to the report’s findings, a government spokesperson said:

We’re committed to creating a Britain that works for everyone and that means tackling the root causes of poverty.

Employment is key and we’ve made good progress – there are now more people in work than ever before, millions are receiving a pay rise thanks to the national living wage and we’ve doubled free childcare to 30 hours.

The spokesperson failed to note, however, that one of the ways the government has attempted to tackle “the root causes” of poverty has been to change the very definition of the concept. In 2015, under David Cameron, the government proposed to alter the measure of child poverty so it did not include income, which would have taken millions of people out of the ‘breadline’ statistics.

Thankfully, the proposal has been challenged by the House of Lords, but it provides an instructive insight into the Tories’ thinking. Removing income levels as a standard for being in poverty or not would reduce the recorded levels of hardship in the UK dramatically and, therefore, the pressure on the government to do something about it.

There are many things the government could be doing to resolve the issue of poverty. It could draw up plans to ensure its living wage is actually enough to live on, which at £7.20 it currently is not. This wouldn’t only pull some people out of poverty and ensure that wages aren’t just higher because people are working longer. It would also reduce the amount spent on in-work benefits. It could regulate the housing sector to ensure homes are actually affordable to rent or buy, which they currently aren’t. And it could renationalise a number of industries, such as energy and rail, and bring down costs for consumers as a consequence.

Reversing its welfare cuts, as their sour fruits become more apparent, the government would also ensure that support is returned to people who sorely need it. It could also be honest about its ‘record’ employment figures, admitting they are massaged by the amount of zero-hours contracts and insecure work, and move instead towards encouraging concrete jobs people can depend on.

The Conservative ‘vision’ so far has created a society where employers, landlords, and corporations enjoy the support of the state (and the freedom to prosper within it) while the poorest, least able, and most vulnerable citizens are cast aside.

Now, we can see the full cost of the government’s failure to provide for its citizens. And we can also see who is picking up the tab: the taxpayer.

Is that really the ‘better’ Britain this government promised?

Read more from The Canary on the effects of poverty.