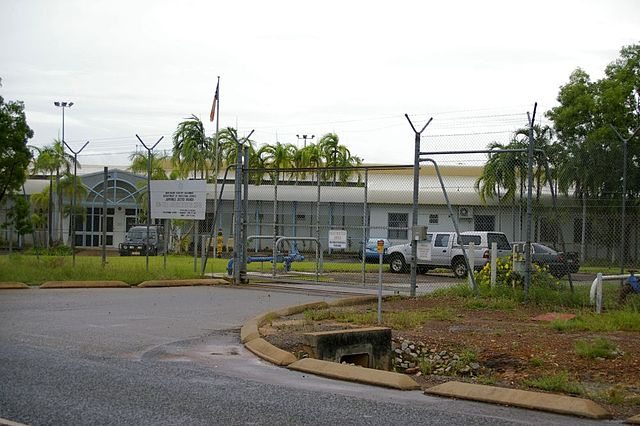 Members of Warriors of the Aboriginal Resistance (WAR) have led demonstrations in all the major cities in Australia. Their demand was an end to the routine incarceration of Aborigines, including children. They also demanded an end to offshore processing of refugees on Manus Island and Nauru (the latter detention centre includes children). The demonstrations came only days after a broadcast on ABC television of a secretly filmed video of teenage boys being tortured in Australian youth detention centres in the Northern Territory.

The video showed teenager Dylan Voller held in restraints at a youth detention facility in Alice Springs in conditions more akin to Abu Ghraib or Guantanamo. Prior to that incident, Voller had been systematically tortured over a five year period in another Northern Territory detention centre: Voller and five other boys, all of Aboriginal heritage, were tortured (stripped, hooded, assaulted and tear-gassed).

A heart-rending letter from the Dylan, dated 26 July 2016, is published in full here… 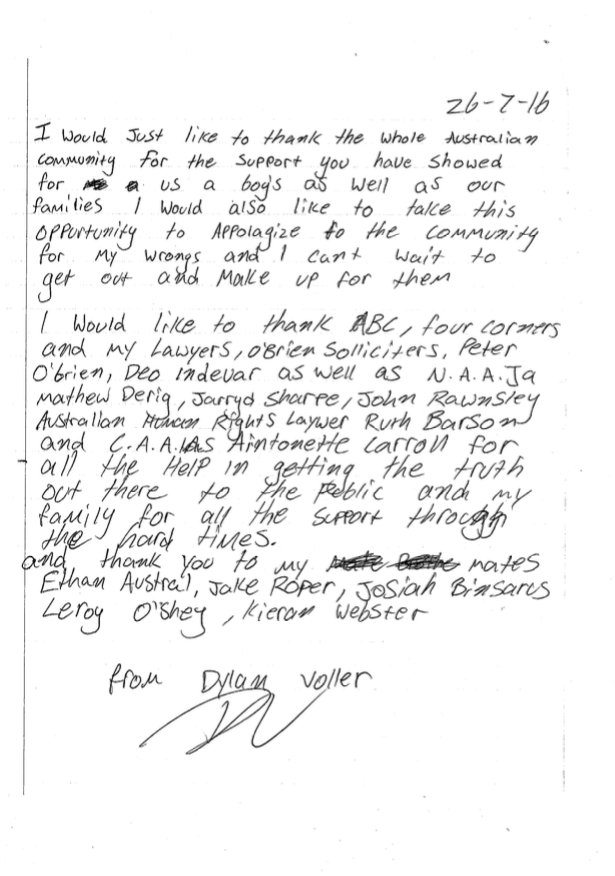 “[I] honestly believe if any young man had have walked into that cell with a loving heart and just sat down and talked to my brother and helped him through everything that he was going through, he would have sat down and played cards happily with any of those guys, but they all used force and acted intimidating and scary,” Kirra Voller (Dylan Voller’s sister).

Incredibly, the restraints shown in the video were legalised this year, but since the video was broadcast their use has been suspended.

There are now legal claims. The six youths who were mistreated at Don Dale instigated litigation against the Northern Territory Government. Dylan Voller is additionally seeking unspecified damages from the Government for injuries sustained. The Government is counter-suing two of the six boys and seeking $A160,000 for damage to prison property.

The UN high commissioner for human rights, Zeid Ra’ad Al Hussein, released a damning statement saying the allegations of torture made on the TV documentary could amount to a violation of the Convention on the Rights of the Child and the Convention Against Torture and Other Cruel, Inhuman and Degrading Treatment.

In another statement, WAR declared:

“We called for all detention centres for incarcerating children to be shut down immediately. And we didn’t forget about you mob in Manus and Nauru. We have the same enemy. Our freedom is your freedom. We speak of you at every rally. No justice no peace.”

Since the video was shown on ABC TV’s “Four Corners” programme, Prime Minister Malcolm Turnbull has been forced to agree to a Royal Commission into youth detention in the Northern Territory (but refuses to extend the Commission’s inquiries into the rest of Australia).

Aboriginal elders are demanding those involved in the torture of children at these detention centres – from centre staff and their manages, right up to senior NT ministers – be sacked. Some Aborigines are demanding the entire Northern Territory government be dissolved.

Australia’s aborigines are the most imprisioned people in the world, statistics show:

The above statistics speak volumes. As a people, Australian Aborigines represent some of the poorest and under-resourced in the world, with low life expectancy and poor health generally. Almost half of Aboriginal men and over a third of women die before they turn 45 (the average life expectancy for non-indigenous Australians is 80 years).

When Australia treats its own children – Aboriginal and non-indigenous – in the way the video showed, it is not surprising that it also happily detains children – refugees – indefinitely on its island prisons. These offshore detention centres, like the barbaric youth detention centres in Australia, must be closed down.

Modern Australian society has its roots in invasion and the near decimation of the indigenous population, followed by the enslavement and dispossession of those who survived. Many Australians, however, still find it difficult to accept this scenario. But it is only when they fully confront Australia’s dark past that justice for Aboriginal Australians will finally begin to be realised.