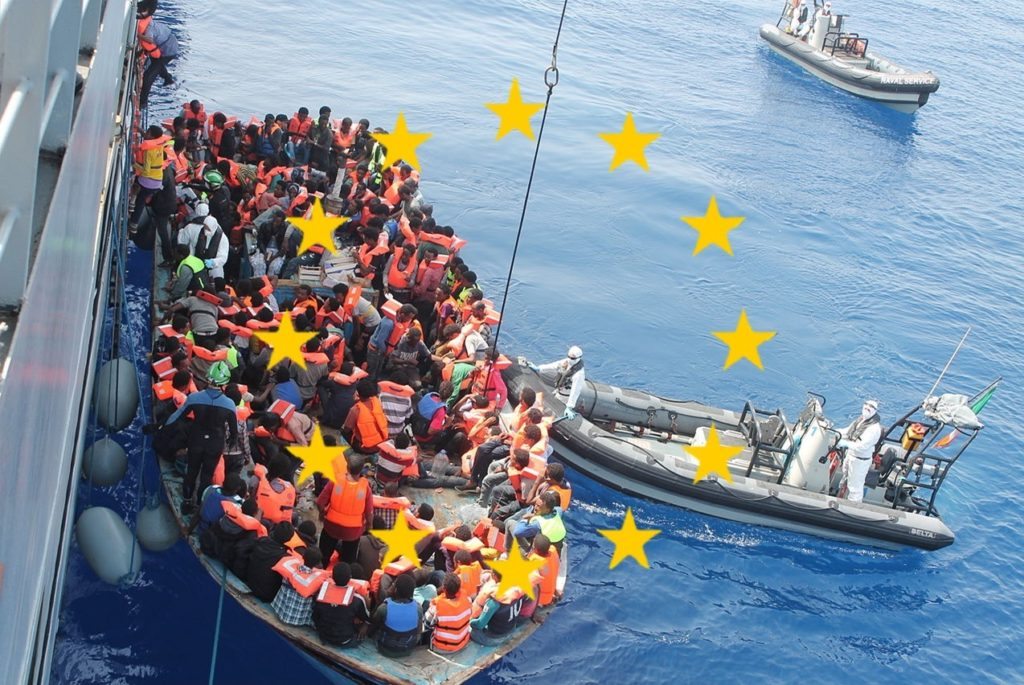 The refugee crisis which has hit the EU in recent years is a complicated political and humanitarian issue. But new information shows that it’s been made even worse by European policies.

A report in The Intercept recently described how the shooting of three out of 12 undocumented migrants in the Mediterranean Sea was the result of the standard rule of engagement of the EU border agency – Frontex. This is just one of many EU policies considered responsible for deaths at sea.

In 2014, the Greek coastguard off the island of Chios ordered a smuggler’s vessel to stop, at which point it turned around and attempted to flee back to Turkey. The coast guard then started to shoot in order to stop the smuggler.

An officer was arrested and admitted using over 30 bullets to stop the boat. But neither he nor any other party was found guilty, as they were deemed to be following protocol.

At the time, this was dismissed as a singular incident. But incident reports from the Frontex, viewable at The Intercept, illustrate that the use of firearms to stop boats is part of a broader EU tactic, regardless of whether it kills or injures undocumented migrants in the process.

Frontex officers who work with the Greek coastguard (and the Italian coastguard where Italian jurisdiction applies) must abide by the same rules of engagement as police in the host country where they are operating. According to the rules of engagement for Greek coastguard officers, as well as Frontex officers working in Greece, shooting to disable a vehicle is legal if it is done to prevent someone from illegally entering or exiting a country and if they have a firearm. But it was confirmed that the driver did not shoot and was not carrying a firearm. The strategy is usually to shoot at the engine.

The incident in Chios was followed by a similar one off the island of Pserimos in September 2015. The driver of a vessel smuggling undocumented migrants attempted to turn back to Turkey when the coastguard arrived. After warning shots were fired, the engine was shot in order to immobilise it, but in the process two passengers were injured, one of whom suffered brain damage and died. The court found that the officers involved acted according to protocol.

When questioned by The Intercept, Frontex officials said they shoot to stop smugglers rather than boats, although the difference is not so apparent.

The smugglers, however, seem to have become very aware of how the coast guard will react.

Sabrina Chaudry, a volunteer with Insaaf, a group that provides humanitarian support to undocumented migrants arriving in Europe, spoke to The Canary about how smugglers often defer the risks associated with driving their vessels onto the smuggled passengers.

Chaudry described how the smugglers choose a random passenger to drive the boat to shore. They are shown the basics and left alone to veer the boat to the coast. According to her, smugglers bringing refugees to Lesvos rarely drive the boats themselves.

The Frontex adoption of Greek rules of engagement is another example of how EU policies may directly cause harm and death to undocumented migrants coming to the Mediterranean.

The flow of refugees is unprecedented and those charged with handling the crisis are under-resourced. But on top of the challenges are deliberately adverse policies that have the object of stemming refugee flows with no consideration for the ground situation.

Rukiya and Shakira Suzia, two volunteers in Lesvos who worked alongside Insaaf, described to The Canary how drowning and hypothermia as a result of being stranded at sea was common place as boats would regularly run out of petrol.

The life jackets available, meanwhile, were often defunct or filled with foam, and failed to save any of those drowning at sea. One of the volunteers raised enough money to buy a supply of real life jackets to throw out to the refugees. The problem was they were unable to re-use them and send them to where the boats embark, as EU policy dictated that to do so would make them smugglers. A seemingly innocuous gesture aimed at saving lives, then, became a hostile and indictable offence.

Frontex will probably cause even more deaths at sea

Frontex’s mandate in the Mediterranean has been expanded by decree of the European Parliament. But its initial procurement was brought into question when it replaced the Mare Nostrum search and rescue (SAR) operation, operated by the Italian coastguard patrolling the seas between Italy and Libya, in April 2015.

Hundreds and then thousands of deaths at sea were soon recorded. These all pointed to a series of policies, including the reluctance to rescue overcrowded boats in the middle of the ocean as well as actual attempts to rescue. This is because when Triton (the operation run by Frontex) started, its aim was not to conduct search-and-rescue operations but to protect the Schengen zone through border control.

The burden of rescuers transferred to commercial vessels, which offered humanitarian assistance, but tragically several incidents caused shipwrecks and more deaths. A report that took into account the forensic architecture of the rescue missions concluded that, due to the shift of purpose, mission, and thus spatial and operational logic, many boats and migrants left at sea were left without a lifeline as smuggling missions became increasingly reckless while they attempted to avoid getting caught near the shores.

Barbara Spinelli, an Italian MEP sympathetic to the crisis that hit Europe and the Mediterranean, said:

The European Union’s actions will one day be judged as a crime against humanity.

At the same time, such attempts to stop migration will probably prove futile because people will never stop trying to flee war or tyranny – and Europe often provides the closest safe haven. According to the International Organisation for Migration (IOM), there have been 281,746 arrivals in the Mediterranean in 2016 to date, and 269,244 of those arrived by sea. 3,164 have so far been found dead or missing.

The risks posed to undocumented migrants are immense, and evidence now affirms that EU policies and the use of Frontex are exacerbating those risks. The focus should be on ensuring the safety of those who are fleeing from danger.

– Read our other articles on the refugee crisis.

– Write to your MP, expressing your concern at the execution of Frontex’s services.