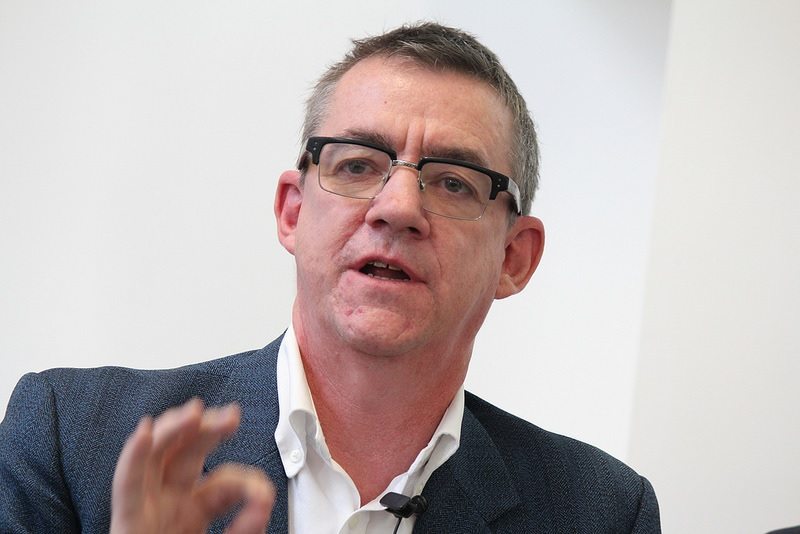 John McTernan, a commentator and previous strategist for the Labour Party, has threatened an SNP MP with violence on Twitter. In one fell swoop, McTernan (who strongly backs Owen Smith in the Labour leadership contest) proved himself to be the very type of abusive person that officials claim they want ejected from the party.

The threat transpired during an exchange between McTernan and SNP MP Pete Wishart over recently released figures on the state of Scotland’s finances. Wishart had commented that the newly released figures “reflect Scotland as part of the UK”. McTernan responded by suggesting that the country’s finances would be worse outside of the UK.

To that statement Wishart commented:

McTernan responded with the following message:

Being a nasty wee MP who'll always be asked why he thinks journalists should be silenced is punishment enough. https://t.co/ZEqBJDgB0b

A swift reaction was then issued from Wishart:

As opposed to a nasty wee Blairite who threatens MPs.

And it was this last message that propelled McTernan to suggest violence:

Come down to Peckham and try saying that, mate.

Twitter users who saw the exchange had various reactions to the threat:

you cannot possibly be offering an MP a square go, John?

.@johnmcternan @PeteWishart wait a minute, you refute the claim that you threaten MPs by appearing to threaten an MP ?

Tough day at the office, @johnmcternan? It happens. Challenging @PeteWishart to a 'meet-and-greet' in #Peckham? A bit over the top isn't it?

There was obvious amusement found by some commentators in the online clash, with one suggesting McTernan should form his own “Alpha Male Party”. But this behaviour by McTernan is more than just “over the top”. It is likely a direct violation of Labour Party rules.

The Labour Party has seriously cracked down on anything it deems abusive behaviour since the Labour leadership contest began. For example, it has banned words like ‘traitor’, ‘scum’, ‘scab’, and ‘Blairite‘. One Labour member was even suspended for writing poetry that criticised anti-Corbyn Labour MPs.

Obviously, Wishart is not a Labour MP. But surely the party’s new heavy-handed rules on abuse do not exclude actual aggressive behaviour towards MPs. It would be a strange crackdown indeed if a Labour Party member could be banned for calling a Labour MP a ‘Blairite’ but get off scot-free if they threaten to floor an MP from another party.

Unfortunately, in the current climate, it would be surprising if action was taken against McTernan for his comments. So far, when those in Smith’s corner have hurled abuse (such as calling Corbyn supporters “Nazi stormtroopers”), nothing has been done.

But the incident does serve as a useful reminder that the constant (and usually false) branding of only Corbyn supporters as abusive is nonsense. Those who behave in such a manner are making an individual choice. And McTernan has most certainly made his own choice aggressively clear.

– Read other Canary articles on the Labour Party.