As Corbyn looks set to win, the Labour coup launches its most desperate smear campaign - Canary 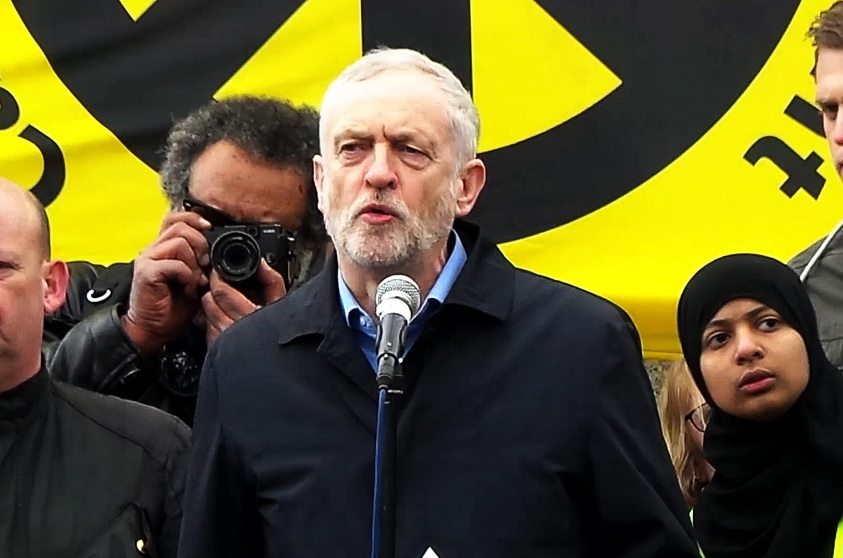 As the leadership ballot papers flying across the country look set to gift Jeremy Corbyn victory, the Labour coup has begun a last-ditch smear campaign – perhaps its most desperate yet. Panicking at the prospect of a fresh Corbyn mandate, those who want him out have claimed he fosters abuse and discrimination in the Labour Party.

The reason for this desperate smear attempt may well be the fact that 84% of Constituency Labour Parties (CLPs) nominated the incumbent, in an early sign of which way the majority of nearly 650,000 eligible supporters will vote. This is a huge increase on the 39% that backed him last year.

The Shadow Minister for Culture and Digital Economy, Chi Onwurah, has accused the incumbent of ethnic discrimination against herself and fellow Labour MP Thangam Debbonaire. Onwurah said:

Jeremy then went on for the next two months refusing my insistence that he speak to Thangam, indeed refusing to speak to either of us, whether directly or through the shadow cabinet, the whips, or his own office. No one knew what he wanted us to do, no one was clear on what we should be doing.

Onwurah claims that because Corbyn did not clarify the specifics of the two MPs’ roles, he is guilty of ethnic discrimination:

If this had been any of my previous employers in the public and private sectors, Jeremy might well have found himself before an industrial tribunal for constructive dismissal, probably with racial discrimination thrown in – given that only 5% of MPs are black and female, picking on us two is statistically interesting to say the least.

But a spokesperson for Corbyn stated there were ongoing discussions about each MP’s role:

Chi Onwurah’s comments relate to a discussion about the delineation of shadow cabinet roles last January, as is not uncommon in both shadow cabinets and cabinets. Chi was appointed by Jeremy Corbyn to be shadow minister for culture and the digital economy last September.

When Thangam Debbonaire was appointed as a dedicated shadow minister for the arts in January, there was a negotiation about the division of responsibilities with Chi and Thangam, but at no point was anyone sacked. We regret that Chi feels she was singled out, but this was clearly not the case.

Onwurah’s claims have prompted cross-media headlines smearing Corbyn as racist, despite there being no indication that ethnicity was a factor in any misunderstanding, and every indication to the contrary. 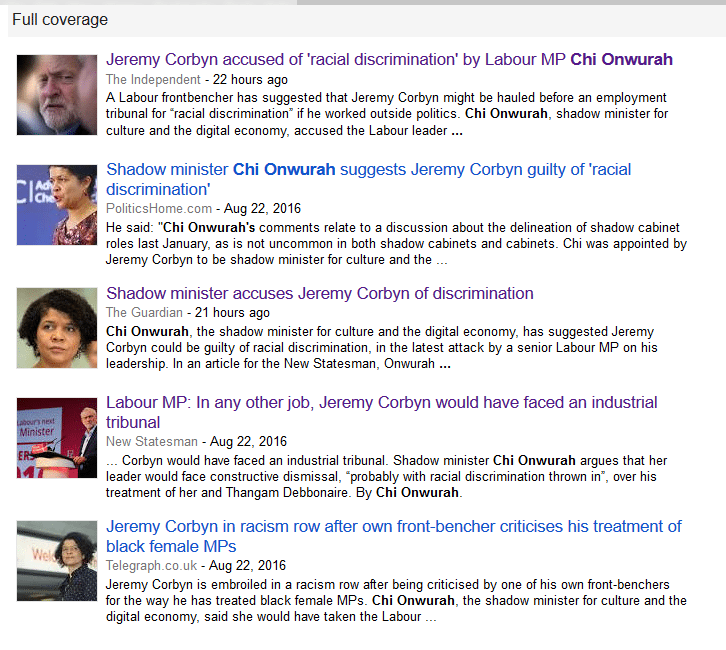 Attempts to smear Corbyn as racist, antisemitic, or misogynist will probably appear outrageous to his supporters and Labour members who are aware of his decades-long fight against racism and prejudice.

The Labour leader was so dedicated to opposing the apartheid regime in South Africa that he got arrested for protesting. And it’s not just racism Corbyn has consistently stood against. He has also fought for LGBTQ+ rights since he entered parliament, at a point when doing so was far from mainstream and considered with scepticism by many.

Considering Corbyn’s record, Mike Sivier of Vox Political notes that Onwurah made a big leap when she accused the incumbent of ethnic discrimination, where all that can really be taken from her comments is that there was a miscommunication about the two MPs’ roles. Plus, Corbyn’s activist history suggests that an ethnic motive would have been incredibly unlikely.

A petition to suggest Corbyn has fostered abuse

Anti-Corbyn pressure group Saving Labour has started a petition calling on the incumbent to condemn ‘abuse’ of London Mayor Sadiq Khan. The petition demands Corbyn apologise for the following:

On Sunday, Mayor of London Sadiq Khan was booed at a Jeremy Corbyn rally in North London.

But the hyperlinked reference on the petition page itself shows that Khan wasn’t in attendance at the event. And whether or not booing constitutes abuse is another matter entirely.

The Mayor recently released a timely endorsement of Smith and attack on Corbyn just before the ballots were sent out. He regurgitated the self-fulfilling prophecy that Corbyn is “unelectable” while blaming him for Brexit. This was no surprise, as he has consistently undermined his leader. In an interview with The Daily Mail in September 2015, Khan accused the incumbent of giving Labour an “anti-Jewish image” and of being “unwise and disrespectful” for not singing the national anthem.

Corbyn supporters are disappointed because Khan was happy to use the leader’s grassroots support to secure victory in London but soon turned around to attack the same leader as ‘unelectable’. Analysis of the ward-by-ward breakdown of the London mayoral results shows victory was down to Corbyn, not Khan.

At the North London rally, some supporters expressed how they felt about Khan’s attack on Corbyn by booing. This was not personal. It was just a response to the Mayor’s political choice.

Keen observers may note differing standards depending on who is receiving the ‘abuse’. Where were the petitions when Labour MPs jeered at their elected leader during Prime Minister’s Questions (PMQs)? Where was the call to arms when Tory MPs incessantly drowned out Corbyn’s words with boos in parliament, time after time?

The petition smells like feigned outrage in order to paint the coup as victims and Corbyn as some kind of tyrant. It had received a mere 367 signatures at the time of writing.

In a blow for the Labour coup from across the pond, Bernie Sanders has backed Corbyn in the leadership race. Putting the Vermont Senator and Labour leader’s general political alignment aside, the negative argument may have also been a factor for Sanders. And considering Owen Smith is a former Pfizer lobbyist, the Senator would surely raise eyebrows at his record:

My message to Pfizer and the entire pharmaceutical industry is clear: The era of charging unconscionable prices must end.

As Corbyn looks set to double his mandate from the membership, the Labour coup is really grasping at straws. From fabrications of ethnic discrimination to petitions expressing fake outrage, those desperate to oust the incumbent are scraping the bottom of the final barrel in the cellar. But the only way this can work is if people do not unite and challenge these narratives.