Owen Smith calls Corbyn a ‘lunatic’, and the media joins in [AUDIO] - Canary 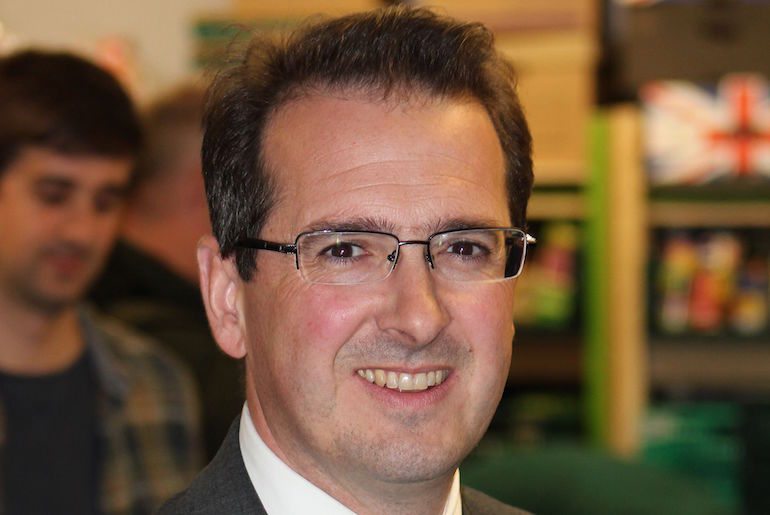 Audio has been released of Owen Smith using the mental health slur “lunatic” during a rally in London on 23 August.

Addressing a statement made by Jeremy Corbyn about getting previous Conservative Party voters to support Labour, Smith can be heard saying:

We’ve got to get two million people who actually voted Tory, 12 months ago, to vote Labour, in 106 seats.

And what you won’t get from me, is some, you know, lunatic at the top of the Labour party, you’ll have someone who tries to form a coherent narrative about what’s wrong with Britain.

Many have perceived this to be a direct attack on Corbyn. If Smith is not the “lunatic at the top of the Labour party”, it has to be asked: who is?

But on 24 August, Smith denied this, saying:

One of the first people to comment on Smith’s use of the word was Independent journalist Tom Peck. Tweeting on the 23 August, he said:

Owen Smith tells audience: "with me, you won't have some lunatic in charge of the Labour Party."

This generated outrage. But Peck later replied, in a since-deleted tweet:

And it seems he is not the only one. Deputy Editor of Politics.co.uk Adam Bienkov, who did criticise Smith’s use of the word ‘lunatic’, described another journalist’s opening question at a Corbyn press conference on the morning of 24 August:

"Are you a liar or are you a lunatic?” Bold opening question at Jeremy Corbyn’s press conference.

It would appear that the mainstream media is not quite invested in understanding why using this language is bad.

‘Lunatic’ is a word with a long history of being used against people with mental health problems, including as a basis for their institution. Calling someone a ‘lunatic’ implies that there is something wrong with them, and the cause is, of course, traced back to mental health.

At a time when public opinion of those with mental health problems is still extremely low (a survey released earlier this month showed that 90% of people would not feel comfortable having someone with schizophrenia look after their children), this matters.

Smith could easily have used a word that wasn’t steeped in stigma to make the point he presumably intended to: that he would be a competent leader. Having vowed earlier this month to make mental health a “priority” in his campaign should he be elected, this is perhaps not the greatest start.

The Labour Campaign for Mental Health responded with a statement on 24 August, saying:

While we tend not to comment on the leadership contest, we were saddened to see that the term ‘lunatic’, a term with a long history of abuse toward those with mental illness, has been used in this contest as a term of derision against a colleague. We, as a party, should be fighting to end the stigma and support those in our community with mental health issues, and not use these cruel, oppressive names to insult opponents. We ask that Owen Smith formally apologise and reaffirm that there is no place for stigmatisation in our party.

But Smith’s half-hearted backtracking after the comment simply sought an apology “if anybody was offended by the use of that word”. He, and the journalists who apparently agree with him, would do well to listen to those with mental health problems to find out why offence might have been caused.

CLARIFICATION: This article was updated at 2.10pm on 24 August 2016 to make it clear that Adam Bienkov has criticised Owen Smith’s use of the word ‘lunatic’.

– Support the work of the mental health charity Mind.