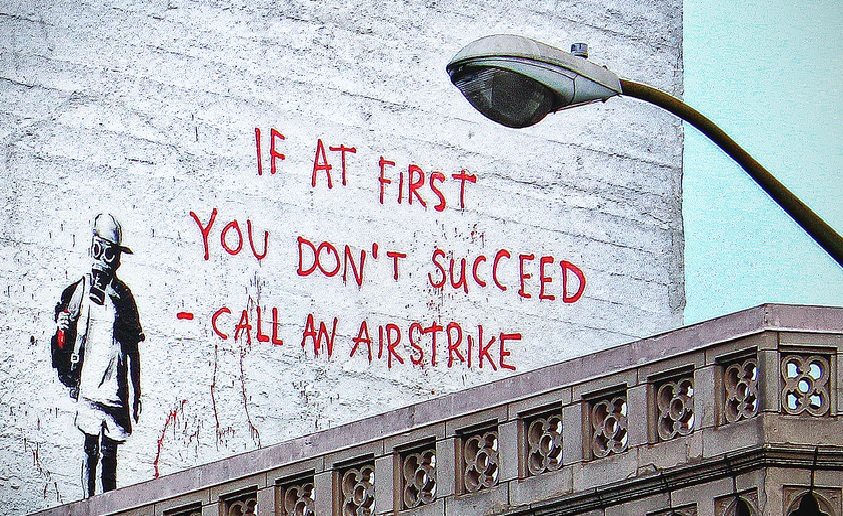 The UK’s role in the USA’s “targeted killing” campaign has just been laid bare. Documents leaked by Edward Snowden and reported on by The Intercept show that North Yorkshire’s tranquil countryside hides a violent, and possibly illegal, secret: It harbours a spy centre that has aided “a significant number” of US “capture-kill operations” – some of which may constitute war crimes.

The spy base, known as Menwith Hill Station, is located close to Harrogate. As Ryan Gallagher at The Intercept details, it is Washington’s largest overseas spy centre. But of its 2,200 staff, around 600 are employees of UK security agencies.

Although largely an outfit run by the America’s spy agency, the National Security Agency (NSA), the UK government is reportedly “fully briefed on the activities” at the site. In 2014, the UK government confirmed that operations at Menwith Hill “have always been, and continue to be” undertaken with its “knowledge and consent”.

But exactly what those activities entail has been a closely guarded secret. Until, in 2013, whistleblower Edward Snowden leaked a trove of internal documents detailing the Orwellian surveillance arrangements of the NSA, and its British counterpart GCHQ.

A number of the Snowden documents that involve Menwith Hill were examined by Gallagher. And his findings raise serious questions about the UK’s complicity in America’s global assassination program.

The communications it has access to are vast. Gallagher found that Menwith Hill can spy on communications in South America, the Middle East, China, North Africa and “the majority of the Eurasian landmass”. The ability to access data via satellites is particularly useful in more remote regions of the world, where the underwater fibre-optic cables that security agencies usually bug do not exist.

But Menwith Hill does more than gather information, as Gallagher points out:

Surveillance tools such as the GHOSTHUNTER system were developed to directly aid military operations, pinpointing the locations of targeted people or groups so that they could then be captured or killed.

The world is a battlefield

Such lethal targeting has taken place in declared war zones, like Iraq. But, Gallagher explains, it has also been used in countries that neither the US or the UK are officially at war with, such as Yemen.

As Jemima Stratford QC told The Intercept, there are “serious questions to be asked and serious arguments to be made” about the legality of these operations using information provided by Menwith Hill. And this is a concern the UK government should know well, because Stratford explained the implications of such actions to parliament in 2014.

As the US is not at war with countries like Yemen or Pakistan, Stratford advised parliament, the individuals there are not considered combatants, and therefore cannot be killed with impunity. She stated:

If the UK government knows that it is transferring data that may be used for drone strikes against non-combatants (for example in Yemen or Pakistan), that transfer is probably unlawful.

An individual involved in passing that information is likely to be an accessory to murder.

What is the UK an accessory to?

Targeted killing and drone use has been a focal point of President Obama’s military strategy. The US asserts that it has the right to target anyone outside of an active war zone if that person is a “continuing, imminent threat to US persons”. But as Jeremy Scahill, co-founder of The Intercept, has previously noted:

The accuracy of these US strikes, based on this distorted definition of an “imminent” threat, is woeful. Another report based on leaked documents by The Intercept detailed a “targeted” operation in Afghanistan. In one five-month period of the operation, almost nine out of ten people killed in the air strikes were not the actual target.

GCHQ declined to answer questions on the story, providing The Intercept with only a statement insisting that all its work is carried out under “a strict legal and policy framework, which ensures that our activities are authorised, necessary and proportionate, and that there is rigorous oversight.”

But others have spoken out against the UK’s potential role as an “accessory” in these operations. Kat Craig, legal director of human rights group Reprieve, told The Intercept that the revelations are:

It is now imperative that the prime minister comes clean about UK involvement in targeted killing, to ensure that British personnel and resources are not implicated in illegal and immoral activities.

Leeds North East MP Fabian Hamilton also told The Intercept that the revelations showed there needed to be a full review of Menwith Hill’s operations.

It would, of course, be anathema to this spy base to expose itself to the scrutiny of others. But as Hamilton points out, “we need to know what is being done in our name”.

Especially if ‘what is being done’ implicates our country in crimes on a murderous scale.

– Follow the Campaign for the Accountability of American Bases, a group raising awareness of the US military presence in the UK.

– Take action with the Stop the War Coalition, which campaigns against militarism.