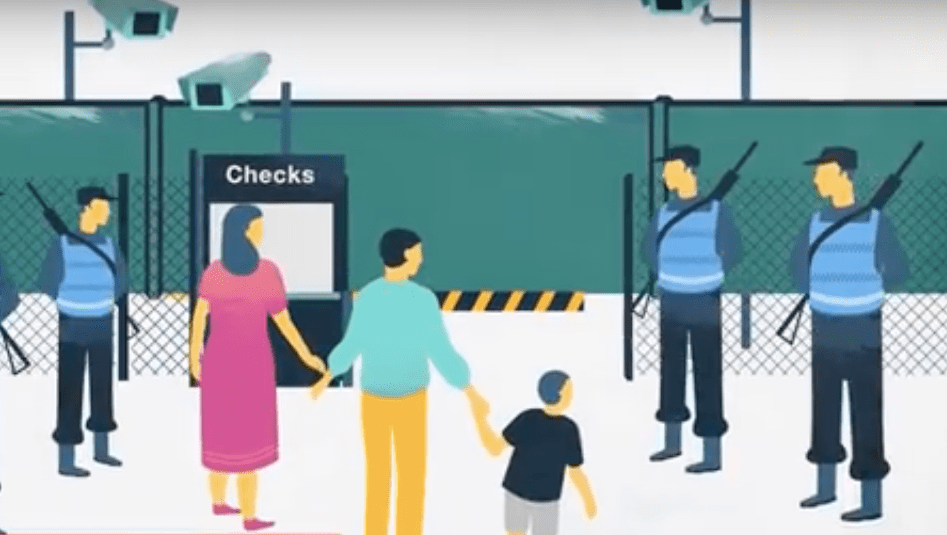 As the UN meets to resolve the world’s ‘migrant crisis’, a thinktank has revealed that Europe has spent billions trying to stop migrants entering its borders. But its efforts have not really worked, and have only placed migrants in greater danger.

The first ever Refugee and Migration Summit was held at the UN on 19 and 20 September. World leaders gathered over two days to think of new ways to handle the unprecedented numbers of people migrating due to war, persecution, economic and environmental causes.

But an influential international development thinktank – the Overseas Development Institute (ODI) – has released an insightful report showing that despite spending €17bn on deterring migrants, they still arrive in European countries and claim asylum. The only impact of the EU spending is that migrants are using increasingly dangerous methods to get to Europe.

The influx of migrants that hit European shores in 2015 was quickly labelled a ‘crisis’, and it drew almost immediate action. EU countries put their heads together to arrive at solutions that would help ‘stem the flow‘ [firewall] to prevent ‘swarms‘ of people invading European cities.

Many have rebuked the scaremongering tactics employed. Ken Roth of Human Rights Watch, for instance, explained that the new flow – which caused great panic – was less than 1% of the entire EU population (0.068%).

That’s not to say Europe hasn’t felt the shock.

Barely able to cope with asylum claims under normal circumstances, the European response has been disjointed and costly, according to the ODI report.

Implementing border controls has cost the EU €17bn, including for fences erected at:

The operation is doubling in cost each year, going from €97.9m in 2014 to €254m in 2016. All of these border measures have wider impacts as well. The cost to the economy as a whole has been the subject of various studies:

France Stratégie estimate that such controls would cost France €1 to 2 billion in the short term, given increased freight transport costs, impacts on cross-border workers and the reduction in tourist numbers (France Stratégie, 2016). The same study estimates that the long-term impact to France due to lost trade would be equivalent to over €10 billion, excluding any impacts on foreign investment and labour mobility. Meanwhile, a study by Bertelsmann Stiftung came to more pessimistic conclusions, estimating an economic impact of anywhere from €77 to €235 billion for Germany by 2025, and €470 billion to €1.4 trillion across the whole EU (Bertelsmann Stiftung, 2016). In the case of the Øresund Bridge19, delays due to checks are reported to be costing rail operator DSB €1.2 million a month in lost business (New York Times, 2016).

These measures were coupled with the EU-Turkey deal that came into effect earlier this year. This also cost the EU money in the form of aid to Turkey. It has meant that official estimates of migrant arrivals have gone down to 330,000 through known ‘overt’ routes. But there is a mismatch in data as new asylum applications are at an estimated total of 890,000.

According to ODI, this is because people are choosing more ‘covert’ routes (which are more dangerous). Effectively, this means that billions of Euros have been spent on mostly futile security measures which hinder the economy.

There is also the cost of hosting, which can vary greatly between European countries. For instance, it can cost around €5,000 in Austria to resettle one person, while it costs in the region of €28,000 to resettle someone in the Netherlands.

But the general conclusion is that Europe is handling its migration issues completely wrong. While conflict is a current driving force, the motivations for migrating are varied, and people have been migrating for millennia. In short, it’s part of the human story.

The Refugee Summit offers an opportunity for international coherence on the migrant crisis as we face new numbers, new flows, and more humanitarian considerations. Outcomes are yet to be seen, but it is hoped that leaders will place more weight on using evidence and data, increasing transparency on numbers, and demonstrating less political pandering to general calls for less immigration.