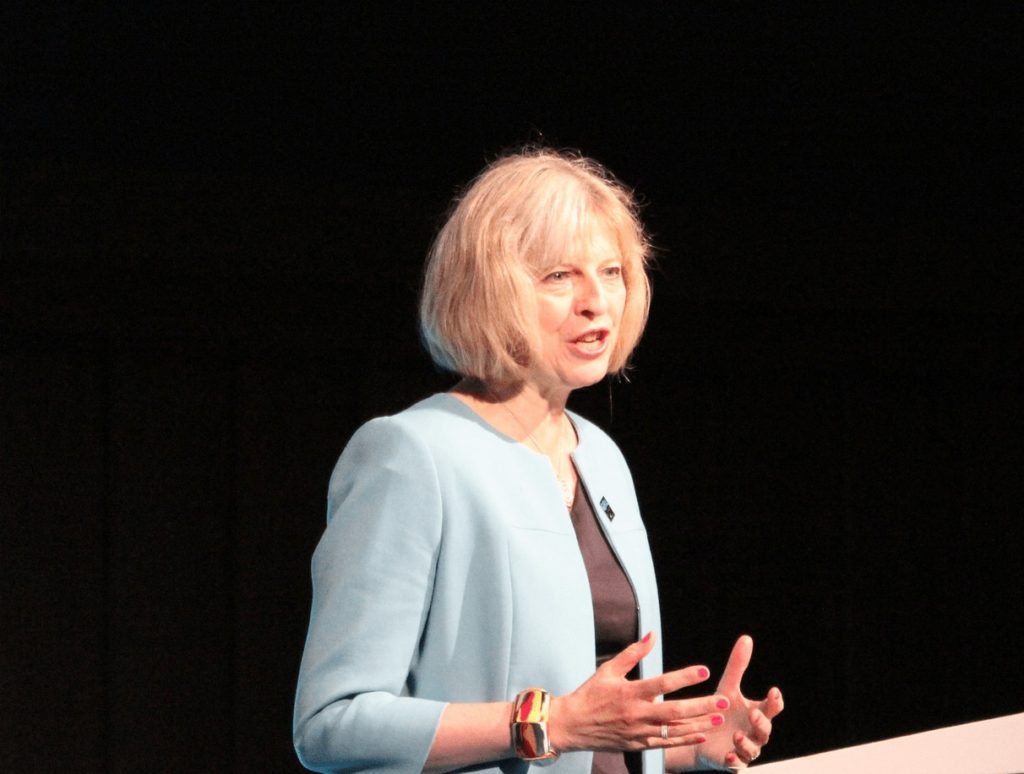 Prime Minister Theresa May has delivered her first speech to the UN. But she has come under fire for applying the same divisive politics she uses at home to vilify migrants and justify her controversial border policies.

Migration as an apparent threat to security

On 18 September 2016, May delivered her maiden speech to the UN General Assembly. It took place amid a two-day summit where world leaders discussed how they plan to deal with migration figures and the so-called refugee crisis.

May started her speech with her signature issue: security. She said that security at home could only be achieved when countries cooperate “as a community of nations, to deliver security across the globe”.

She emphasised the many outward activities that the UK had undertaken, along with the country’s continuing commitments. For example, the UK will continue to commit 0.7% of its GDP to tackling poverty and the root causes of migration. It will also champion the rights of women and girls, she said, and take action to mitigate climate change.

But May was quick to state that it was what many people at home in the UK wanted that was most important – plain and simple, that they didn’t want more immigration.

Framing the refugee crisis in terms of a security threat, May said:

Just as we need the United Nations to modernise to meet the challenges of terrorism in the 21st century, so we also need to adapt if we are to fashion a truly global response to the mass movements of people across the world and the implications this brings for security and human rights.

She went on to stress the importance of the 1951 and 1967 Refugee Conventions, but also suggested that the context in which they apply has changed. Distinguishing between people fleeing from war and economic migrants, May suggested three courses of action:

“First, we must help ensure that refugees claim asylum in the first safe country they reach”

May used Jordan, Lebanon and Turkey as examples of countries that successfully provide adequate protection and assistance. But human rights organisations have highlighted the insecurity migrants will face in these countries. 75,000 people, for example, were recently discovered stranded between the Syria-Jordan border. Lebanon, meanwhile, is really struggling – as 25% of its population are now refugees. And Turkey has also been slammed consistently for its abuses against Syrians trying to flee the conflict.

“Second, we need to improve the ways we distinguish between refugees fleeing persecution and economic migrants”

May used the Refugee Conventions of 1951 and 1967 to make her point, which was criticised by Bill Frellick, Director of the refugee programme at Human Rights Watch:

May’s call for ‘properly applying’ the Refugee Convention appears to suggest that it should be used as a tool of exclusion, particularly for people caught up in the large-scale movements of refugees and migrants that the summit was intended to address.

Africa and Latin America sought to fill the gap in the convention with regional declarations that included a wider refugee definition. The European Union’s individualized asylum system has also managed to include wider grounds for protection beyond the limitations of the Refugee Convention.

“Third, we need a better overall approach to managing economic migration which recognises that all countries have the right to control their borders”

May insisted here that those who had no right to remain should unapologetically be sent back. But the way her own former department (the Home Office) did that was found to be in breach of the Human Rights Act 1998 by an independent inquiry.

But this didn’t stop May from emphasising the founding declaration of the UN and, in particular, that “no one shall be held in slavery”. This was the perfect segue to highlight the government’s work on modern-day slavery, a relatively apolitical issue which is popular in the international community.

But he also insisted that:

a major driver of modern slavery within Europe is the relative absence of any safe and legal routes for displaced and refugee children to be reunited with their families in European countries. As a result, children end up at the mercy of criminal networks for merely trying to get to their loved ones.

Therefore, a sincere commitment to eradicate modern-day slavery would be demonstrated by offering more legal pathways for displaced people.

But it seems that May simply used her slot at the UN not to unite with other nations and improve the situation for refugees (and migrants everywhere), but to tout the divisive policies she’s so fond of at home.

– Read more about the Summit for Refugees and Migrants.