Israel has just received the largest aid package in history, and its consequences will be dire - Canary 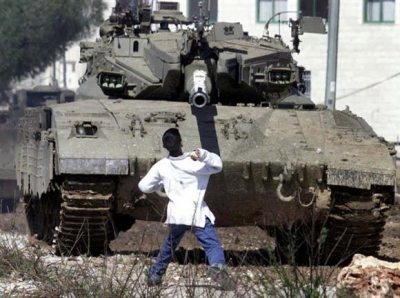 Israel has received the largest military aid package in history, ensuring it can continue to act with impunity against its neighbours in the Occupied Palestinian Territories (OPT).

The US has handed Israel the biggest military aid package it has ever received. $38bn over a 10-year period will be paid to Israel from 2019. This represents a $7bn increase on the previous package.

But the deal has received great criticism.

Firstly, Israel is one of the most developed nations in the world. Therefore, to receive aid of any kind seems improper.

Secondly, Israel has been perceived as having one of the strongest militaries in the world, which may make the initial reaction to such an aid deal one of incredulity.

Thirdly, the large bouts of funding only strengthen Israel’s ability to subjugate Palestinian civilians living in the OPT. For instance, settlement building in the West Bank has increased by 40% since the start of 2016. And some suggest that Israel is ramping up its efforts toward a ‘one state reality‘, as opposed to the two state solution called for by its international partners.

But the military aid package, while still arguably disproportionate, is not what was expected. And it could expose some of the weakening ties that the US and Israel have experienced during the Obama administration – particularly over the Iran nuclear deal, which Israel was not happy about.

Israel initially asked for substantially more ($45bn), but in the end will only get $38bn.

The package also came with the caveat that no other aid would be received by Israel during the year, which makes the increase even less substantial. Israel would essentially use this package for missile defence programmes, which were previously approved for additional funding by the US Congress.

At the same time, Israel cannot use the money for anything apart from the development of US arms (like its own defence mechanisms). This has led many to label it a ‘bum deal‘.

Under the agreement, Israel’s ability to spend part of the funds on Israeli military products will be gradually phased out, eventually requiring all of the funds to be spent on American military industries.

Israel’s preference for spending some of the US funds internally had been a major sticking point in the deal.

Although this deal might not be everything the right-wing government of Benjamin Netanyahu wanted, it will still receive more money than it has before. More worryingly, though, the deal will further reinforce Israel’s attitude that it can keep avoiding any real international repercussions for its occupation and military operations in Palestine.

– Support the Boycott, Divestment and Sanctions campaign and protest the Israeli occupation.

– Read more Canary articles on the Israeli occupation of Palestine.