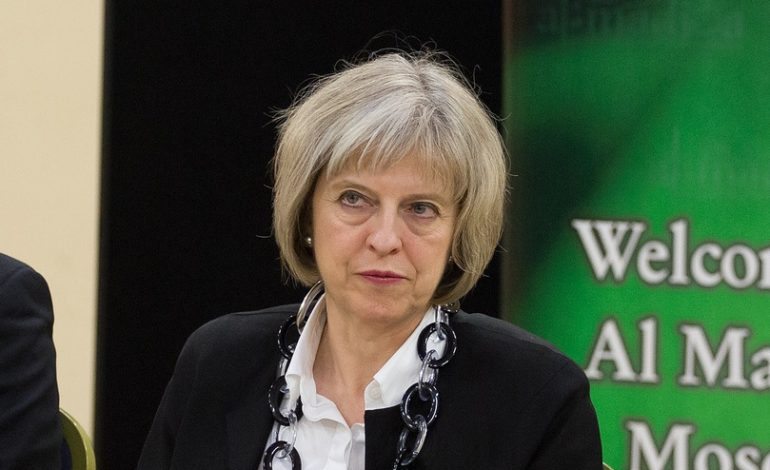 Theresa May’s debut before the United Nations provided an object lesson in circular thinking. Speaking before the assembly in New York on 20 September, May sought to distance her administration from the ‘little Englander’ tag so easily applied in the wake of Brexit. She declared:

The United Kingdom has always been an outward-facing, global partner at the heart of international efforts to secure peace and prosperity for all our people.

Yet the rhetoric became stretched as soon as she dealt with the uncomfortable issues caused by the EU referendum.

When the British people voted to leave the EU, they did not vote to turn inwards or walk away from our partners in the world.

So what exactly did they vote for?

The divisive and aggressive Brexit campaign of two months ago stands as a refutation of May’s statements. Repeated slogans like “we want our country back“, “let’s take back control”, and the infamous “breaking point, the EU has failed us all” all did little to suggest a nation eager for international co-operation. The inflammatory images that accompanied these words – lines of refugees, a burning Union Jack, or a bulldog tearing an EU flag in its mouth, were equally unequivocal. It was through this sort of lowest-common-denominator, saloon-bar politics that the campaign and vote were conducted. 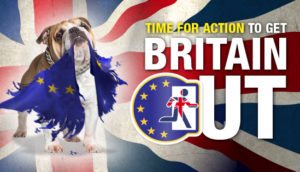 Regardless of that, and despite being prime minister for over two months, May has still failed to define exactly what Brexit is. This should have been a priority, particularly as it was this issue that caused the previous PM to resign, but all she has offered is the oft-repeated and opaque soundbite that “Brexit means Brexit“.

She may be steering the ship, but she’s yet to figure out which ocean she’s on.

Faced with the task of mollifying the United Nations, May opted to discuss what Brexit doesn’t mean, in lieu of what it does. The fact remains that clear communication has been desperately required on this issue ever since 23 July. It is still unforthcoming.

Having dodged that particular bullet by avoiding all meaningful content, May then turned to the equally thorny issue of foreign policy. Britain’s 21st-century track record on this matter is troubling, with Afghanistan, Iraq and Libya still fresh in memory. Despite damning statements in the Chilcot Report regarding the Blair Administration’s Iraq mess and the recent condemnation of David Cameron’s Libya campaign, May offered nothing new.

She committed to the continued bombing of Syria, along with a promise of British troops being sent into Somalia to fight alleged Daesh (Isis/Isil) factions there. She also pledged billions to tackle terrorism.

At the same time, she discussed the so-called ‘migrant’ crisis by saying:

Across the world today there are 65 million people who have been forcibly displaced… This affects all of us and it is the responsibility of all to take action… the uncontrolled immigration that we see today is not in the interest of migrants, who are exposed to danger, not in the interests of the countries they are leaving, travelling through or seeking to reach and not in the interests of refugees for whom resources and popular support are reduced.

Lessons from the past

Like Blair and Cameron before her, May is unable to see that the two ends of this loop are connected. Chilcot definitively stated that Blair and Bush were warned that Iraq would descend into civil war, factionalisation, and extremism as a result of the invasion. They ignored those warnings, toppled Saddam Hussein on false pretexts, and created at least 4 million refugees in the process.

Similarly, David Cameron was panned by a parliamentary committee in early September, for parallel reasons. His enthusiastic anti-Gaddafi intervention in Libya, largely through bombing campaigns, was “ill-conceived” and assisted Daesh in gaining a foothold in the region, while causing huge numbers of people to be displaced. Some of those people have been trying to make their way to the UK in recent years.

May’s short-sighted commitment to military intervention will create further chaos, assist in the radicalisation of embattled populations, and exacerbate the ‘migrant’ crisis she apparently wants to solve. She will help to create more problems, then propose solutions for it, wage war, then claim to want to pacify. At every stage of this vicious circle, there will be an enormous cost, both for the Treasury and in terms of human life. This has been proven by recent history and cannot be ignored.

In failing to acknowledge this, May provides a chilling warning message to the world. She has learnt nothing from her predecessors. Her reign of error is now underway.

– Find out how you can help Refugee Action here.