There's another war on the horizon, and it's both tragic and terrifying - The Canary 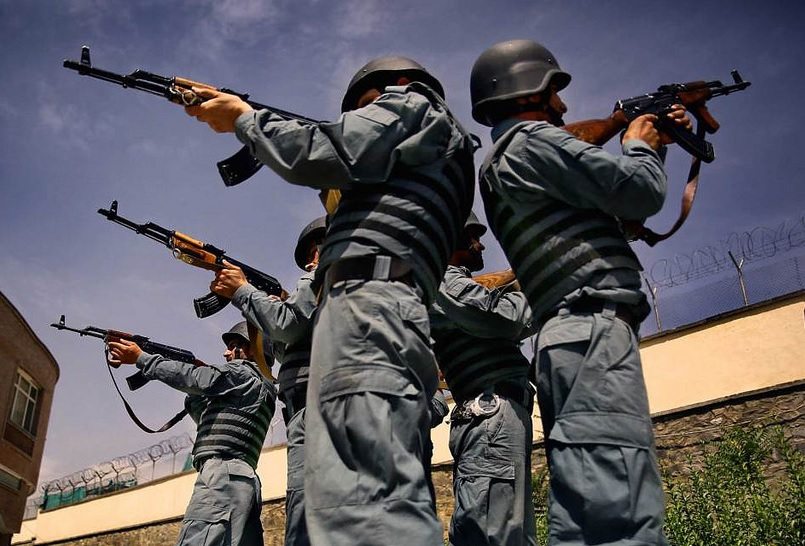 A new report has revealed the source of future war. And its prediction is both tragic and terrifying in equal measure.

The World Wildlife Fund (WWF) has just released its 2016 report on its Living Planet Index (LPI).

The report insists that a scarcity of natural resources will be the cause of future conflicts. And that scarcity is almost guaranteed because humanity is on course to deplete the populations of numerous species in a dramatic way.

To be exact, we will lose two thirds of the entire population of the world’s wild animals by 2020.

On course for war

The LPI is based on comprehensive research, compiled by the WWF and researchers from the Zoological Society of London. 14,152 populations of 3,706 vertebrate species (mammals, birds, fishes, amphibians and reptiles) from around the world form the basis of its findings.

From 1970 to 2012, there was a 58% decline in the populations of these wild animals. If this continues, we’ll lose 67% of them by 2020. We depend on the ecosystem these species provide for our air, water, energy and food, among other things. So their loss will affect us greatly. The report identifies the specific consequences of that loss:

These consequences are expected to grow over time, increasing food and water insecurity, raising prices for many commodities, and increasing competition for land and water.

Greater competition for natural capital will exacerbate conflict and migration, climate change and vulnerability to natural disasters such as flooding and drought.

There will be a general decline in physical and mental health and well-being and this will lead to more conflict and migration.

As the report argues, competition for ‘natural capital’ – renewable and non-renewable natural resources – will increase war. In recent years, we’ve seen this battle playing out mostly in the Middle East. And while the media and political class claim the greatest danger to us comes from terrorism, or Russia, a truly massive threat to our security has arisen from our own domination of the planet.

The LPI notes several causes for the decline in wild animal populations. While pollution and climate change make many areas unsustainable for these animals, complete habitat loss and overexploitation are the most destructive factors. In short, we humans create enviromental conditions in which these animals struggle to live. We eat too many of them. And we are stealing too much of their land for farming, logging, transport and homes.

Due to the world’s human population growing exponentially, we simply demand too much. As the report notes, 7.3 billion people currently live in the world. It was 1.6 billion in 1900. Due to this rise in population, and our current consumer-orientated ideology, we needed 1.6 Earths by 2012 to sustainably fulfil our demands. As Prof Johan Rockström, executive director of the Stockholm Resilience Centre, said in the foreword to the report:

We are no longer a small world on a big planet. We are now a big world on a small planet, where we have reached a saturation point

How do we stop it?

We’re currently living in the Holocene epoch/era. Officially. Yet experts have submitted proposals to say we’re now in the ‘Anthropocene’ era – or a “human-influenced” era. And they say we’ve been there since the 1950s.

This new definition recognises the insecurity we have brought to the planet.

But the LPI report offers solutions. Essentially, it urges society to think big. So when one event happens, we should consider whether it’s part of a wider pattern. And if there is a pattern, we should investigate whether it’s a result of a systemic issue. In fact, the LPI explicitly identifies one systemic problem that is as clear as day:

One of these constraining systemic structures is our prevailing global economic model.

The ‘economic model’ here is capitalism. Or more specifically, neoliberal capitalism. And the report concludes:

We must create a new economic system that enhances and supports the natural capital upon which it relies.

But to change the system, another fundamental shift has to happen. And that’s the way we think, as individuals. We’ve long been fed the idea that our self worth equates to our bank balance, and that the most important factor in our country’s value is the same.

It’s a telling sign that the system we live in inflicts austerity on its citizens as part of its argument that we must ‘live within our means’, but at the same time is reckless about living within the means of our planet. That’s simply a logical inconsistency. And that inconsistency is driven by the fact that, under capitalism, money rules.

That has to change. Because the consquences of that ideology are too severe for the planet to take; two thirds of our fellow creatures will be gone within four years, and we are destroying our atmosphere.

On both TV and in books, we’ve imagined how this might end. Author Philip K Dick mused about how we could live in an Orwellian state on another arid planet. Satirist Charlie Brooker has imagined us making electric bees (after wiping out our natural population), which enemies could use against us.

But there is another option. We could appreciate the intimate links between humanity and nature. And we could use this as inspiration to make what the LPI report calls “a profound change that will allow all life to thrive in the Anthropocene”. Not only would that reduce the possibility of more war and disasters, it would ensure the survival of all Earth’s creatures. Or we can let them perish, and suffer the consequences.

The choice is ours.

– Read the comprehensive summary of the report.

– Learn more about our endangered wildlife with WWF.