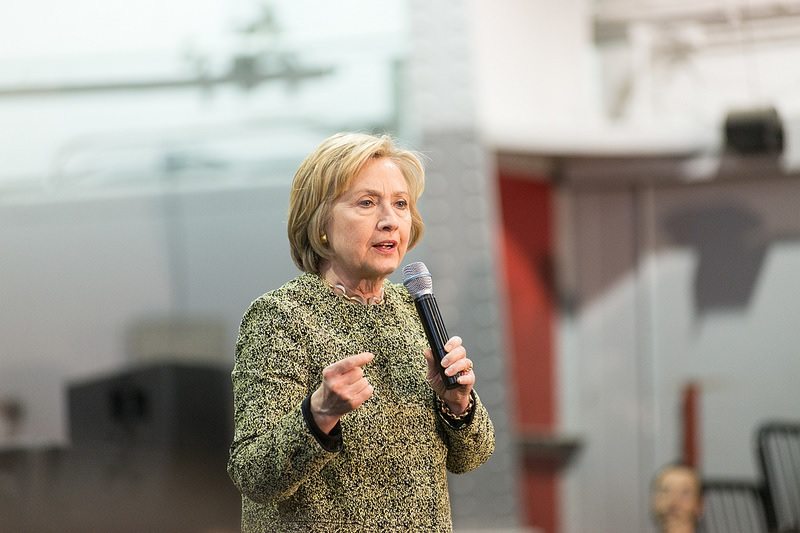 A recently leaked recording from 2006 has revealed that US presidential nominee Hillary Clinton wanted a rigged election in Palestine. The release shines a stark light on what the Democratic candidate actually thinks about democracy.

American news site The Observer was responsible for releasing the recording. The outlet’s publisher is Jared Kushner, whose father-in-law is Republican presidential candidate Donald Trump. But the audio, recorded by The Jewish Press, is illuminating regardless.

Clinton was speaking to then editor and staff writer for The Jewish Press, Eli Chomsky. They discussed the Palestinian elections that happened in January of that year. Hamas won a resounding victory in those elections, winning 76 of the 132 seats up for grabs. The US would have preferred Fatah to win.

Clinton commented on the elections, saying:

I do not think we should have pushed for an election in the Palestinian territories. I think that was a big mistake…

And if we were going to push for an election, then we should have made sure that we did something to determine who was going to win.

Chomsky told The Observer he was surprised that Clinton seemed to support the idea “that the U.S. should be in the business of fixing foreign elections”. But that reaction is in itself surprising, given that the US has a lot of form on such interference.

Not a surprise, but not great timing

US actions, for example, led to the overthrow of the democratically elected leader of Iran in 1953. And in 1957, the “Bruce-Lovett Report” revealed CIA plots in Jordan, Syria, Iran, Iraq and Egypt, according to Robert F Kennedy Jr. Renowned academic Noam Chomsky, meanwhile, has also regularly detailed US interference in Latin America.

And of course, in just the last decade or so, the joint actions of the US, the UK, and others have toppled leaders in countries like Iraq and Libya.

But the revelation about Clinton’s rejection of democracy for Palestinians arrives at a vexing time. Trump has claimed on many occasions that the current presidential campaign is being rigged. And WikiLeaks has already revealed that Clinton received questions prior to a debate with Bernie Sanders in the race to become the Democratic presidential nominee, giving her an unfair advantage.

America’s record on meddling in other countries makes this revelation about Clinton predictable. As does her unwavering record of support for Israel. Other emails, for example, show that Clinton extolled the value of a “Potemkin process” to resolve the conflict between Israel and Palestine; meaning no solution at all.

Though unsurprising, this recording will likely leave a bad taste in the mouths of Clinton voters as they head to the polls on 8 November. They will have to tick the box of a candidate who doesn’t believe in the very system they are engaging with. Or who, at the very least, only believes in democracy when it serves her interests or those of her powerful benefactors.

– See other Canary articles about Hillary Clinton and the US elections at The Canary Global.