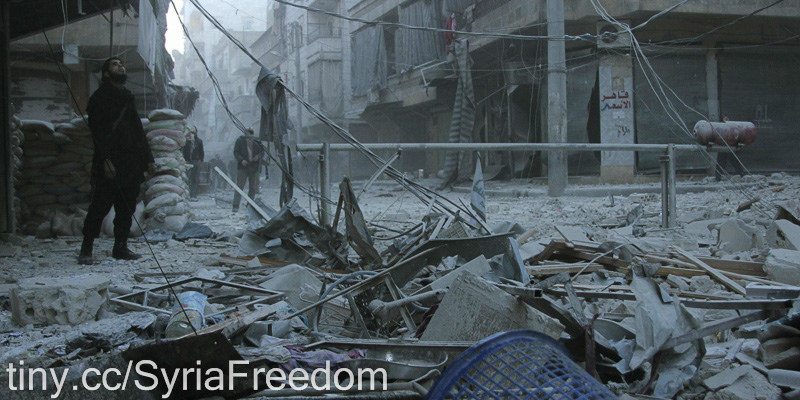 Russian submarines are currently ready to fire cruise missiles at anti-Assad rebel sites near the Syrian city of Aleppo. And alongside the inevitable killing of civilians, British troops may be killed too.

An anonymous but reliable source has told The Canary that British special forces are operational on the ground in and around Aleppo. US special forces may also be there, but we have no confirmation of that.

British special forces have been operational in Syria since at least June 2016. The first spotting was in eastern Syria, close to the Iraqi border. Further information about special forces presence emerged in August.

Around 200 British special forces troops, including the SAS, Special Boat Service and Special Reconnaissance Regiment could be present on the ground in Iraq and Syria.

The attack from the Russian navy, now off the coast of Syria, was forewarned on 8 November 2016. The following day, the attack was reportedly imminent. Fighter jets from the aircraft carrier Admiral Kuznetsov and other Russian naval ships apparently plan to bomb rebel-held positions in and around Aleppo.

On 8 November, jets attacked the villages of Khan Sheikhoun and Barabo in Syria’s north-western province of Idlib, killing at least 20 people, according to the Syrian Observatory for Human Rights. And if cruise missiles now target Aleppo, this will not be the first time they have been used in Syria. According to Russian Minister of Defence Sergey Shoygu, Kalibr cruise missiles were launched in December 2015 from a submarine and successfully hit two “terrorist positions” in Raqqa.

If the new phase of Russian strikes on Aleppo goes ahead, there will inevitably be more civilian casualties. And if British (and potentially US) forces are killed as part of this offensive, there may be an escalation in conflict between NATO powers and Russia.