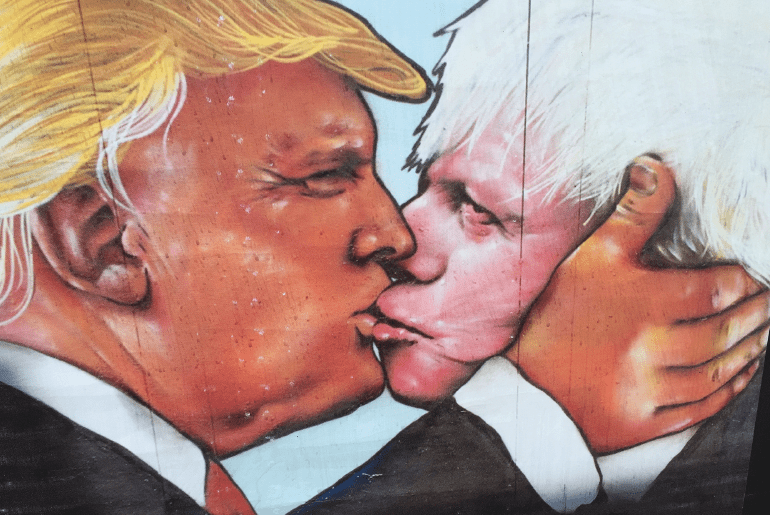 Very few people in the British political establishment expected Trump to become US President. As such, many of them find themselves in the unusual position of having criticised him in the past. But these same politicians are now choosing to ignore Trump’s divisive rhetoric. And that does not bode well for Britain’s future.

When Trump made inaccurate and Islamophobic comments in December 2015, Boris Johnson’s response was commendable. He accused Trump of being “out of his mind” and of portraying a “stupefying ignorance that makes him frankly unfit to hold the office of president”.

Yet these frank comments stand in stark contrast to what Johnson has said since Trump was elected:

Although Theresa May’s past comments about Trump were less colourful than Johnson’s, they were also commendable for the solidarity they showed:

I think we all agree that the comments Donald Trump made in relation to Muslims were divisive, unhelpful and wrong.

I just think it shows he does not understand the UK and what happens in the UK.

But her comments since Trump’s election have been entirely devoid of criticism:

I would like to congratulate Donald Trump on being elected the next President of the United States. Full statement: https://t.co/7W2feuodUE

In her full statement, May went on to say:

I would like to congratulate Donald Trump on being elected the next President of the United States, following a hard-fought campaign.

Britain and the United States have an enduring and special relationship based on the values of freedom, democracy and enterprise.

We are, and will remain, strong and close partners on trade, security and defence.

I look forward to working with President-elect Donald Trump, building on these ties to ensure the security and prosperity of our nations in the years ahead.

Could they have said more?

Insulting one of our most important trading partners may not be the most sensible move for the PM and Foreign Secretary. But then again, Trump ran a campaign that was xenophobic, racist, sexist, ableist, and homophobic. And to ignore this betrays everyone he targeted – in Britain and around the world.

Other foreign leaders, meanwhile, did manage to make it clear that they do not support Trump unreservedly. And they made it clear that Trump must support all of his citizens.

These comments came from the Canadian Prime Minister:

Our shared values are strong. Our common purpose is to build countries where everyone has a fair chance to succeed. (…)

…and where the government works first, foremost and always for the people it governs.

Even more explicit were the comments of German Chancellor Angela Merkel:

Germany and America are bound by common values — democracy, freedom, as well as respect for the rule of law and the dignity of each and every person, regardless of their origin, skin color, creed, gender, sexual orientation, or political views. It is based on these values that I wish to offer close cooperation, both with me personally and between our countries’ governments.

What does this mean for Britain?

In choosing to completely ignore Trump’s divisive rhetoric, our highest politicians are making a statement: that relations between America and the UK will carry on regardless. Brexit has put us in a position of being unable to spurn trade. It has also left us with a growing far-right sentiment. And the fact that the most senior Conservative MPs are refusing to stand up to Trump’s hateful rhetoric does not bode well for them standing up to similar rhetoric at home.