Trump is President, but Americans didn't actually vote for him [VIDEO] - Canary 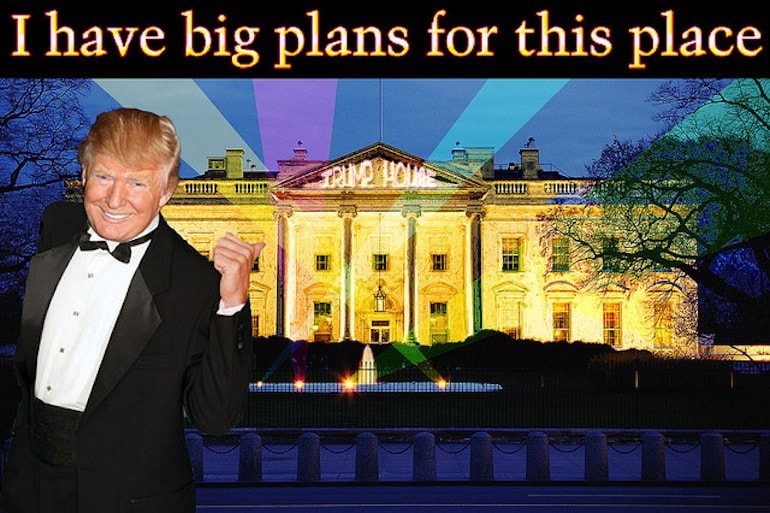 Donald Trump has won the US Presidency without actually winning the majority of votes. This is because the American system works on an electoral college format, which means the country’s fate really lies in the hands of just 538 people.

Trump’s majority of 276 electoral colleges over Hillary Clinton’s 218 did not raise any doubt. He was definitely the 45th President of the United States. But to say that most Americans voted for him is not quite true.

In short, over half of the American population is unrepresented by Trump, and will live under policies they didn’t vote for.

This is all possible because, when people vote, they don’t actually vote for a President. They vote for an ‘elector’. And the number of electors in any state depends on its population. In total, there are 538 electors made up of 435 Congress members, 100 Senators, and three more electors in the District of Columbia.

In theory, these 538 members can choose who they like as president. In reality, they tend to choose the person who wins the majority of the votes statewide. And most states have laws to ensure this. But if an elector really wanted to hijack an election, they could (and just pay the resulting fine). Once a President wins in 270 electoral colleges, they win the election.

The system’s aim is to ensure regional balance, so that smaller states’ concerns do not get drowned out by larger ones.

But we could say the opposite is true. Very small states tend to be over-represented, because the minimum number of votes any of them get is three.

So the fact that Trump won with fewer votes than another candidate is not a surprise. And it’s happened before. The 2000 election between Al Gore and George W Bush is the last example. Gore won by popular majority, but Bush scored big on elector votes.

For more, see this video:

The system came into place in 1787, before the establishment of political parties. So instead of voting for a party, voters selected an elector. Now, the political parties choose the electors, which would appear to be a conflict of interest. What’s worse is that many Americans don’t even know this. And the constitution doesn’t protect their individual vote; it only protects the vote of those 538 electors.

Some people also argue that abolishing the system wouldn’t put regional balance at risk. This is because the country’s demographics mean there has to be some support outside the big states for a candidate to win overall.

There is hunger for change, and 11 states have enacted the National Popular Vote bill. But that won’t change the reality of what was probably one of the most controversial elections ever.

– Read more on the US elections and Donald Trump at The Canary Global.