Insulting Kim Jong-un is a big no-no, but not just in North Korea - Canary 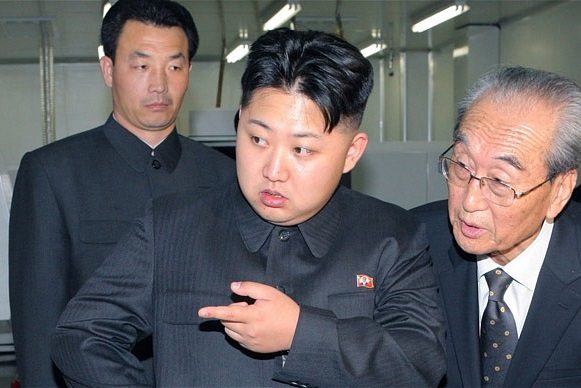 After a formal request, China is now censoring the nickname ‘Kim Fatty the Third’ – a reference to North Korean leader Kim Jong-un. The request from North Korea means the label will no longer appear on Chinese websites.

The Chinese government stays committed to building a healthy and civilised environment of opinions… We disapprove of referring to the leader of any country with insulting and mocking remarks.

‘Kim Fatty the Third’ is a popular phrase in China. But the government’s decision to censor it is unsurprising. Human rights advocates warn that online censorship in the country is getting worse. This means that citizens only see the side of the government that it wants them to see. In this instance, it is an attempt to maintain the notion of North Korea as an ally.

China continues to have good relations with North Korea – despite the country’s nuclear ambitions – so it would have been risky to deny the formal request to censor the phrase. Also, given China’s pervasive restrictions on freedom of expression, fulfilling the request was hardly a strange move.

But there’s another aspect to this censorship. And that’s what it tells us about the nature of Kim Jong-un and North Korea’s political model.

North Korean officials feared that Kim Jong-un would find out about the nickname. Indeed, any insult to the leader is taken very seriously.

Kim Jong-un’s title of “supreme leader” gives him ultimate power and authority. And citizens must be very careful about failing to refer to him using his proper title.

Prior to the release of The Interview – a Hollywood film about assassinating Kim Jong-un, North Korea warned that its release would be an “act of war”. So even when a country is not allied with North Korea, mocking its leader is considered a grave offence.

But North Korea demonstrates a double standard where insults are concerned. While Kim Jong-un is apparently unable to handle insults, the country’s press is more than happy to dish them out against other leaders.

All of these efforts to mock other leaders, while protecting the supreme leader himself from insults, reveal just how controlling the North Korean regime really is.