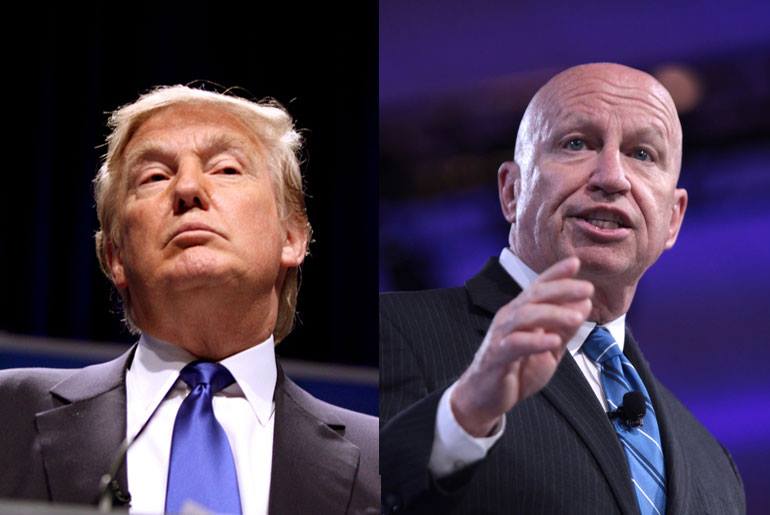 US President-elect Donald Trump promised to eradicate controversial trade deals like the TPP (Trans Pacific Partnership) when he was on the campaign trail. But only one week after his victory, the future of the agreement doesn’t look so certain. The main man in charge of setting taxes and tariffs in the US, for example, has said he wants the TPP back and is willing to negotiate the terms.

If the deal was to be approved, it could create a single market between the US and the other member states. This could reduce the UK’s ability to trade with them.

The deal was proposed by current US President Barack Obama. He planned to force through the agreement before stepping down as President, but such plans were blocked by congressional leaders from both parties.

Trump has always claimed to be against the trade agreement. In June, in his “Declaring American Economic Independence” speech, he said:

During his campaign, he argued that international trade agreements had hurt US workers and the country’s competitiveness. And he promised to “get tough” on China.

TPP has come under a lot of criticism and there have been many protests against it. While Trump argues on the grounds of ‘economic security’, others say the agreement allows large companies to gain more control and power. The agreement could see a “dramatic expansion of the rights of corporations in trade partner countries”, for example, meaning greater control over policies and regulations.

Yet despite Trump’s alleged opposition to the agreement, one of his main political allies has just revealed a desire to re-open the case for the TPP. Kevin Brady is the Chairman of the US House Ways and Means, the committee which decides on matters of taxation, tariffs, and other revenue-raising measures in the US. On 14 November, Brady revealed he would continue to promote the benefits of free trade agreements to Trump. He said:

I hope that he allows us to make the case that to grow our economy, it’s just not enough to buy American. We have to sell American all through out the world. These trade agreements, done right, strictly enforced, level that playing field.

Don’t withdraw, renegotiate. There is plenty that levels the playing field. Renegotiate. Fix the problems that exist today. Let’s find a way to move forward.

Brady is currently in charge of the Republican ‘tax reform’ programme, which they hope to pass during Trump’s first 100 days in office. Of the tax overhaul, Brady has said:

Because Mr. Trump has made it clear he wants to do tax reform in the first 100 days, House Republicans are going to be ready. I’m confident that this blueprint will grow the economy significantly, simplify the tax code for families and lower their tax burden and bust up the IRS, redesign it so it’s focused on customer service.

In short, Brady has a massive role to play in delivering one of Trump’s primary campaign promises. And there is a very real possibility that he will try to convince Trump to revert his stance on the TPP. And Trump, who believes in big business and plans to lower corporate tax to attract more businesses to the US, may well respond to Brady’s suggestions. It was already revealed during his campaign, for example, that he himself had benefited from cheap labour in China through current trade agreements.

And if he’s profited from the agreements before, and is surrounded by Republican TPP advocates now, it seems entirely possible that Trump may not be able to deliver on his only truly attractive policy.

– Read more about the TPP agreement.

– Find out more about the TTIP agreement.