In a post-truth society, children need to learn philosophy more than ever [OPINION] - The Canary 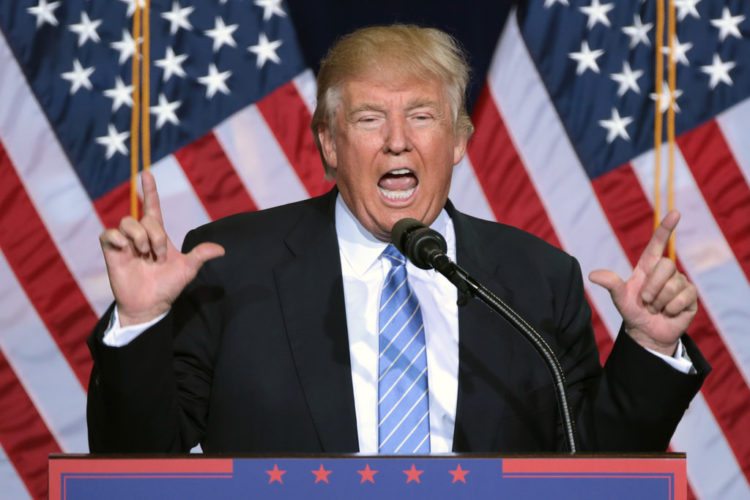 The Oxford Dictionary’s Word of the Year 2016 is ‘post-truth‘. It defines the concept as:

relating to or denoting circumstances in which objective facts are less influential in shaping public opinion than appeals to emotion and personal belief.

The concept of post-truth has been around for some time. But in the context of the EU referendum and the US presidential election, there has been a huge surge in its use. According to The Independent, we now live in a post-truth world, and there’s no going back.

In this world, it’s more important than ever for children to learn philosophy.

Irish President Michael D. Higgins also believes that we live in a post-truth world. In response to recent events in the UK and US, Higgins calls for teaching philosophy in schools, and promoting the subject in society. Speaking at an event in Dublin, he said philosophy will enable citizens “to discriminate between truthful language and illusory rhetoric”.

Higgins raised concerns about the rise of anti-intellectualism feeding populist movements. But how exactly would teaching philosophy to children tackle this problem?

Higgins reminds us that:

…fear, resentment and prejudice against those who are not ‘like us’ requires the capacity to critique, which an early exposure to the themes and methods of philosophy can bring.

Far from being involved with pointless contemplation, philosophy teaches and strengthens critical thinking skills. The EU referendum campaigns and US election campaigns desperately needed the application of these skills. And a different evaluation of the arguments could have seen both campaigns play out quite differently.

Higgins also warns about the “digital echo chambers” that we create through how we use the internet. We could spend valuable time, for example, challenging our beliefs and prejudices. But we don’t. Indeed, social media has become a platform for reinforcing our opinions, while ignoring points of view we disagree with.

It is a form of self-censorship. And it’s dangerous. Unfriending someone on Facebook because they expressed an idea you disagree with may seem intuitive, but the overall effect – i.e. the ‘echo chamber’ that you create – can actually hinder your ability to think critically.

Likewise, uncritically sharing or regurgitating information from mainstream media outlets can also contribute to the post-truth society we find ourselves in. And being able to judge whether information is credible is highly necessary in the face of a biased corporate media.

Emotions were running high before and after the EU Referendum. The US presidential election elicited a similar response. In light of this, Higgins claims children need to:

learn to articulate their thoughts and provide justifications for them, and that they find ways of disagreeing without resorting to violence, whether verbal or physical.

And the verbal and physical violence that Higgins speaks of is real. Post-Brexit, hate crimes soared by 41%, and the US suffered a similar response following Trump’s victory. Day one in post-election America was indicative of the hateful and divisive atmosphere that the Republican’s electoral campaign had encouraged. And even Trump supporters have been attacked on several occasions as a result.

Watch out for illogical arguments

A philosophy course for children could include a module on logic. Central to the study of logic is the ability to recognise illogical arguments. In short, emotion is more important than facts in post-truth politics; and philosophy can shed some light on this phenomenon.

Appeal to emotion (Argumentum Ad Passiones) is a logical fallacy in which emotion is used in place of facts, evidence, and reason to win an argument. Emotions significantly affected the Brexit result. And they also formed the basis of Trump’s campaigning strategy.

Unfortunately, we do not learn logic from an early age. But if voters were more familiar with what does (and doesn’t) constitute a logical argument, it would be much more difficult for the likes of Farage and Trump to gain our approval.

Simply speaking, political debate has degenerated into talking points, instead of discussions about the details of policy. And a whole slew of illogical arguments have characterised recent events in both the UK and US.

Argumentum ad populum: appealing to the masses. ‘Bandwagon fallacy’ is another term for it. It’s when the truth of an argument is based on how many people believe it. Of course, just because the majority of people believe something to be true, this doesn’t necessarily make it so. And it is a driving force behind the rise of populism.

Argumentum ad hominem: rebutting an argument based on the character of the person making the argument. Instead of thinking carefully about the argument someone is making, recent political debates have turned into ugly insult-slinging matches.

No one is more guilty of this than Trump, who relied heavily on ad hominem attacks during his campaign. The fact that Trump’s main opponent – Hillary Clinton – was unpopular with so many US voters meant in some cases that Trump could get away with just slinging insults rather than actually making logical arguments.

At the same time, shouting down all Trump supporters as bigots, racists, and sexists doesn’t help. It is easy to see why this labelling has occurred, based on what Trump has actually said and done. Or what his supporters have said and done. But ultimately, name-calling (even if it’s true) is unhelpful if we want a productive debate.

The next logical steps

Being able to spot illogical, irrational, lazy, and manipulative arguments is not an elitist skill. On the contrary, given the issues we face in the modern world, it’s an absolute necessity. As previously reported in The Canary, climate change deniers are now dictating US environmental policy. And this shows that the way we vote can have huge repercussions. It’s therefore vital that the power to vote is used in a responsible and rational way.

– Check out P4C, a co-operative that aims to bring philosophy to children.