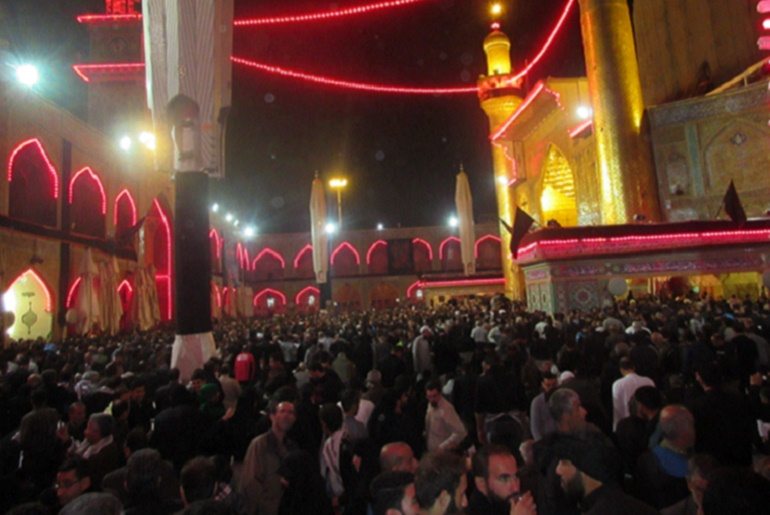 Correction: After editorial review, we found this article failed to meet our high standards of accuracy. The article and its headline were updated on 14 March 2019. A previous version of the article incorrectly stated that 20 million Muslims took part in a peaceful march against Daesh (Isil/Isis). In fact, they took part in a mass pilgrimage in spite of Daesh’s presence nearby. We also changed the headline from A massive march just happened in Iraq, but you won’t find the UK media reporting it [TWEETS] to A massive pilgrimage just happened in Iraq despite Daesh attacks.

Many claim the UK mainstream media is biased against the world’s Muslim population. And the rise of Daesh (Isis/Isil) has resulted in an explosion of hatred towards an innocent population, with the media sometimes spreading it. Their bias is often clear to see. Just one example of this was their silence when, on 20 and 21 November, 20 million Muslims took part in a peaceful pilgrimage in Iraq – in spite of the Daesh presence there and its recent attacks in the region.

The UK media tends to segregate the Muslim population. Sensationalist headlines work to divide the nation and contrast the Muslim community with the rest of society. Newspapers like The Sun, The Express and The Daily Mail are especially to blame for this. Recent headlines, for example, include:

Germans are ‘strangers in their own country‘ due to ‘Muslim infiltration’…

Islamophobia in the media is a huge problem. While some, like The Guardian, have identified the issue, little is being done to stamp it out.

On 20 and 21 November, millions of Muslims came together in Karbala, Iraq for the annual Arbaeen Procession to commemorate Hussain ibn Ali, a famous Shia Muslim martyr. A man who, in the 7th century CE, stood up to a tyrant who demanded his obedience. Much like those standing up to Daesh today.

The procession is a Shia tradition, but most Sunni Muslims also hold Hussain ibn Ali in great esteem. Daesh, on the other hand, sees Shia Muslims as apostates, and has murdered Shia civilians on numerous occasions. Including at last year’s pilgrimage.

According to MintPress News:

The marchers… [came] from over 60 countries, and most of them have marched all the way to Karbala from other Iraqi cities like Najaf and Baghdad in a show of devotion.

Many arrived on foot, despite risking their lives by travelling near Daesh-controlled areas in Iraq. They used social media to share their commemoration of the martyr and solidarity against Daesh:

Unfortunately, the pilgrimage itself was also the target of an attack. On 24 November, a Daesh bombing killed dozens of people. Many were pilgrims.

Report the good, too

The Independent was one of the only mainstream media outlets to release a story about the pilgrimage. In the article, it spoke about how Arbaeen Procession organisers in the UK have slammed the lack of media coverage in the past, with one saying:

I think the reason the mainstream media hasn’t covered the [march] is because I don’t think it’s juicy enough to sell papers. It’s simply not interesting enough… If a group of Muslims do something good, it’s not mentioned or the religion is not mentioned. But if someone does something [negative], it is on the front page and their religion is mentioned.

Indeed, the positive is rarely reported. And the negative too often dominates. But when followers of a major world religion face discrimination as a partial consequence of unbalanced or biased media coverage, we should not just remain silent. We should stand up and make our voices heard.

– Read more on The Canary about the war in Iraq.