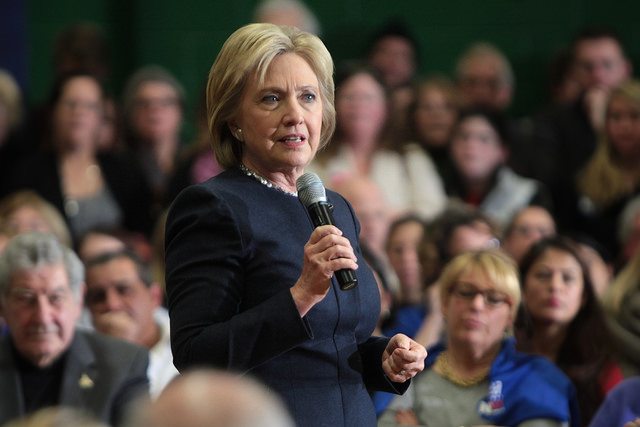 Jill Stein, one of the third-party candidates in the 2016 US presidential race, has launched a campaign to recount votes in key states in the US. She believes there is compelling evidence that votes were miscounted.

She launched the campaign on 23 November, and within hours she raised $2.5m. The funding will allow Stein to recount the votes in key states where she believes there were “significant discrepancies in vote totals”.

The states in question are Wisconsin, Michigan and Pennsylvania, where the irregularities concern electronic voting results.

Stein believes that if a recount finds that Democratic candidate Hillary Clinton, who won the popular vote in the election, has the majority, the electors for each electoral college could re-declare their votes in her favour.

The move comes in the wake of new evidence that shows vote rigging may have been at play. Computer scientist John Bonifaz and lawyer Alex Halderman found the anomalies. They said that in the Wisconsin counties for instance, the votes for Clinton were on average 7% lower wherever they used electronic voting machines. If this was an error, the correction could give Clinton 30,000 more votes, winning her the state. In Michigan, 16 electoral votes have not been counted because the results were too close to call. In addition to Wisconsin, Clinton would need to win the 16 votes in Michigan, as well as 20 potential votes in Pennsylvania.

Halderman believes the error could be due to malware, deliberately used as a hacking tactic. Halderman agrees that it sounds a little sci-fi. But he also says it’s not completely implausible. We’ve already seen Clinton’s campaign manager John Podesta’s emails hacked and leaked, after all. At the same time, hackers breached security and stole voter data from Illinois and Arizona. And the US government has already accused Russia of cyberattacks against it.

Were this year’s deviations from pre-election polls the results of a cyberattack? Probably not. I believe the most likely explanation is that the polls were systematically wrong, rather than that the election was hacked. But I don’t believe that either one of these seemingly unlikely explanations is overwhelmingly more likely than the other. The only way to know whether a cyberattack changed the result is to closely examine the available physical evidence  – paper ballots and voting equipment in critical states like Wisconsin, Michigan, and Pennsylvania.

Bonifaz and Halderman notified the Clinton campaign about their findings.

It seems now that Stein has taken up the task out of principle, to “shine a light on just how untrustworthy the US election system is”.

Clinton’s lead in actual votes, meanwhile, is growing. And she has now a lead of over 2 million.

While the Democratic candidate may feel pressure to accept the results, there is still time to scout for errors. And many people are counting on this. Trump’s victory has caused great divisions in the US, and has triggered an extraordinary rise of the far-right fringe. Clinton may be unpopular, but many people continue to see her as the ‘lesser evil’ when compared with Trump.

If Stein succeeds and raises funds for the complete recount, many will be disappointed whatever the result. And whoever ends up as president must understand that the divisions in US society will not be disappearing anytime soon.