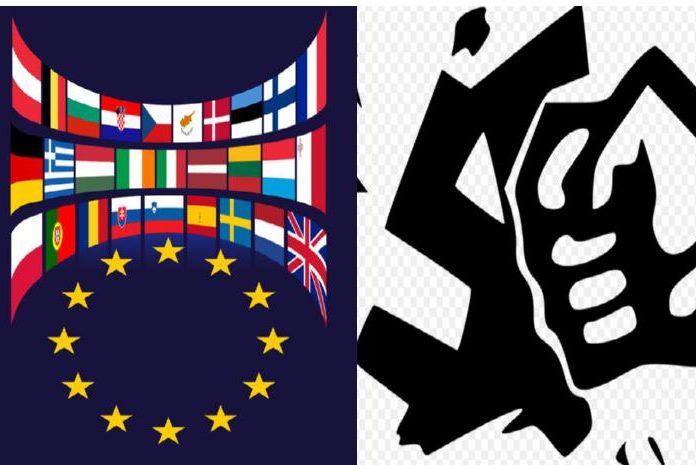 The results of the Austrian presidential election are in. And many across Europe will be breathing a sigh of relief. For the first time in 2016, a year when overt and unapologetic nationalism seized the main stage all across the world, the far right has lost. Fair and square.

But for that defeat to take place in Austria, birthplace of the twentieth century’s most infamous tyrant, Adolf Hitler? A nation directly involved in the instigation of both World Wars?

Many might view Austria’s rejection of fascism as gloriously symbolic. A beacon of hope, even.

A spanner in the works for the far right?

The Austrian election was critical. On 23 June, Britain toppled the first domino in a chain of events that some foresaw would lead to the collapse of the ‘European experiment’.

Marine Le Pen and France’s National Front are only too keen to seize upon that momentum of Brexit, and might yet get their way if their party gets elected in January 2017.  Without Britain and France, the future of the European Union would surely be in even greater jeopardy.

But 2016 is also the year when language changed. What was once considered ‘extremist, far-right rhetoric’ suddenly now seems widespread and acceptable. As a result, hate crimes and open xenophobia have spiked across the Western world. Of course, nothing sums up this ‘change of tone’ more so than the recent election of Donald Trump in the US. The ‘rise of the far right’ was beginning to seem unstoppable.

Some feared that Austria would be the first European nation to elect the continent’s first hard-right nationalist leader since WWII. Suffice to say, Hofer’s election would have proved another nail in the coffin of the EU, and a huge cause of concern for just about anyone not white, heterosexual, or Christian.

But following a bitterly fought campaign, Hofer finally conceded the presidency on Sunday 4 November – describing himself on social media as being “infinitely sad”.

The vote was widely regarded as a forecast for how other populist far-right parties might fare in European elections. Van der Bellen openly referred to his party’s victory as a vote for a “pro-European Austria” based on “freedom, equality and solidarity”.

Referring to the Austrian flag, Van der Bellen described it as:

I will try to be an open-minded, a liberal-minded, and first of all a pro-European federal president of the Republic of Austria.

French President Francois Hollande openly thanked Austria for “choosing Europe and openness”. Germany’s Social Democrat Vice-Chancellor, Sigmar Gabriel, said the result was “a clear victory for reason against right-wing populism”, while Foreign Minister Frank-Walter Steinmeier, who is to become Germany’s next president, commented on how it was “a good omen” for Europe:

In this particular situation Europe is facing, we are urgently in need of good news.

Not out of the woods yet

Apart from Marine Le Pen in France, Hofer’s victory would undoubtedly have emboldened other extremist and far-right parties on the continent, such as Geert Wilders’ Freedom Party (PVV) in the Netherlands, and Germany’s ‘Alternative für Deutschland‘ (AfD). All of whom seek an end to European ‘unity’. And until the results of the 2017 elections come in, Europe’s survival is still very much at stake.

Despite a symbolic victory, the role of Austria’s president is mostly ceremonial. It is not an executive post like in the US. Van der Bellen will not be able to propose laws, give directions to the Austrian cabinet, dismiss ministers, or declare wars. Therefore, it is more ideological than a stalwart direction for governmental policy. And, of course, there’s still the issue that 46.7% of the country did want Hofer in power.

But considering 2016’s track record so far, it’s undeniably a glimmer of hope for those supporting inclusive, socially liberal, and left-wing politics.

– Support Stand Up To Racism, and oppose racism on the streets.

– Support The Canary so we can keep resisting the global rise of the far right.