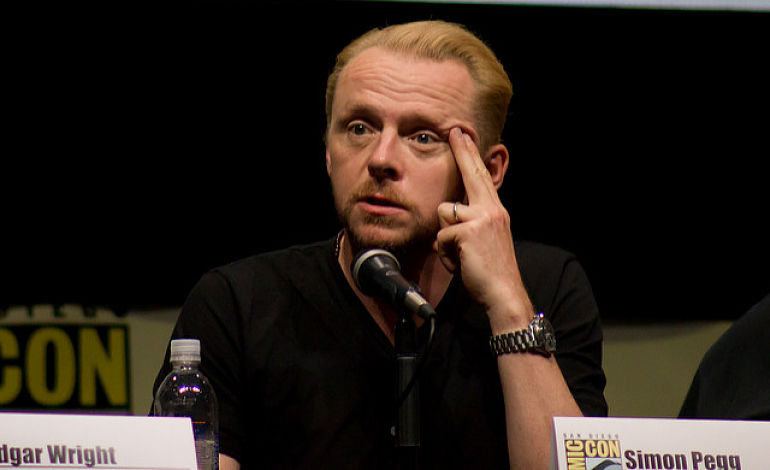 While the mainstream media has been relatively quiet on the war raging in Yemen, actor Simon Pegg is using his voice to raise awareness. And not just for the dire humanitarian catastrophe plaguing the country. But to demand the UK government stops selling arms to Saudi Arabia, which has been largely responsible for cutting off aid and leaving 82% of the country’s civilian population in crisis.

Speaking in a video for Oxfam, Pegg says:

Right now British bombs are falling on Yemen and the British government are fuelling the airstrikes by supplying arms to the Saudi led coalition.

Schools, hospitals, food supplies have all been bombed.

And every side has been accused of breaching humanitarian law.

He then asks the British public to add to his voice. Holding up a white piece of paper where he has drawn a red line, he says that the line represents the Arms Trade Treaty.

Pegg explains that the treaty is “a massive global agreement to prevent human suffering caused by irresponsible arms sales”, and that no one should ever cross that line. But, he says, “the British government, our government, has crossed that line”.

The actor wants people to pick up their pens and write to their MPs, demanding that the UK stops selling arms to Saudi Arabia. The UN and human rights groups have accused Saudi Arabia of committing war crimes in an aggressive war backing the official Yemeni government against Houthi rebels. Evidence suggests [pdf] the Saudis have used UK-made weapons. But the British government denies the evidence, and has helped to whitewash abuses and its own obligations.

Some say the scale of Yemen’s crisis rivals even Syria’s. But its presence in the media has been wanting. In part because the current Houthi government has banned foreign journalists and constantly threatens Yemeni journalists. The lack of electricity also means that social media cannot provide the insight that it has for other conflicts. Aid organisations, however, have said that Yemen is close to severe famine.

As Pegg says, the UK must not stay silent. And it must not maintain the status quo of its arms deals with Saudi Arabia. To do so would essentially mean facilitating war crimes.

– Write to your MP and ask them to demand the UK government stops selling arms to Saudi Arabia. Mark your letter with a red line.