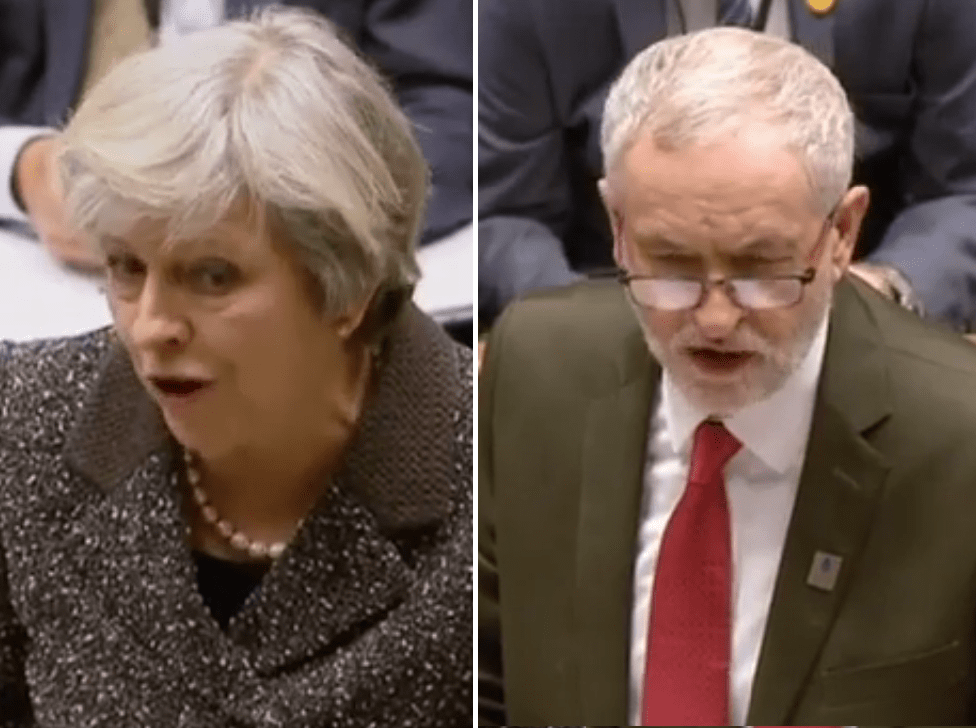 Theresa May appeared to suggest that she’s a hero of workers’ rights at Prime Minister’s Questions (PMQs). But Jeremy Corbyn handed the Prime Minister her arse on a plate, saying:

The threat to workers’ rights, Mr Speaker, is there every day. Six million earning less than the living wage. Many people, nearly a million, on zero hours contracts with no protection from this government. What they are offering, yet again, is the bargain basement alternative.

In the Commons, May kept repeating that she would “protect workers’ rights” in post-Brexit trade deals.

But Corbyn had another recent example of how that platitude does not match reality:

The evidence of what the Tory Party really thinks about workers’ rights was there for all to see yesterday. A private member’s bill… to tear up parts of the International Labour Organisation (ILO) convention, talking down my friend the member for Grimsby’s bill to protect European workers’ rights… That is the real agenda of the Tory Party.

Corbyn argues that a failed Tory move as recent as 24 January shows that you can’t trust the party with workers’ rights. On that day, Labour defeated a Tory MP’s bill to make it harder for workers to exercise the right to strike. The bill would have banned workers from striking unless their actions were deemed “reasonable and proportionate” by a High Court judge.

Now, if one works for an ‘essential service’, at least 40% of all eligible voters must vote in favour of industrial action. To be clear, not 40% of votes cast, but 40% of the entire membership. This means that on a 50% turnout, a whopping 80% must vote in favour. The UN ordered the ruling Conservatives to remove education and transport from services this rule applies to, but the government ignored it.

This is a breathtaking double standard from the Conservatives. They only got 36% of the vote in the 2015 general election, on a 65% turnout. Their 2015 mandate is well below the bar they are setting for trade unions. On their own terms, they would have needed to get 62% of the vote for their government to be legitimate. And May hasn’t been elected at all, even by her own party members.

PM claims that the Tories defend workers rights, they have been against workers rights since the inception of the Conservative Party #PMQs

Corbyn is right to point out that May and the Tories are not to be trusted, especially on workers’ rights. The removal of labour, environmental, and public service protections are some of the few ‘cards’ the Prime Minister holds at the table post-Brexit.

The Conservatives already got fully behind the TTIP trade agreement that would feed these protections straight to the corporate hyenas. The idea that they wouldn’t offer up these protections to secure corporate investment in post-Brexit Britain is quite frankly laughable. So we must watch the government like hawks.