It turns out there WAS a recent terrorist bombing in Sweden. And the world's media stayed quiet - Canary Workers’ Co-op 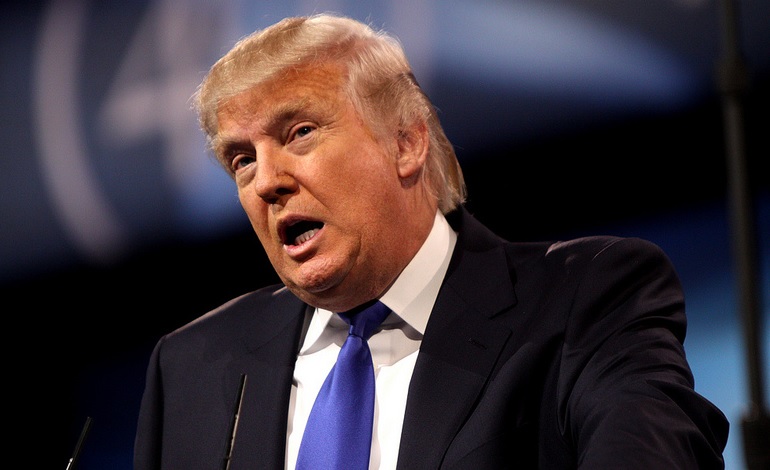 It turns out Donald Trump was right. There was a recent under-reported terrorist attack in Sweden. Just not the kind Trump was referencing the other day.

The attack came before Trump appeared to cite a non-existent Islamist terror attack in Sweden at a campaign-style rally on 18 February. Attempting to justify his xenophobic policies, the President said in Florida:

Sweden. Who would believe this? Sweden. They took in large numbers. They’re having problems like they never thought possible.

Police arrested three suspects for the home-made bomb attack on a centre for asylum seekers, which happened on 5 January.

All three suspects “are or were in the past members of the Nordic Resistance Movement (NMR)”, said Mats Ljungqvist of the anti-terror prosecutor’s office. The attack left an immigration officer with serious injuries to his legs.

NMR is a neo-Nazi group that exists in Sweden, Norway, Finland and Denmark. Emboldened by Trump’s victory, NMR staged its biggest ever march in Sweden in the wake of his election.

The Swedish secret service, Säpo, is treating the attack as politically motivated. Ljungqvist said that the attack appears to be related to two other attempted bombings in Gothenburg in recent months. A bomb went off at a “well-known far-left haunt” on 8 November. And on 25 January, a bomb was found at a place that temporarily houses immigrants.

Trump now claims he was referring to “rising crime” in Sweden when speaking in Florida. But he listed Sweden alongside Nice and Paris, in what sounded like a list of terror attacks. He also referred specifically to “last night” in Sweden, rather than a general rise in crime.

This is far from the first time Trump has been caught misleading people. Nor is it the first time the Trump Administration appears to have made up a terror attack.

Earlier this month, Trump aide Kellyanne Conway cited a non-existent ‘Bowling Green Massacre’ and blamed it on refugees. Again, it turns out she was right. There was a Bowling Green Massacre involving immigrants. But like the attack in Sweden, it’s not the kind Trump’s team speaks of. These immigrants were the colonising Dutch. In 1643, Dutch settlers killed 30 natives from the Lenape tribe in what is now Bowling Green Park in New York City.

From fictional terrorism in Bowling Green Park to Sweden, the Trump Administration’s rhetoric is the opposite of reality. We must continue to expose his lies.

Watch Trump refer to the nonexistent attack in Sweden at his rally:

– In the UK on 20 February, thousands of immigrants in the UK are taking action to highlight their contribution to the economy. Let’s stand with them.