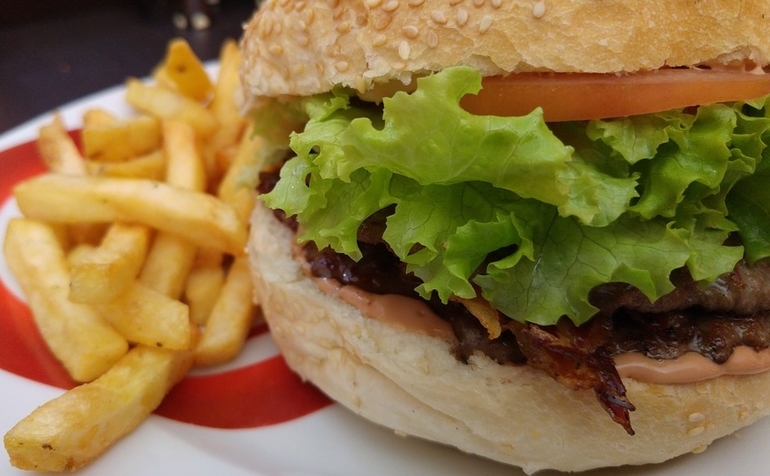 A US national poll highlights that only a third of parents think they are doing a good job in helping their kids eat healthily. This is in spite of the fact that the majority of respondents believe healthy eating is especially important during childhood.

The poll suggests that big food companies are responsible for the high incidence of childhood obesity and ill health in two ways. Firstly, parents say price affects what they feed their children. Secondly, one in five don’t believe it’s important to limit fast food and junk food in their child’s diet. Here’s how the food industry has influenced both of these factors.

So why is there such a big price gap? In the US, the federal government heavily subsidises seven crops and farm foods – corn, soybeans, wheat, rice, sorghum, milk and meat. Most of these crops are not inherently unhealthy (i.e. soybeans). But they often form the basis for unhealthy products, such as processed meat, corn sweeteners and refined carbohydrates.

Likewise the meat industry has lobbied against safety regulation because it would drive up costs. The food industry has been copying the strategy of Big Tobacco in fighting off regulations meant to protect people’s health.

The harmful effects of meat on human health and the environment are known as ‘negative externalities‘. Including these externalised costs would push the true price of a Big Mac, for example, to $12 (nearly £10). If junk food companies had to pay for the burden they place on society, the price of their products would sky-rocket. The book Meatonomics estimates the total externalised costs of US meat and dairy production at over $400bn (about £330bn) each year.

As such, in many ways the US government is supporting unhealthy eating habits. And while the UK is not directly comparable to the US, it is still strongly influenced by trends happening across the Atlantic.

This recent national poll illustrates that many parents aren’t overly concerned about how processed meat or sugar affect their children’s health. As a possible reason for this, some evidence suggests that the food industry is misleading the public.

According to a report, the sugar industry financed influential research that downplayed the role of sugar in heart disease. Last June, the Associated Press revealed how a confectionery trade group was funding research into sweets. And in 2015, The New York Times reported that Coca-Cola had funnelled millions into research to understate the link between sugary drinks and obesity.

Dietary guidelines in the US do recommend reducing sugar intake. So the sugar industry’s promotion of misleading information has not been as effective as it hoped it would be. However, these guidelines don’t recommend eating less meat. Even though the World Health Organisation (WHO) pointed out how processed meat can cause cancer. This is because the meat industry has had success with its intense lobbying efforts.

It’s upsetting to see cycles of misinformation coming back over and over again. The public has been confused and will remain confused by these guidelines.

Recent research published by the University of Melbourne suggests that major healthcare benefits could be gained, and billions of dollars saved, through the introduction of sugar, salt and fat taxes, alongside a fruit and vegetable subsidy. Researchers believe this will be more effective than a single sugar tax, which in Mexico has had a minimal impact.

Subsidising healthier foods is effective in changing people’s dietary choices. But not everyone supports taxes on junk food. Some commentators believe that taxing sugar will hit the poor the hardest, while others argue it’s a form of ‘nanny statism’.

Of course, there are other strategies for reducing childhood obesity. Encouraging children to be more physically active and less sedentary is one way. But as long as the meat and junk food industries receive hefty subsidies, avoid social costs, and mislead the public, many parents will continue to choose unhealthy options over healthy options for their children. It’s a sad state of affairs, when the most affordable diet is the one that will most likely ruin your health.