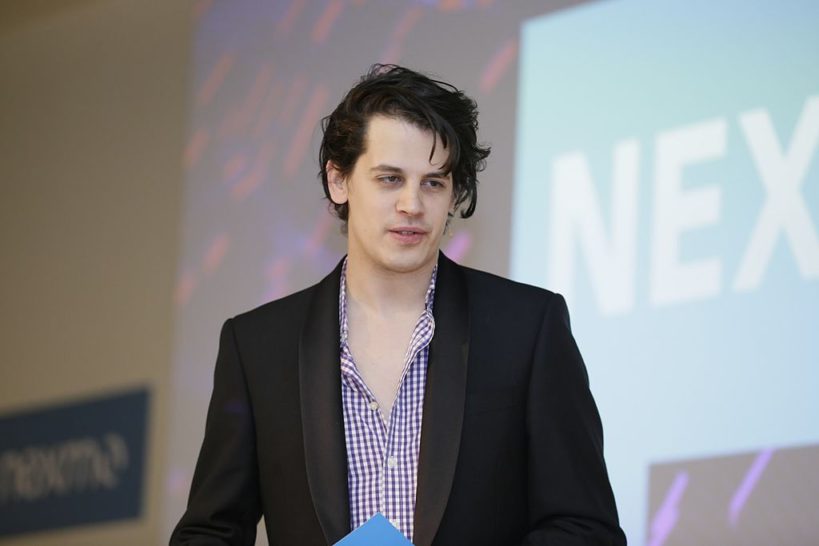 Milo Yiannopoulos is a far-right troll who was banned from Twitter for encouraging abuse. He has famously made many statements which are both objectionable and wrong. He is also a writer for Breitbart, the site formerly headed by Donald Trump’s chief strategist Steve Bannon. But his latest controversy looks set to be his biggest yet.

Yiannopoulos has been asked to be a guest speaker for The American Conservative Union. And as a result, many people are now learning about statements Yiannopoulos has made which seem to support statutory rape.

Milo advocates sex between children and grown men. If you're proudly alt-right, he's your poster boy.

Let that sink in.

Most of Yiannopoulos’s arguments hinge on the idea that paedophilia is always wrong but that hebephilia is sometimes okay. The reason for consent laws, however, are to protect children. Because even if it’s ‘consensual’, there is no way of knowing how underage sex will affect a child until after it has taken place. This is consequently why we assert that children cannot legally give consent. As J. Bryan Lowder writes for Slate:

The most common rationale for consent legislation in the West today is the desire to protect children and teens—who are now understood to undergo important psychological development well after they’re biologically capable of sex—from confusing and possibly abusive relationships with more powerful adults.

People are accusing Yiannopoulos of “normalising” paedophilia in this interview. In it, he talks about having a sexual encounter with an older man when he was below the age of consent. But he doesn’t seem to think this incident was problematic, and he asks Rogan questions like:

So you’re saying you’ve never seen a 15-year-old girl, at any point in your life, that you thought was hot?

The most disturbing section of the video is when Yiannopoulos insinuates that he frequented Hollywood parties in which young boys were available to men:

There was a lot of drugs, and a lot of… twinks taking drugs and having unsafe sex with older men. And some of these boys were very young.

Yiannopoulos has since discussed his comments on Rogan’s channel with The Drunken Peasant‘s podcast.

Responding to the idea that consent laws are there to protect young people, Yiannopoulos said:

The law is probably about right… but there are certainly people who are capable of giving consent at a younger age: I certainly consider myself to be one of them… people who are sexually active younger… I think it particularly happens in the gay world, by the way…

This is one of the reasons I hate the left… they have this sort of stupid… arbitrary and oppressive idea of consent, which totally destroys the understanding that many of us have of the complexities and subtleties and complicated nature of many relationships.

The hosts of the show later accuse Yiannopoulos of supporting paedophilia. He responds:

Yiannopoulos has defended himself against this latest backlash on Facebook. Remember here that Yiannopoulos does not consider adults having sex with early-pubescent children to be paedophilia.

Some of Yiannopoulos’s supporters are standing by him. But others clearly feel that this latest revelation is a step too far.

Richard Spencer is a prominent white nationalist and leading ideologue of the ‘alt-right’:

When you've lost Dick Spencer, you know it's truly over, Milo. #MiloIsDoneParty pic.twitter.com/W55hI2Vwpy

Other people have admitted supporting Yiannopoulos in the past, but are seeing this as the final straw:

I found Milo amusing, provocative, w/ some good points (some were nuts.) But conservs defending what he said on yung teens are frigging evil

Many conservatives are also distancing themselves from him:

(3) Milo should not be keynoting CPAC

And yet some of his supporters believe the controversy is a conspiracy:

It’s easy to follow Yiannopoulos’s stance on this issue. He clearly does object to the abuse of pre-pubescent children. Yet he also thinks that it’s sometimes okay for an adult to have sex with ‘consenting’ early-pubescent children. He may think the age of consent is ‘about right’, but he reasons that it can be ignored if the child is capable of giving consent. But he doesn’t appear to explain how it’s possible to know or prove that if a child is truly capable of such a decision. And he holds these views firmly enough to protect the identities of high-profile men who he insinuates have committed statutory rape.

Few people would agree that this is okay. And it cannot become the new normal.

– Play your part in the ongoing media revolution by supporting new media organisations that do better.