France just trolled Donald Trump, and it's left us in stitches [VIDEO] - Canary 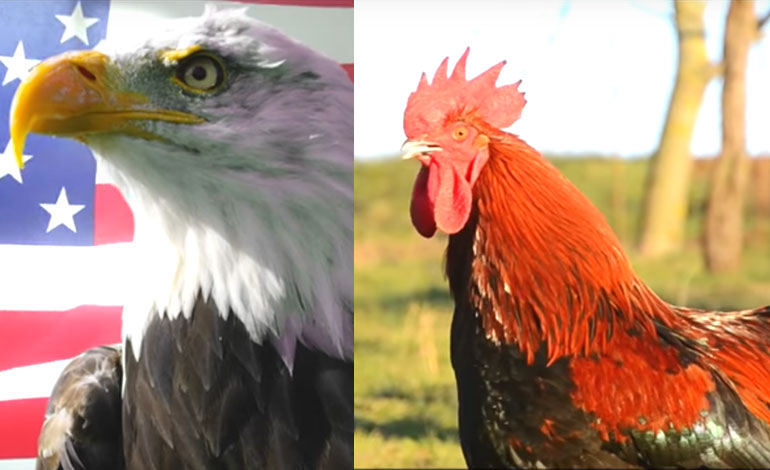 Since his election, Donald Trump has been the subject of many trolling memes and videos. How could we forget Sweden’s picture troll, for example? Or the Netherlands welcoming Trump in his own words? But the latest video to come from France could just pip these countries to the post for the most hilarious troll of Trump so far.

The video was posted on YouTube on 16 February by French TV channel C8. It echos similar videos created about other countries which feature the slogan ‘America First, [our country] Second’. Each is a spoof tourism video about the particular country narrated in Trump’s voice – voiced by artists Greg Shapiro and Shaun Streeter.

France’s version has already been watched by over 350,000 people. And while it’s not the first to have come out, it includes some hilarious quips and comparisons.

Holland said that they’re the second best country in the world. But we have our own Holland. Francois Hollande. End of story.

The video goes on to satirise Trump’s policies and controversial opinions. This includes his lack of support for LGBT rights, plans to deport people from certain countries, and his tendency to brand things as ‘fake’.

The ‘America First, [our country] Second’ spoof video series has proven very popular. Its Facebook page has gained over 54,000 likes in less than a month – having set up shop on 2 February. And with the rise of hateful ideologies like Trump’s, we can surely expect much more satire like this in months to come.

– Watch other spoof videos in the series.