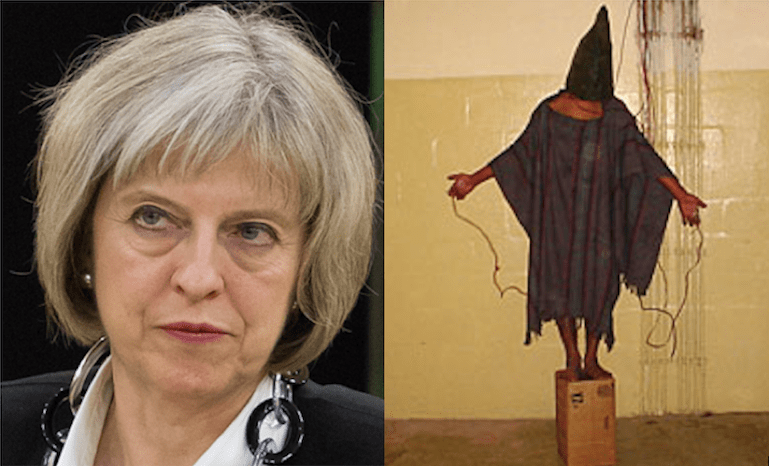 The UK government is trying to create a blackout around evidence that it carried out renditions (human transfers) that led to torture in Iraq and Afghanistan by US forces.

In a High Court case, government departments are arguing that a high-profile case involving Guantanamo Bay prisoners should be secret.

The plaintiffs, of Pakistani and Iraqi origin, say British special forces captured them in Iraq in 2004. They then detained them at Camp Nama in Baghdad. And they handed them to US troops, who kept them in the notorious Abu Ghraib prison. Finally, they transferred them to Bagram’s ‘Black Jail‘ in Afghanistan. At the facilities, one plaintiff describes being beaten, stripped, and locked in solitary confinement with rats and cockroaches, among other horrific practices detailed in court documents.

The government is trying to prevent the public from hearing the evidence by saying a judge should hear the case in secret. They are invoking ‘national security’ arguments under the Justice and Security Act 2013.

Torture is illegal in both UK and US jurisdictions. And the practice of rendition – the transfer of fugitives to other states – becomes illegal if transfer is to a state where torture is legal and likely. This is also known as ‘extraordinary rendition’.

A report in Middle East Eye explained that UK ministers only heard about the the transfer in 2009. And it is normal for the government to try and prevent public knowledge of such cases. They have denied wrongdoing, for example, by claiming the acts involved foreign states and actors, such as in the well-known case of Libyan prisoner, Abdel Hakim-Belhaj.

But in January 2017, the Supreme Court disagreed, saying the allegations were too serious to dismiss. And the plaintiffs and their lawyers say the case should be public, despite efforts to keep it secret.

Omran Belhadi, who represents plaintiffs in the case, told The Guardian:

For years, ministers made false statements about their involvement in torture and rendition until they were forced to admit the government’s complicity in this sordid affair

Now they are trying to use secret courts to keep the full truth buried. With a torture apologist now in the White House, it’s more important than ever that the government recognises the horrific mistakes of the Blair years and ensures… it never happens again. Instead, the official dissembling continues.

The government has previously paid millions in compensation to settle out of court claims from Iraqi victims. And ex-SAS soldier Ben Griffin, who spoke out about the tactics used in Baghdad, had a court injunction preventing him from speaking out against foreign policy in the future.

For decades, the courts have been able to decide on a document-by-document basis whether the public interest is best served by disclosure or concealment, through a ‘Public Interest Immunity’ test.

Due to ongoing legal proceedings, the government cannot comment. But with revelations of torture in places like Abu Ghraib and Bagram well-known, it’s time to be honest and bring closure to victims, and allow the UK public to learn about the role we may have played.

UPDATE: The first line of this article was corrected at 7:46pm on 9 March to clarify that rendition is not the same as extraordinary rendition.

– Sign Reprieve’s petition to tell Theresa May to make a stand against torture.