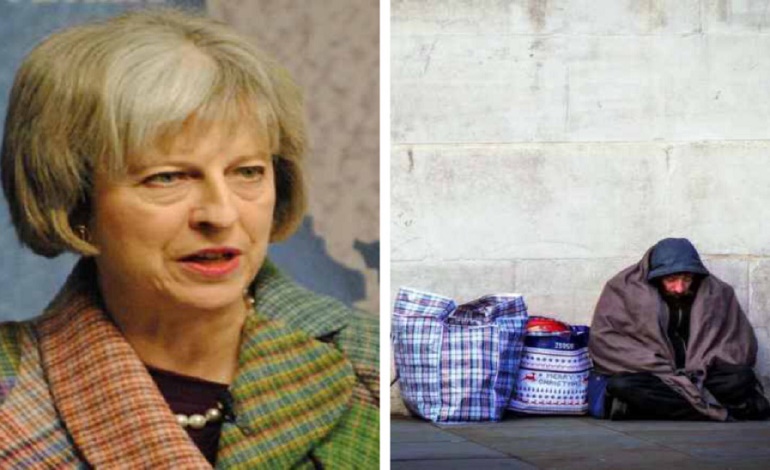 The investigation by Corporate Watch found that outreach teams from the charities St Mungo’s, Thames Reach, and Change, Grow, Live (CGL) have all been working with Immigration Compliance and Enforcement (ICE) officers on patrols that target rough sleepers in London.

Charity outreach teams should help rough sleepers to access support. Instead, by teaming up with the Home Office, they expose vulnerable people to detention and deportation.

Representatives from the three charities echoed each other in statements on 7 March. The Chief Executive of St Mungo’s, Howard Sinclair, explains that:

under current UK legislation, there are vulnerable people that are not eligible for support or housing and as a result are left destitute on the streets. When returning home is the only option for a vulnerable individual sleeping rough, we have to ask ourselves what would happen if we didn’t get involved.

when we believe that individuals are at risk from living on the streets, where people are in extreme destitution, we will work with the Home Office to plan a way for them to return home.

And a spokesperson from CGL said:

when there is no other option and the person has refused reconnection, they are unable to work and cannot be housed, there is little alternative to them going back to their home country.

“The intention of sleeping rough”

EU and European Economic Area nationals are the main targets. These groups make up nearly half of the rough sleepers in London. In November 2016, the Home Office said of these groups:

It’s not clear, however, why the Home Office thinks people choose to leave secure accommodation to sleep rough in London. The civil rights group Liberty also points out why deportation is far from a preferable option for many individuals. Director Martha Spurrier says:

Freedom of Information requests show that visits to just eight London boroughs resulted in the detention of 133 rough sleepers in 2016. In Westminster alone, authorities deported 127 people in under a year.

Outreach teams also routinely pass on the locations of non-UK rough sleepers to ICE officers. In fact, the GLA allegedly contracted St Mungo’s and Thames Reach under a “payment by numbers” scheme. The more rough sleepers they help to deport, the more money they earn.

And all the while, the homeless situation across England worsens. Claims that deportation is the only option – when there appear to be few options for any homeless person in the country – fall flat.