Mhairi Black is caught on camera mouthing 'you talk sh*te, hen' to a Tory minister [VIDEO] - The Canary 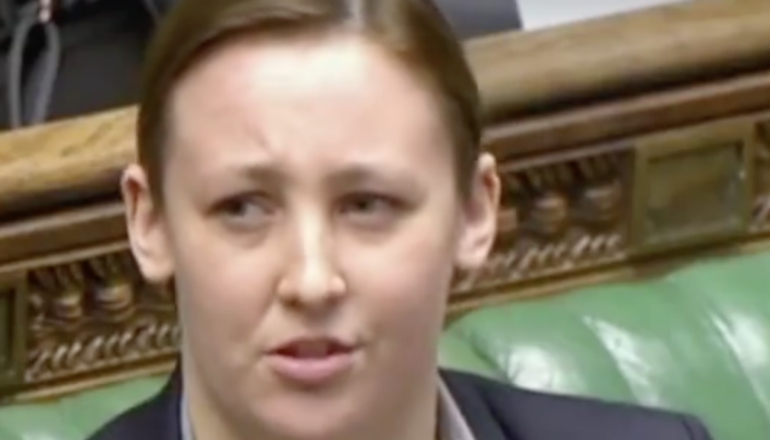 Mhairi Black, the UK’s youngest MP, has been caught on camera apparently mouthing the words we are all yearning to say to a Conservative minister. The incident took place during an Urgent Question debate on cuts to housing benefits for under-21s.

According to reports, she mouthed “you talk shite, hen” following Parliamentary Under Secretary of State for the Department for Work and Pensions Caroline Nokes’ response to her question.

As The Canary previously reported, the government is planning to cut housing benefit for under-21s from April 2017. Black described the cut as “ludicrous legislation”.

MPs were asking urgent questions about the legislation brought in without debate under a Statutory Instrument. This also means that MPs are unlikely to overturn the decision. The last time this happened in the House of Commons was 1979.

And Black nailed the question that everyone wants to ask the Conservative government:

Does the Minister agree that it is simply ridiculous that young people should suffer purely because the Government are obsessed with imposing austerity?

Black further raised the question of how the issue will affect Scotland. She pointed out that the SNP is opposed to the legislation but it will be imposed on Scotland regardless:

The SNP has consistently opposed the withdrawal of housing benefit for 18 to 21-year-olds, but under the current powers of the Scottish Parliament, the Scottish Government cannot reverse the cut or provide an exemption for Scotland.

Will the UK Government exempt Scottish young people from the impact of the regulations and allow the Scottish Government to provide the housing support on their behalf?

But Nokes failed to answer the part of the question regarding austerity. Nor did she comment on the number of young people affected by this legislation. Instead, she gave a vague and unhelpful answer regarding the Scottish question:

Watch the video and see what you think:

But whatever the truth of the matter, one thing is clear. It is what so many of us are saying when we listen to the ridiculous replies of government ministers. For all the jeering, cheers and noise that takes place daily in the House of Commons, this is the no-nonsense response that these answers deserve.