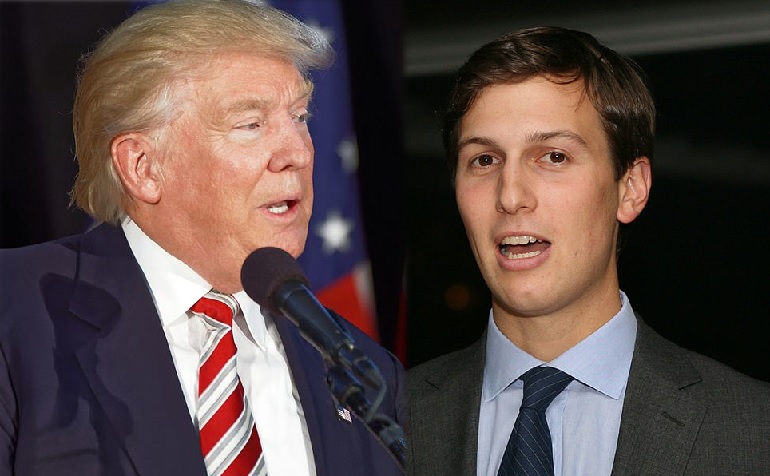 Many Americans were quick to celebrate Donald Trump’s recent failure to repeal Obamacare – one of his party’s biggest policy aims. But these celebrations didn’t last long, as Trump soon managed to divert attention elsewhere by giving his son-in-law a new job. And in the White House, no less.

For the time being, Donald Trump has failed to repeal the Affordable Care Act (i.e. Obamacare) and replace it with a Republican-inspired health insurance plan; a plan that threatened to affect millions of people, particularly elderly people and citizens on low incomes.

In the end, it turned out that Republicans couldn’t get enough support for their ‘Trumpcare’ plan. Even though they control both houses of Congress.

The US has long spent far more on healthcare than other wealthy nations. And Bernie Sanders was just one of the Americans who responded to Trumpcare’s failure by pushing for healthcare for all people as a right:

Remember: we are still the only major country to not guarantee health care to all its people. We've got work to do. pic.twitter.com/HcbZbcmImW

What is important is not just that we defeated this disastrous Trump-Ryan health care proposal. It is how we defeated them. pic.twitter.com/EWdjObLzbL

At the same time, many Americans celebrated Trump’s latest failure with humour:

When Paul Ryan told Trump they didn't have the votes for Trumpcare, I would have given anything to be a microwave on the wall.

Hey Republicans, don't worry, that burn is covered under the Affordable Care Act

There was also this wonderful New York Times headline:

And to add salt to the wound, some pro-Trumpcare adverts even aired after the failure of the bill.

President Trump, meanwhile, now appears to be hoping that Obamacare will just “explode” on its own.

If the White House thought too many people were focusing on the Trumpcare fail, it would soon manage to divert attention elsewhere. On 26 March, The Washington Post reported that Trump:

plans to unveil a new White House office on Monday with sweeping authority to overhaul the federal bureaucracy and fulfill key campaign promises… by harvesting ideas from the business world and, potentially, privatizing some government functions.

The head of this so-called ‘White House Office of American Innovation’ would be Jared Kushner. The President’s son-in-law. And a millionaire whose main work experience before the Trump presidency was running his father’s real-estate firm; his father having spent time in prison after pleading guilty to “submitting false campaign finance reports and tax returns”.

Tenants in Jared Kushner’s buildings have called him a “despicable” man who “couldn’t care less about anything but his money and his family”.

And it’s safe to say that many Americans were also thoroughly unimpressed:

Jared Kushner named head of Innovation Office? Trump might as well establish Dept. of Nepotism&Cronyism. His administration is preposterous.

Why should Jared Kushner and his wife have any influence in our American government? Our country is not a Trump enterprise.

Worrying stuff, indeed. But at least Trump managed to get people to stop talking so much about his Trumpcare fail.