The Daily Mail has created a furore with its latest front page. The Tuesday 28 March edition of the right-wing tabloid caused controversy, with what many people referred to as ‘Everyday Sexism’. But it also detracted from the paper’s main article. Which was a story about ‘saving’ the NHS. 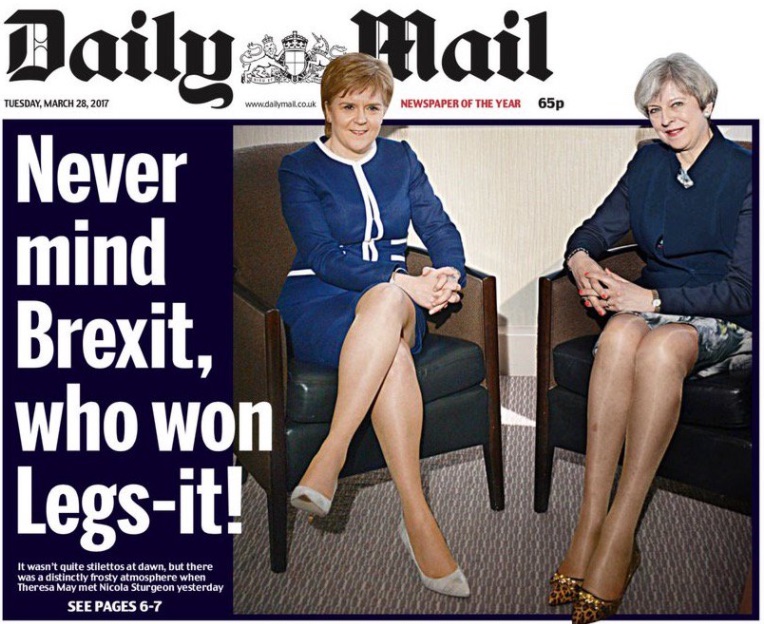 Everyday Sexism is a project started by Laura Bates. It allows people to document incidents of sexism on an interactive website. The project’s name has become a by-word for casual but derogatory attitudes towards women that may seem innocuous to many; but that underscore the heavily patriarchal society we still live in. And many felt The Daily Mail’s front page was one such example:

Some chose to offer an alternative vision of the paper’s front page:

While others just called it out for what it was. So last century:

But the paper’s main story about the NHS was also peak Daily Mail.

Chief Executive Simon Stevens said in a Daily Mail ‘exclusive’ that he will introduce £1bn of cost-cutting measures for the NHS. These include:

The Mail said the plan was Stevens’ attempt to “save” an NHS that “struggles to keep pace with the pressures of both a growing and ageing population”.

But it chose to ignore most of the key issues surrounding NHS funding. Like the fact that the previous Coalition government only increased NHS spending by 1.1%. Which meant it only received an extra £4.5bn in real terms funding, while demand continued to increase well above this. Or that social care budgets have had a real terms cut of 31% (£4.6bn), which leads to the “bed blocking” The Mail refers to.

The paper manages to frame the “crisis” as somehow the public’s fault for getting ill, and a product of low productivity among NHS staff and ‘health tourism’. Not the Conservatives’ mismanagement of the health service, which many view as ‘privatisation-by-stealth’.

As one social media account noted, The Daily Mail appears to be going back to 1968 with its front page. But sadly, while this may be true for its out-and-out sexist attitude, it is not for the NHS. Which is in a more and more desperate situation every day.

– Read more from The Canary on The Daily Mail.