Nicola Sturgeon steps over the May-Trump alliance, leading the way in one key battleground - The Canary 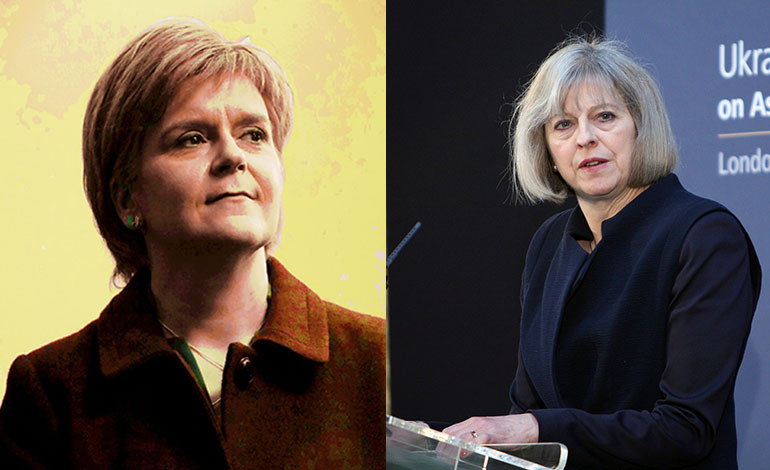 Scottish First Minister Nicola Sturgeon is due to sign a joint agreement with the current Governor of California. The agreement will see the leaders join forces to tackle climate change. And the unity of these two insurgent ‘states’ will send a strong message to both Donald Trump and Theresa May.

Sturgeon is on a five-day trip to California and New York. While there, she will speak at several events, including a UN event on supporting women in conflict. She will also meet Californian Governor Jerry Brown, with whom she reportedly plans to forge a progressive agreement on tackling climate change.

Speaking of the agreement, a Scottish government source said:

The First Minister is expected to sign a joint agreement with the Governor of California that Scotland and California will work together on climate change. It would be an agreement to share technology, best practice, and to keep the issue of Climate Change at the front of the political agenda.

This would be a symbolic stand. Not only against Trump’s anti-environment policies, but also against May’s.

In 2015, the BBC reported that Scotland had failed to meet its climate change target for the fourth year in a row. Although it had achieved a 34.3% reduction in emissions since 1990, the 2009 Climate Change (Scotland) Act requires a minimum 42% cut in emissions by 2020 and 80% by 2050. The Committee on Climate Change, meanwhile, is urging the Scottish government to do more when it introduces new legislation later in the year.

But the SNP administration has already outlined a new target of reducing greenhouse gas emissions by 66% by 2032. And the efforts to increase cooperation with California suggest that climate change is high on Sturgeon’s agenda.

California is also seeking to ramp up efforts to deal with climate change. On 28 March, for instance, Governor Brown and New York Governor Andrew Cuomo said:

With or without Washington, we will work with our partners throughout the world to aggressively fight climate change and protect our future.

With Trump pursuing a coal-heavy policy, California and New York have both pledged to reduce greenhouse gas levels. They hope to cut emissions by 80% by 2050, and generate half of each state’s electricity from renewable energy sources by 2030.

Both California and Scotland are up against very anti-environment governments. One of Theresa May’s first moves as Prime Minister, for example, was to shut down the Department of Energy and Climate Change. Donald Trump, meanwhile, said in January that he would withdraw from the Paris Agreement.

But as May and Trump unite around a regressive agenda, Nicola Sturgeon is clearly seeking to show which side of the debate she’s on. And her new alliance with the progressive and respected Governor of California is only likely to favour her government as it comes closer and closer to a new independence referendum.