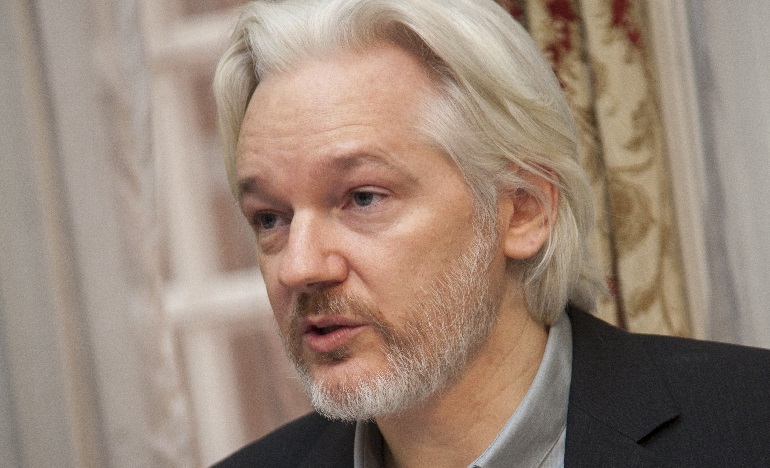 As the results of the 2 April elections in Ecuador finally came in, WikiLeaks founder Julian Assange breathed a sigh of relief. And it echoed across the internet.

The Canary previously reported on how Ecuador’s presidential elections would be a battleground for US interests. And one key reason for this was Julian Assange’s continued stay at London’s Ecuadorian Embassy.

In the run-off vote on 2 April, centre-left candidate Lenin Moreno appeared to beat former banker Guillermo Lasso, who had promised to revoke Assange’s asylum. With 96% of the votes counted and the country’s National Electoral Council (CNE) insisting that the trend was irreversible, Moreno declared himself the winner. He became South America’s first physically disabled president.

Referring back to Lasso’s insistence that he would ask Assange to leave London’s Ecuadorian Embassy within 30 days of taking power, the WikiLeaks founder tweeted a tongue-in-cheek sigh of relief:

He later confirmed this was a joke.

Lasso, meanwhile, said his political alliance would challenge the results. And he called on supporters to take to the streets in protest. There have already been some accounts of violent demonstrations.

Assange’s tweet referred to allegations from March that Lasso is connected to 49 companies in offshore tax havens. And indeed, as University of Missouri-Kansas City associate professor William K. Black wrote on 2 April, the election saw “Ecuador’s Tax Evading Oligarchs Try to Reconquer the Nation”. Black described Lasso, for example, as:

a wealthy banker who runs a bank in Panama that is a leader in aiding Ecuador’s oligarchs to evade taxation through offshore tax havens. Lasso’s platform is the standard right-wing recipe that caused Ecuador’s recurrent economic, social, and political crises. Lasso proposes tax cuts for the wealthy, large cuts to education, health, and infrastructure, and financial deregulation… He is under investigation by Ecuador’s equivalent of the IRS for aiding tax evasion.

Given that Ecuadorians voted in February to bar all politicians and civil servants from having assets in tax havens, it’s perhaps unsurprising that Lasso didn’t manage to win the presidential election.

Readers and viewers of many Western media outlets will have almost felt the joy oozing from both liberal and conservative journalists in recent years, as Latin America’s so-called ‘pink tide‘ of independent centre-left governments has suffered a number of losses (thanks in part to US-backed destabilisation efforts).

But not everyone has been harking back to the days before these governments took power. Before Ecuador’s elections, for example, over 50 economists from around the world warned against the possible return of neoliberalism under Lasso, writing that:

Ecuador deserves leaders who will implement policies that benefit all Ecuadorians ― whoever they may be. It would be tragic for Ecuador’s next government to return to a less prosperous, less inclusive past.

And it’s not only Assange who has called Ecuador a “remarkable counter-neoliberal success story”. The Nation has also described Ecuador’s current government as a “left-wing success story”.

Lenin Moreno’s party – which runs the country’s centre-left government, isn’t just famous for giving Assange asylum in 2012. It has also significantly reduced poverty and inequality in the last ten years. And despite continued US interference, it has successfully seen off at least one coup attempt against it.

Now, Ecuador has bucked the trend of centre-left governments succumbing to a resurgent (and US-backed) neoliberal right in South America. And for the time being, that has left Julian Assange – and many Ecuadorians – breathing a big sigh of relief.

– Read more on Latin America and Ecuador at The Canary Global.