The Sun tries to stick it to Spain, but falls flat on its jacksie [TWEETS] - Canary 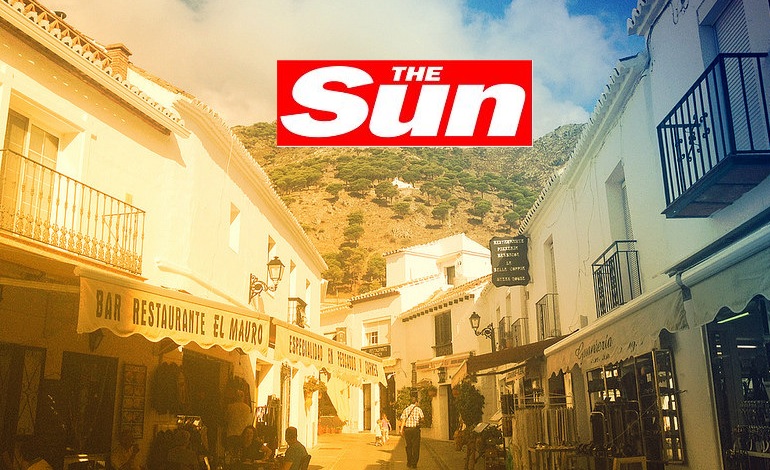 The Sun has tried to get in on the ludicrous battle with Spain over Gibraltar. But it made a hilarious mistake. And The Sun wasn’t the only UK media outlet to fail itself, and the public, today. Or over the last couple of days, as it happens.

Here’s a brief round-up of how it all played out.

Do one, Spain! After we’ve had our hols…

Due to Brexit, there’s been lots of talk about a potential rift with Spain over the status of Gibraltar. And by ‘talk’, we mean the UK’s political and media class threatening to set the Royal Navy on Spain unless it does what it’s told.

Greeted in Strasbourg with a "oh, you not brought your navy along?" Tories out of control & make Brits look ridiculous. We deserve better.

Now, The Sun has also jumped into the fray with a revamp of its infamous 1990 headline Up Yours Delors. But it thwarted its own bolshy front page with an inappropriately placed advertisement. And it made itself a laughing stock:

The Sun say "up yours" to Spain and give away tokens for holidays there on the same page.
You even get a free poster for sheer stupidity. pic.twitter.com/4Enhkndmf6

Yeah Spain, up yours. But you’d still better welcome Brits into your country for a sunbathe or two. Because selling holiday tokens is one of the few ways we can still get people to buy our paper. Regards, The Sun.

Jeremy Corbyn is doomed, says who?

Local elections will take place in England, Scotland and Wales on 4 May. And, as PoliticsHome‘s headline suggests, some are predicting that the Labour Party will lose a significant number of seats in those elections. But there’s a detail that PoliticsHome quickly glossed over. “Polling expert Robert Hayward” made these particular predictions. And he’s a Tory peer [paywall].

It suits Hayward, of course, to forecast that Labour is going to lose heavily, and that the Tories are going to win big. And it’s, in fact, similar to the sort of predictions that circulated in the run-up to the 2016 local elections. But Labour didn’t suffer dramatic losses in 2016. The Conservative Party lost four times as many seats as Labour did.

So the public should treat these predictions with caution. Especially when they come from a Tory peer.

These stories, meanwhile, follow The Telegraph’s astonishing attempt to rally round Theresa May on 2 April. The Prime Minister is currently visiting Saudi Arabia, an autocratic regime that is carrying out a brutal assault on Yemen. According to the UN, around 10,000 people have died in the Yemeni conflict, which is bringing the country to the brink of famine. But May is seeking stronger ties with the Saudi regime, particularly in terms of trade.

Yet The Telegraph decided to convey that uncomfortable news with this headline:

This is how the Telegraph reports UK’s alliance with #Saudi mass murder. Literally, no different to Pravda pic.twitter.com/of7rHdYIWh

It feels like the UK’s media is in meltdown. But that presumes it was fine to begin with. The truth is that it never has been. And these failures illustrate that perfectly.