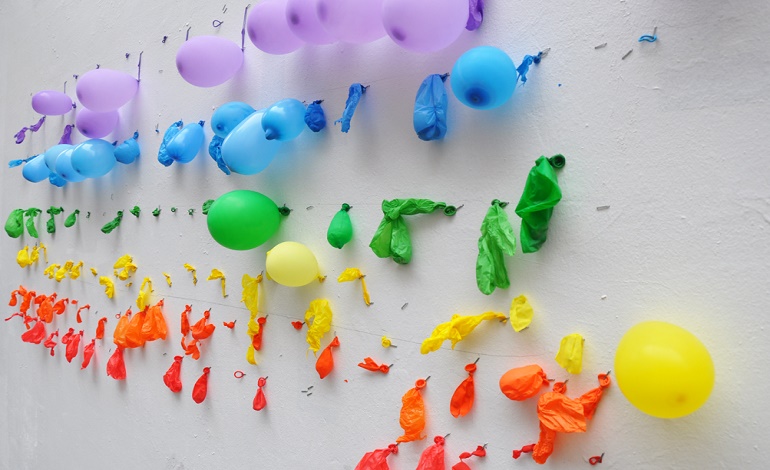 According to a spokesperson for Chechnya’s leader, LGBTQ+ people “don’t exist” in the Russian republic. His comment followed alleged human rights violations by the government, including murder, of 100 gay men. But the reason for this attitude can, in part, be traced back to Wahhabism, the ideology exported from Saudi Arabia. The country that Prime Minister Theresa May is currently visiting in the hope of securing special deals for a post-Brexit Britain.

As The Independent reported, Chechen authorities have allegedly rounded up, tortured, and even murdered more than 100 suspected gay men. It said that:

Newspaper Novaya Gazeta found that dozens of men aged between 16 and 50 had mysteriously disappeared off the streets and three people were killed in the round up. Among the men were well known faces on local television and religious leaders. ‘In Chechnya, the command was given for a ‘prophylactic sweep’ and it went as far as real murders’ Novaya Gazeta reported, adding that authorities posed as men looking for dates online.

A spokesman for Chechnya’s leader Ramzan Kadyrov said the report was “absolute lies and disinformation”:

You cannot detain and persecute people who simply do not exist in the republic… If there were such people in Chechnya, the law-enforcement organs wouldn’t need to have anything to do with them because their relatives would send them somewhere from which there is no returning.

And while these views are shocking, they are not uncommon in neighbouring Russia. Gay rights watchdog Ilga-Europe rated Russia as the hardest European country for gay people to live in. But the real source for the views of the Chechen authorities could come from a UK ally: Saudi Arabia.

Ever since Chechnya broke away from the USSR in 1917, it has been a flashpoint for conflict between Russia and the Middle East. Most notably in the second Chechen war of 1999-2005, where Saudi Arabia was one of Chechnya’s “most important source of external support, both financial and moral”.

Chechnya has also been long associated with Saudi-linked terrorism, such as al-Qaeda. In 2003, for example, the US State Department declared that three Chechen groups were terrorists. It alleged that they had received millions of dollars from al-Qaeda.

The majority of the population in Chechnya are Sunni Muslim. But Wahhabism was introduced to the country in the 1950s. And its hardline influence can be seen in some of Kadyrov’s policies, even though he is viewed as a Kremlin-backed leader and his father Akhmad was Chechnya’s top cleric (whose influence was the more egalitarian and tolerant branch of Islam, Sufism). As Al Jazeera reported:

In recent years, Kadyrov spoke in favour of honour killings and polygamy, virtually banned the sale of alcohol in Chechnya, and enforced a compulsory Muslim dress code on Chechen women. Those who ignored the policy were publicly shamed, abused, and shot at with paintball guns.

This may be, at least in part, an attempt by Kadyrov to combat the influence of Wahhabism by embracing more fundamental interpretations of Islam.

But Chechnya is attempting to move away from its hardline image. In August 2016, Kadyrov organised a summit of Muslim clerics and leaders to debate “who constitutes a Sunni”. The goal being to make “a radical change in order to re-establish the true meaning of Sunnism”. The meeting concluded by effectively excommunicating Wahhabism from the Sunni fold, leaving Saudi Arabia and Qatar (the two countries where Wahhabism rules) in isolation. Kadyrov, however, soon apologised to the Saudi royal family for this ruling.

Sadly, judging by this latest alleged atrocity, Wahhabism’s influence will be hard to break in Chechnya. Tatyana Lokshina of the Human Rights Watch in Moscow said of the mass abuses:

It’s a vicious attack against LGBT people. It’s happened for several weeks under order of leadership… They beat them up viciously, they torture them, they humiliate them, and there are reports that three people have been killed.

LGBTQ+ rights in Chechnya have a long way to go. And even though it seems Wahhabism is slowly being rejected, it is hard to see how the situation will improve any time soon. Especially when the Chechen leadership still has such close ties to the current Russian government. Either way, Chechnya is another case of just how far-reaching Saudi Arabia’s influence can be.

– Read more from The Canary Global on Saudi Arabia and Wahhabism.