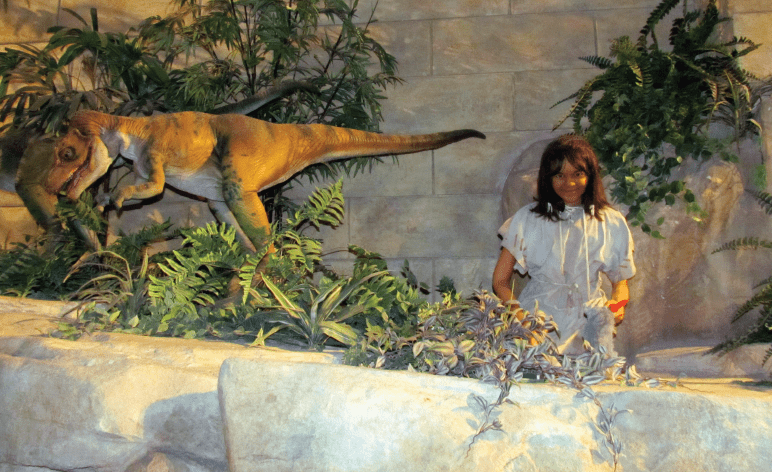 Ken Ham, the founder of Answers in Genesis (a ‘Creation Museum’), has renounced his Doctor Who fandom following the announcement of a lesbian companion:

Well it seems I will not longer be a Whovian! Sad, but not surprising from the world: https://t.co/QpWI8Ita7K

If you’re unfamiliar with it, the Creation Museum is a place that explains how God created the world 6,000 years ago. Doctor Who, meanwhile, is a programme about an immortal spaceman who travels through time solving quandaries with his screwdriver. And lesbians, of course, are human beings who are demonstrably real.

It also promises that (emphasis added):

As you enter the Time Tunnel, you’ll be transported back 6,000 years to the dawn of time as you begin your walk through biblical history. You’ll encounter a realistic Garden of Eden, animatronic Noah, Flood dioramas, and stunning video displays

Here’s a video from the museum that shows how humans and dinosaurs once lived side-by-side:

Although the museum itself actually cost less, the ‘Ark Encounter’ exhibit cost more than $102m.

The new Doctor Who companion is called Bill Potts. People have described her as the first ‘openly gay’ companion. Although the Doctor has actually adventured with several openly LGBTQ+ characters in his time.

It shouldn’t be a big deal in the 21st century. It’s about time, isn’t it?

That representation is important, especially on a mainstream show. It’s important to say people are gay, people are black – there are also aliens in the world, so watch out for them.

I remember watching TV as a young, mixed-race girl, not seeing many people who looked like me, so I think being able to visually recognise yourself on screen is important.

It’s important to remember how far things have come though. Because we’re at a point where the introduction of an LGBTQ+ character is no big deal to most people. And the people who think otherwise find themselves in the company of those who wouldn’t look twice at a velociraptor in a nativity scene.

– If you appreciate the work we do, please support us.