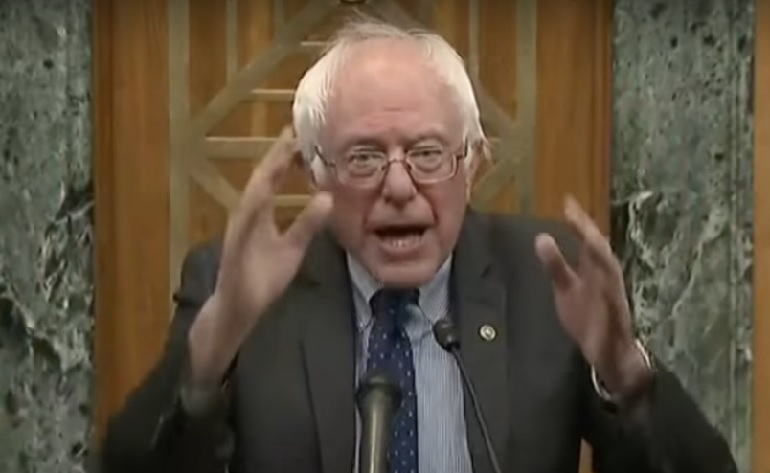 In recent months, US Senator Bernie Sanders has quickly become one of the most vocal voices of opposition to Donald Trump’s presidency. For him, the best way to fight back against Trump’s “dumb proposals” is by uniting to push forward a progressive agenda. On this occasion, that means proposing free university education in congress. And Twitter has been one of the main tools for mobilising support for this bill.

On 3 April, Sanders introduced the ‘College For All’ bill along with Senator Elizabeth Warren and several members of congress. Its aim, as The Nation describes, is to “eliminate college tuition and fees at public four-year colleges and universities for students from families that make up to $125,000 per year”. And in order to move the bill forward in spite of the Republican-controlled congress and Trump presidency, Sanders has pushed for mass organisation, saying:

Our job now is to go out in every state in this country…. We can win this fight when millions of Americans stand up and demand this legislation.

Real change will not be led from Washington, DC. It will be led at the grassroots level in 50 states.

We need organized events at every college campus across the country

One of the main tools for mobilising support for the bill so far has been the modern ideological battleground of Twitter. And Team Sanders has been fully aware of that, aiming to get their message out as clearly as possible.

Here is what the #CollegeForAll Act does and how it works. Share if you want to see this legislation passed. pic.twitter.com/2LcHPUXS27

How do we pay for #CollegeForAll? A reasonable tax on Wall Street speculation. This is an idea supported by hundreds of economists. pic.twitter.com/7odAGiBiMN

Below are just three key arguments that Sanders, Jayapal, and others have sought to hammer home on Twitter:

1) The government bailed out the banks, claiming it would help to avoid further crises. But investing in education is the real way to avoid such crises.

We can't bail out Wall Street while leaving hard-working students drowning in debt. It's unfair – and it hurts our economy. #CollegeForAll https://t.co/Q4jJt9YF0u

A student who studies hard gets hit with insurmountable debt, yet bankers who crashed our economy got a bailout. How does that make sense?

We need to educate all our people in order to address the crises facing us. The way to do that is making higher education affordable to all.

2) Student debt has risen rapidly. And education has become more and more exclusive in the process.

Student debt has grown about 500% since 1999. Five hundred percent.

Incomes for anyone but the richest have not kept pace. #CollegeForAll pic.twitter.com/ZUedxiMEwe

All over this country I've talked to young people who have given up the dream of going to college because it’s too expensive. Unacceptable! pic.twitter.com/HmGZGUqF6H

3) Fees make the US less competitive. But educating the workforce should be priority number one in an increasingly global economic environment.

In Germany, college tuition is free. In America, it's increasingly unaffordable. Which country do you think has a competitive advantage? pic.twitter.com/533zvbOp1X

In a global economy we need the best educated workforce in the world, not the one where people cannot afford a higher education.

You and millions of other young people have enormous power… And our job is not just to resist all of Trump’s dumb proposals, including massive cuts in education. Our job is to bring forward a progressive agenda which represents the young people, and the old people, and working people, and poor people all over this country. Because when we stand together – and not let Trump and his friends divide us up, frankly there is nothing we cannot accomplish.

An inspiring call for action as the best form of resistance. And if campuses and citizens across the US really do come together and demand change, the College For All bill just might become reality.

See Sanders and Elizabeth Warren speak about their bill in the video below: