Trump puts the US on war footing, threatening a level of conflict unseen since the 1950s - Canary 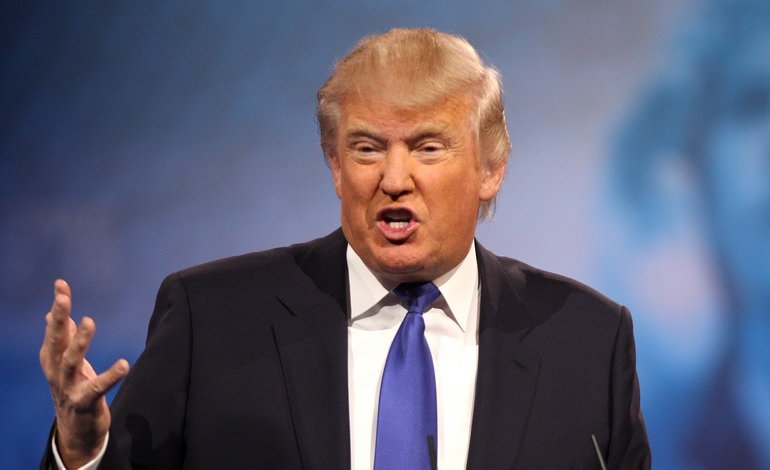 Donald Trump appears to be putting the US on war footing. And his words could lead to a level of conflict on the Korean peninsula unseen since the 1950s.

Well, if China is not going to solve North Korea, we will.

The US President was essentially saying he was prepared to deal with North Korea unilaterally. And that he would be happy to bypass China in the process. Exactly how he would do this remains unclear.

Jim Walsh from the Massachusetts Institute of Technology responded to Trump’s comment by stressing:

There is no solving this problem ‘alone’… It would be unwise for the US to act unilaterally, without the support of its ally South Korea. And frankly, there is no resolving this peacefully without China… threatening China to win their cooperation strikes me as a contradiction in terms.

Vivian Zhan from the Chinese University of Hong Kong, meanwhile, asserted that:

The US can’t really handle North Korea by itself. China has to be involved.

National security aides in the Trump Administration announced on 2 April that they had completed a review of options for countering North Korea’s nuclear and missile programmes. They reportedly suggested new sanctions and more pressure on North Korea’s Chinese allies. But Trump’s apparent threat wasn’t exactly the type of diplomacy that would help to secure cooperation from China.

As The Canary previously reported, the US under Donald Trump has simply adjusted the direction of its foreign policy gun; away from Russia and towards states like Iran, North Korea, and China. There are currently more than 400 US military bases surrounding China. And behind the scenes, there is a battle going on between the US and China for oil, gas, and other raw materials in Africa and the Middle East. Military exercises from the US, Australia and Japan, meanwhile, are largely responsible for China building airstrips on disputed islands in the South China Sea.

All of this was already going on, but the Trump Administration is simply ramping up tensions. And it has been consistently adversarial towards China.

Beijing, meanwhile, continues to have good relations with North Korea, a country whose monarchical political model formed in the wake of the devastating Korean War (1950-1953). A war in which the US committed war crimes.

As former Harvard University professor Ash Carter said regarding another possible US war in North Korea:

And with all of the conflicts already raging in the world today, a return to the 1950s – with full-blown war on the Korean peninsula – is the last thing we need right now.