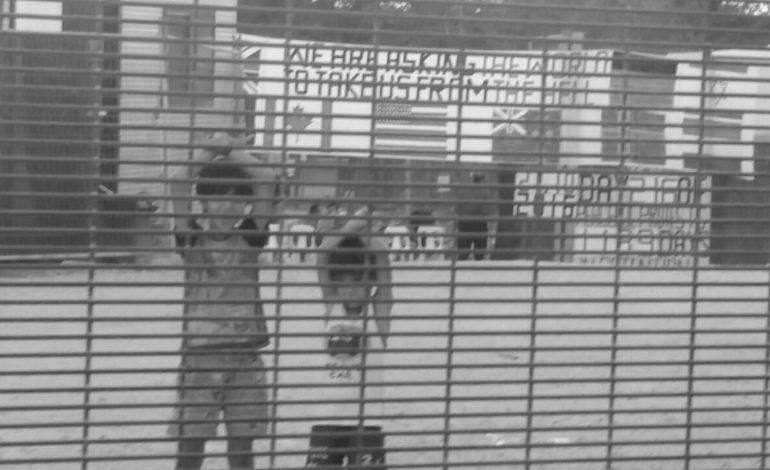 A multinational corporation has raked in millions of dollars via a contract with the Australian government for the management of its offshore refugee detention facilities. But a damning report by Amnesty International makes it clear that the contract, which expires in October, is a “toxic baton”. And there could even be arrests of that multinational’s CEO.

The multinational in question is Ferrovial, whose HQ is in Spain. It also owns Broadspectrum, an Australian company that manages the offshore refugee centres on Nauru and Manus Island for the Australian government. Broadspectrum in turn contracts out security arrangements for the centres to Wilson Security. Wilson and Broadspectrum have been the subject of an Australian senate inquiry, regarding allegations of abuse under their watch. There are also damning reports on the offshore detention programme from Human Rights Watch and the UN Rapporteur on Torture.

On the launch of the Amnesty report, Amnesty researcher Lucy Graham said:

The Australian government has created an island of despair for refugees and people seeking asylum on Nauru. But an island of profit for companies making millions of dollars from a system. A system so deliberately and inherently cruel and abusive it amounts to torture… By knowingly enabling the continuation of this system, which is specifically designed to cause suffering and deter people from travelling to Australia by boat to seek asylum, Broadspectrum and Ferrovial are unequivocally complicit in this abuse.

Amnesty is now warning companies not to take up the Ferrovial contract when it ends:

Any company considering taking up this toxic baton will be complicit in an intentionally abusive system, in direct contravention of its human rights responsibilities. And will be exposing itself to potential criminal liability and damages claims.

And if that wasn’t clear enough, Graham added:

No company should be operating on Nauru or Manus, where the current situation is so noxious that it would be impossible for any firm to do so without contributing to serious human rights violations.

In purely business terms, these detention centres are the ‘end product’ in a supply chain. That supply chain begins with the Australian Navy and Customs hijacking boats on the open seas. Then comes the kidnapping of passengers. And then comes their imprisonment and maltreatment on offshore gulags.

Ferrovial considers Amnesty’s comments gratuitous and suggests it is “being held responsible for a range of matters well outside its scope”. But in the 2016 financial year, Broadspectrum earned over A$1.6bn for its management of the Nauru and Manus Island facilities. And since acquiring Broadspectrum, Ferrovial has made €1.4bn in revenues from the company.

The Canary has previously highlighted how any Australian minister responsible for the abuses at the detention centres could risk arrest under the principle of universal jurisdiction; by which they could face arrest when travelling to other countries. This could also apply to the directors of Wilson Security, Broadspectrum and Ferrovial.

For now, however, the toxic supply chain continues.

– See just three examples of the shocking incidents of refugee abuse, listed in the ‘Nauru Files’ here, here and here.