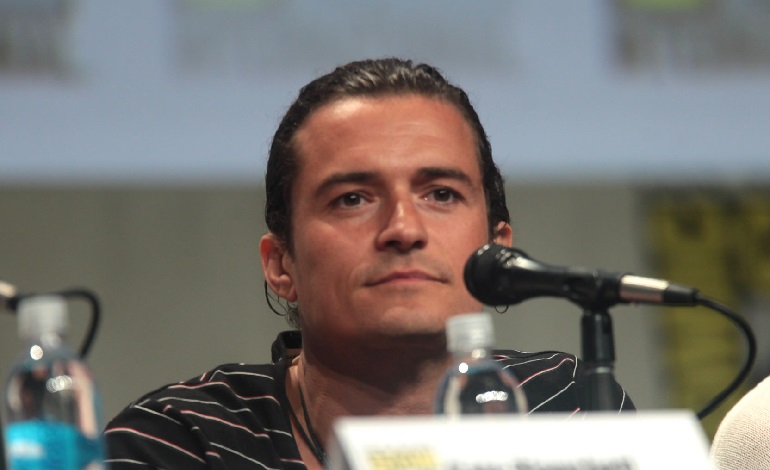 UK actor Orlando Bloom recently visited displaced victims of Nigerian terror group Boko Haram. In doing so, he shone some light on the victims of a struggle too often forgotten in the West.

One short video from Mic recently captured the encounter:

Boko Haram spreads out from Nigeria

Bloom was in Diffa, Niger, visiting in his capacity as a goodwill ambassador for UNICEF, and raising awareness of the crisis in the Lake Chad Basin. Nigerian-based terrorist group Boko Haram has displaced hundreds of thousands of people since the conflict began in 2009, 50% of whom are children. These children have no access to education, and suffer from severe malnutrition. And as Nigerian forces have pushed Boko Haram back, the group has carried out more and more attacks in neighbouring countries – like Niger, Cameroon and Chad.

The 2016 Global Terrorism Index reports that the five countries suffering the highest impact from terrorism are Iraq, Afghanistan, Nigeria, Pakistan, and Syria. These accounted for 72% of all terrorism-related deaths in 2015. And only four groups were responsible for 74% of all these deaths. They were Daesh (Isis/Isil), Boko Haram, the Taliban, and al-Qaeda.

In the video, Bloom talks about one of the children displaced by Boko Haram:

Amadou is about 13 and is having sleepless nights. He was talking about his nightmares and how he was imagining being beaten by the Boko Haram.

Boko Haram gained infamy in 2014 when it kidnapped at least 276 schoolgirls from the Nigerian town of Chibok. In fact, it gained a particular reputation for its “war on women”.

Its reign of terror still continues today. And it has caused a humanitarian crisis since its massacre in the Nigerian town of Baga. There, it killed 2,000 residents. The town of 300,000 is now empty. Residents fled and are currently dependent on humanitarian aid.

The UN has urged the international community to act, but not just militarily or in terms of emergency relief. It has called on Nigeria to address social, economic and political concerns facing those hounded by poverty and social inequality. Because the underlying causes of the conflict, as is almost always the case, stem from man-made problems such as corruption, underdevelopment and climate change.

The root of the issue

Boko Haram started in 2002, and quickly became known as ‘Nigeria’s Taliban‘. It opposes Western influence in the region, and has carried out suicide bombings and gun attacks against both Christians and Muslims. Among its first followers were impoverished and unemployed youth in Maiduguri, northern Nigeria.

Nigeria is Africa’s largest and most populous country, with plenty of resources. But bad governance and poor infrastructure there laid the groundwork for the current conflict. In particular, the largely Muslim north has long trailed behind its Christian southern counterpart, feeding inter-religious tensions. The north’s neglect goes back to Nigeria’s colonial past, when British rulers favoured development in the south over the north. And the persisting poverty in the north since independence has created a fertile recruiting ground for extremist groups like Boko Haram to attract disenfranchised young men.

That’s why the fight against Boko Haram cannot rely on military action alone. Radicalisation appears within a cycle of marginalisation and dissatisfaction. And to break this cycle, people need hope, and a legitimate way out. That’s the only way to save children, like those Bloom met recently, from the suffering they are currently enduring.

See more from Bloom’s journey below:

– Find out more about the work of UNICEF.