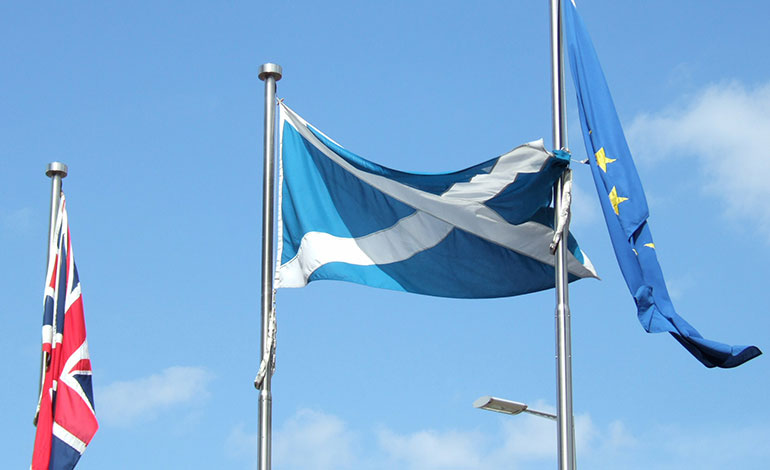 Scottish people could soon be crowdfunding their own bid for Scottish independence. That’s according to a professor of public law at Oxford University.

As the British government started the Brexit process, First Minister Nicola Sturgeon and the Scottish National Party (SNP) launched a campaign for Scottish independence. On 31 March, Sturgeon wrote a formal letter to Prime Minister Theresa May asking for another referendum. She said [paywall]:

The U.K. government has decided to remove Scotland not just from the European Union but from the single market as well, and that’s clearly against the will of the majority of people who live here.

But May hasn’t taken well to Sturgeon’s new demands. Speaking about the SNP earlier in March, she stated:

Instead of playing politics with the future of our country, the Scottish government should focus on delivering good government and public services for the people of Scotland. Politics is not a game.

May has said that another referendum should be delayed until after Brexit. But Sturgeon, currently on a tour of the US, pledged to fight May’s decision. Speaking at California’s Stanford University, Sturgeon said that May’s government [paywall] “must recognise that the people of Scotland have the right to make [the] choice” on independence. She also implied she could take May to court [paywall] over the issue, claiming that Westminster’s power over constitutional issues was ‘untested’:

One of the things reserved to the UK government is the constitution. It is quite a vague term. It’s never been tested in court but in 2014 we accepted that for there to be a referendum in Scotland it required the legal consent of the UK government.

The First Minister is right to say that is not necessarily clear cut, there has not been a legal case on this. So it is possible that if things progress there may be a legal case raised which would have to resolve this issue.

Sturgeon has since backed down on the suggestion she could take May to court, claiming the matter should be settled politically. But Young also raised a really important point about constitutional law. A point that could put power into the hands of the people.

Adding to her statement, she said that legal action was not just limited [paywall] to Scottish ministers. But that there was also the potential for a case to be crowdfunded by individuals.

Taking on the government

There have been cases where members of the public have taken on the government in the courts. Including Gina Miller’s high profile case, in the Supreme Court, over the Brexit negotiations. And this news may encourage local groups that want Scottish Independence to begin their own bids.

In 2014, the group Yes Scotland, run by journalist Blair Jenkins, ran its own crowdfunding campaign, raising over £16,000. But it appears that such groups may have to raise much more if they are to take on May’s government. Because, as Tom Hickman of the UK Constitutional Law Association states, “the majority of the population cannot bring a judicial review claim”. And this is largely down to the cost.

If the government is willing to spend £500m on new passports, you can only imagine what it would chuck at a public court case.

– Read more from The Canary on Scottish Independence.