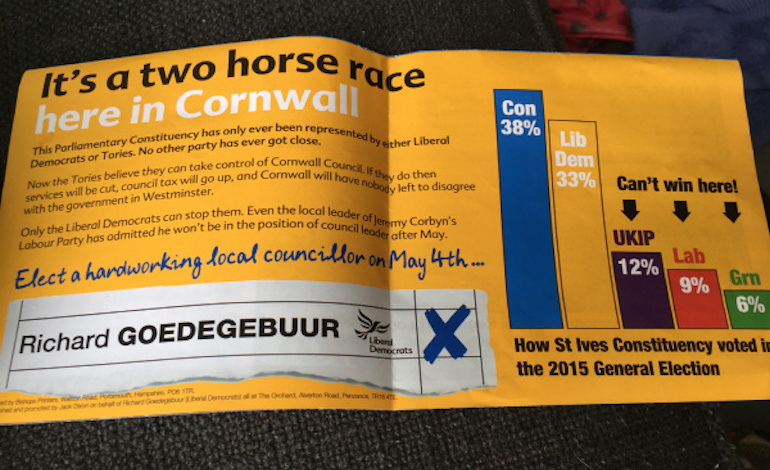 The Liberal Democrats have been accused of sending out “irrelevant” information to try and get people to vote for them in the council elections. A leaflet sent out to households in the Penzance East ward for the Cornwall Council elections describes it as a “two horse race” between the Lib Dems and the Conservatives. But there’s a problem. The current councillor for the area is Labour.

The Parliamentary Constituency has only ever been represented by either Liberal Democrats or Tories. No other party has ever got close.

And it has a bar chart of how the constituency voted during the 2015 General Election. It states that UKIP, Labour and the Greens “can’t win here”.

This is the leaflet:

But Labour councillor for the area Tim Dwelly called the figures “irrelevant”. And he sent The Canary the results of the council election in 2013: 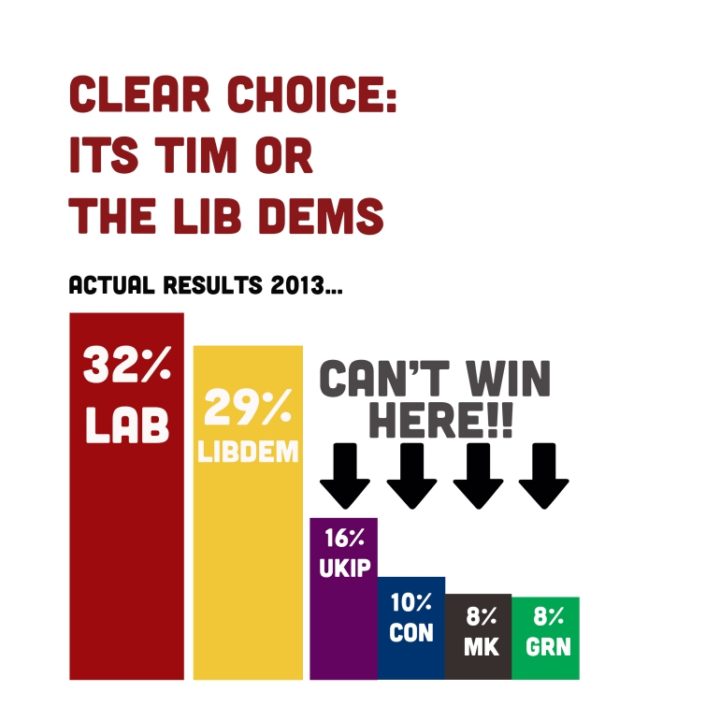 Dwelly hopes the electorate will be able to tell the difference:

There is no suggestion that the Lib Dems lied on the leaflet. These are the figures for the general election. But it is fair to suggest they are stretching the truth in a disingenuous manner. They are trying to convince the electorate that Labour cannot win; in an area where there is already a serving Labour councillor.

And this is important. The last time we voted, it was on Brexit. That campaign was riddled with lies and misdirection. Leave campaigners continually cited the £18bn paid into Europe without taking into account the rebate the UK receives. And many people voted to leave because they believed that the NHS would receive an extra £350m a week. That idea was quickly abandoned after the vote.

Against this backdrop, it is easy for people to feel disillusioned and apathetic about politics. And it’s disappointing, because the Lib Dems have previously done good work in the area. The party may be desperate to win votes. But doing so through disingenuous means is not the way to go about it.

The Canary contacted the Lib Dem candidate for comment but did not receive a response by the time of publication.

–  Support The Canary, so we can keep bringing you the regional news that matters.