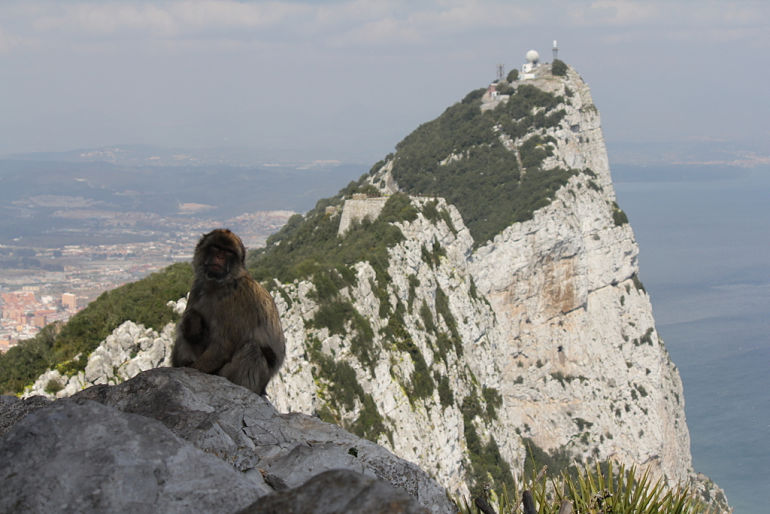 For days, Britain’s right-wing media has gone ape-shit over Gibraltar’s role in Brexit negotiations. But what was largely missing from the coverage was the idea that, for the Conservative government and British authorities, it’s far more than just a matter of sovereignty.

Arch-Thatcherite and former Tory leader Michael Howard was among the first to throw a spanner in the works over Gibraltar; implying that Britain could go to war if Gibraltar’s sovereignty was in dispute. The Guardian quickly responded by saying:

The possibility of armed conflict with Spain over Gibraltar seems so utterly absurd it’s laughable… This isn’t even like the Falklands – there aren’t any lucrative oil fields and fisheries to secure.

But in reality, Gibraltar is very valuable to Britain. And deep within the Rock of Gibraltar is a clue as to why sovereignty is not the only issue at play.

Inside the Rock are 38 miles of tunnels and hewn-out caverns. They’ve been there for two hundred years. And some of those tunnels house installations crucial to Britain’s global intelligence-gathering capability. These Signal intelligence (SIGINT) facilities form part of Echelon; which links into the so-called ‘Five Eyes’ network. That network connects the surveillance technologies of the UK, the US, Australia, New Zealand, and Canada.

There are also sub-stations in addition to the Five Eyes. And Gibraltar is one of these (though it’s not listed as a separate eye because it’s essentially part of the UK). It passes the communications and surveillance intelligence data it gathers directly on to Britain’s GCHQ in Cheltenham; and from there to the other Fives Eyes members.

Author of Libertad Vigilada (‘Monitored Freedom‘) Nacho García Mostazo claims there are two SIGINT centres in Gibraltar. One in the highest point of the the Rock (see featured image). It is inside a site signposted as a “Signals Station” and has a circular aerial covered by a dome. The other is allegedly disguised as a civilian communications centre. It is signposted as “Terrestrial Satellite Station and Operation Centre” and owned by the “Afro-Asian Satellite Communication Ltd”.

The inevitable Brexit clash over Gibraltar

To lose a facility such as Gibraltar would be a big loss for Britain. And it’s not just about signal intelligence. The territory is a strategic gem, lying right between the Mediterranean Sea and the Atlantic Ocean. It’s also a tax haven (while not a sovereign nation). And as such, it would be a huge asset to Spain (or the EU) if it ever rejected its status as a British Overseas Territory.

Theresa May might well laugh off statements from people like Michael Howard. But she can’t ignore the fact that Gibraltar is Britain’s second border with an EU country (the other being Northern Ireland); or that its economic status will inevitably be up for discussion in the Brexit negotiations no matter how much she underplayed the issue when triggering Article 50.

The need for good relations

But putting right-wing sabre-rattling to one side, Gibraltarians are a diverse lot. Some sought refuge there from the fascists during and after the Spanish Civil War. And thousands of Spaniards cross the border every day to work there. In return, the people of Gibraltar can trade freely with the people of Spain. As The Guardian writes:

In short, Gibraltar’s open border has benefited (and continues to benefit) everyone involved. This also helps to explain why almost all Gibraltarians voted, probably to the dismay of Britain’s right-wing press, against Brexit. And while the Tory government will want to avoid losing the territory at all costs, the right’s current war of words with Spain is the last thing Gibraltar needs as it seeks to maintain its positive relations with its large northern neighbour.

– See more on Gibraltar from The Canary.