You've probably seen that United Airlines footage. But there's another aeroplane video everyone should watch - Canary 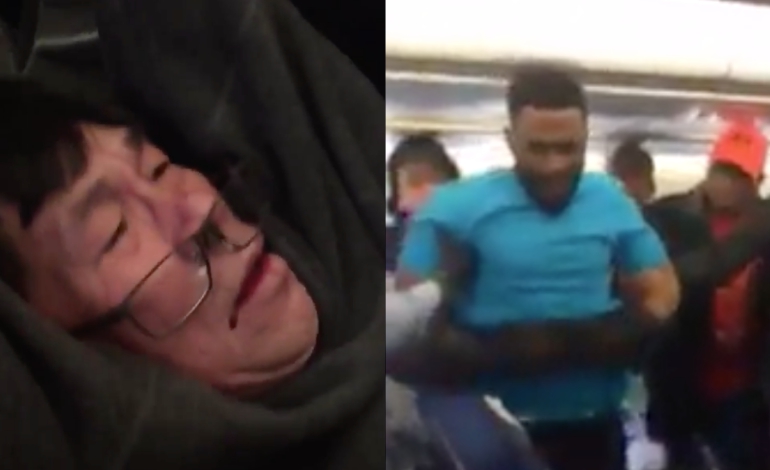 A video showing a doctor being removed from a United Airlines flight has gone viral and received wide media coverage. And rightly so. But another video released from a plane this week also deserves to go viral. It shows passengers standing up to the attempted deportation of a Nigerian man.

A KLM flight was due to fly from Amsterdam to Lagos, Nigeria. But it was delayed after officials brought on a handcuffed passenger who they were deporting. According to reports, he was being deported because he didn’t have documentation.

But other passengers were not happy. And they were not going to put up with a fellow passenger being handcuffed and deported on their flight. People stood in the aisles and refused to sit down until he was removed from the plane.

One of the men filming and protesting is heard saying to the intended deportee:

You’re not going with us. He’s not going.

Despite repeated attempts to make them return to their seats, the passengers refuse to comply, saying:

We want to see him down.

And when an air hostess tries to stop them filming, one man replies:

This is my brother. They don’t treat you like that. That’s not fair.

But the direct solidarity of the passengers is effective. And the man is taken off the flight.

And the actions of the people on this flight appear to be in direct contrast with the passengers on the United Airlines flight. Videos released show, that while people are angry at the way the doctor is treated, they do not seem willing to do anything about it. They film and shout, but they appear to remain in their seats:

The man later appeared back on the plane, covered in blood and in obvious distress:

@united @CNN @FoxNews @WHAS11 Man forcibly removed from plane somehow gets back on still bloody from being removed pic.twitter.com/njS3nC0pDl

Obviously, these short videos do not show the full picture. Passengers on the United Airlines flight were outraged. And their subsequent actions have ensured the company does not get away with this behaviour.

But the passengers on the KLM flight show what you can achieve with direct solidarity. And that you can both film an injustice and prevent it from happening at the same time. In a world when so often our first reaction is to grab our smart phones to record what’s happening, this is an important lesson to remember.