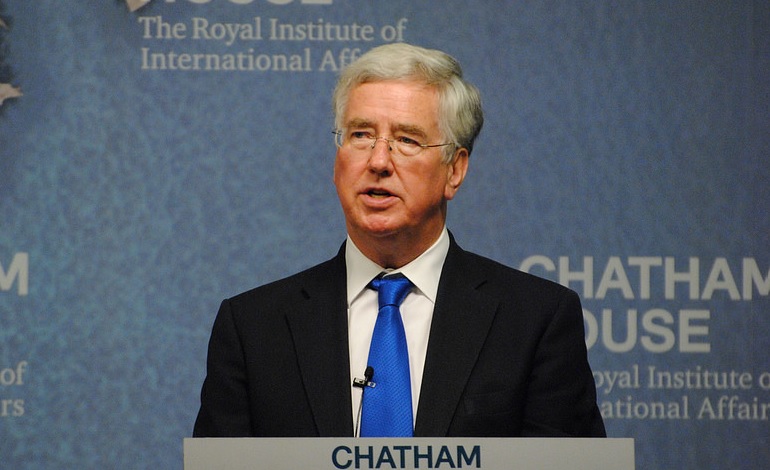 It’s already clear that part of the Conservative government’s general election strategy is to peg itself as ‘militarily tough’. And to prove that, Defence Secretary Michael Fallon has made an astonishing claim. One that essentially signs the UK’s death warrant.

The UK will, he asserts, not hesitate to fire nuclear weapons in a first strike. That means the Tories won’t wait until the UK is under attack in some way to start a global nuclear war. It will just start firing at will. This is a complete break from the UK’s historical stance. And it’s one that, considering the UK’s size, could conclude with the country lying at the bottom of the Atlantic Ocean.

We’ll show ’em what the UK’s made of

The UK’s nuclear arsenal is up for renewal, which will potentially cost taxpayers over £200bn. Its renewal is in violation of the UK’s commitment to the Treaty on the Non-Proliferation of Nuclear Weapons (NPT). But a number of politicians and their backers profit from Trident’s existence. So, unsurprisingly, it’s quite popular in parliament.

The largely US-owned Trident system puts 215 nuclear warheads at the UK’s disposal, according to the Arms Control Association (ACA). But as the graphic below shows, that’s minuscule in comparison to the stockpile of some other countries. 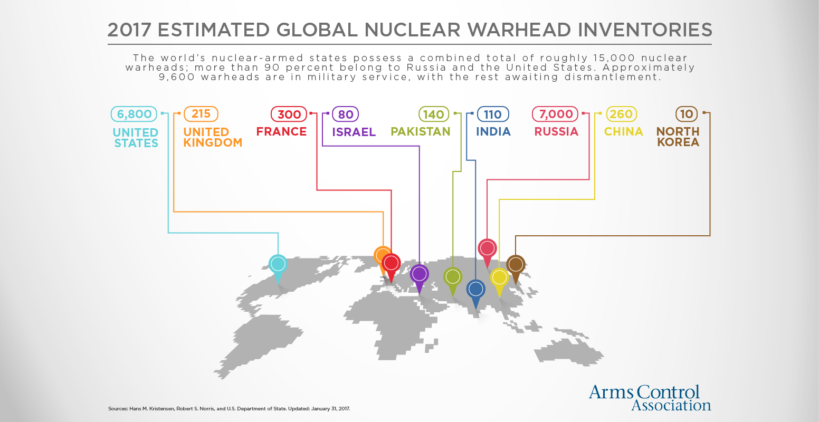 Fallon tempered his “first strike” bravado with a condition: that the Tories would do so only in “the most extreme circumstances”. But he refused to say what those circumstances would be. Or which country he had in mind when making the threat.

But, in terms of defence, there has been one country firmly at the forefront of UK ministers’ minds over the last few years: Russia. It was the hot topic at a Commons Defence Committee meeting in December 2016. A session where Fallon asserted we’d be ready for war with Russia by 2018/19. In 2015, meanwhile, the country received a listing as a top-tier threat in the UK’s National Security Strategy (NSS). And, of course, NATO has stationed troops (including ones from the UK) directly on Russia’s borders.

So let’s use Russia as the hypothesis for Fallon’s first strike. There’s limited information about Trident’s force. But commentators say that today’s nuclear weapons are around seven to eight times more powerful than the atomic bomb the US used on Hiroshima in 1945. That bomb killed 140,000 people. And Trident can allegedly travel up to 7,500 miles. So it could reach Russia and kill masses of civilians.

But Russia, as the graphic above shows, has 7,000 nuclear warheads; of which 4,500 are either deployed or stockpiled. That’s around 33 times more warheads than the UK has. And Russia’s weapons will be just as powerful, if not more so. Take the Satan 2 missile as an example. It can allegedly carry up to a dozen warheads and level an area the size of the UK in one hit. The UK has a population of around 65 million people.

And if that sort of nuclear conflict kicked off, the US would surely join the fray, with its 6,800 warheads. The US has just over 4,000 of these deployed or stockpiled.

This would be a global catastrophe. One Hiroshima survivor described what it’s like to experience a single, much weaker bomb:

Some fell to the ground and their stomachs already expanded full, burst and organs fell out… Others had skin falling off them and others still were carrying limbs. And one in particular was carrying their eyeballs in their hand.

The survivor was talking about her school friends.

The Tories are a danger to society

Perhaps it’s not Russia that Fallon has in mind. But one Russian senator certainly expected Fallon’s comment to be about a nuclear power. And he predicted that such action could see the UK “literally wiped off from the face of the earth” in a counter-strike.

Fallon could indeed have had any number of countries in mind. But with the geopolitical strategic alliances around the world, no first strike against anyone is likely to go unanswered. That doesn’t seem to concern Fallon or Prime Minister Theresa May, though. They’re willing to kill. And they must know that there would almost certainly be consequences for their own citizens too.

In any case, they’ll have shown the world how tough they are. Or “strong and stable”, as the Tories like to say. Many, however, would describe such action as reckless, cold-blooded and dangerous. A menace, if you will, to the world at large. And the worst sort of leadership to take the UK forward.

– Take action with the Campaign Against Arms Trade.